Having used 1.3 a lot now i feel the stability of the iPad client/Core server has gone from pretty good to quite bad…
Often when editing content the Control struggles to perform the operation and times out: 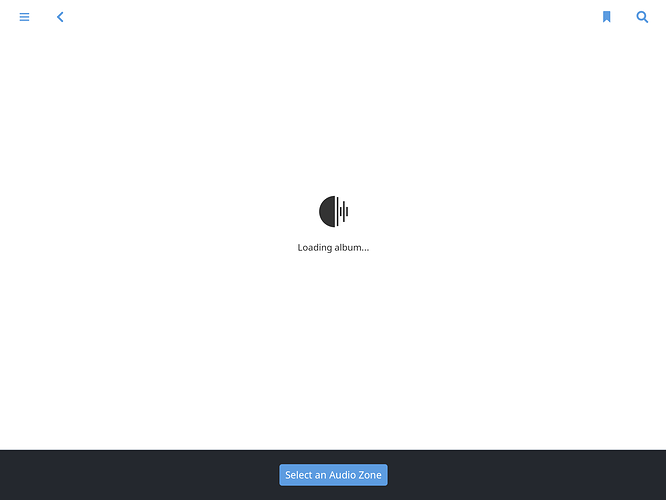 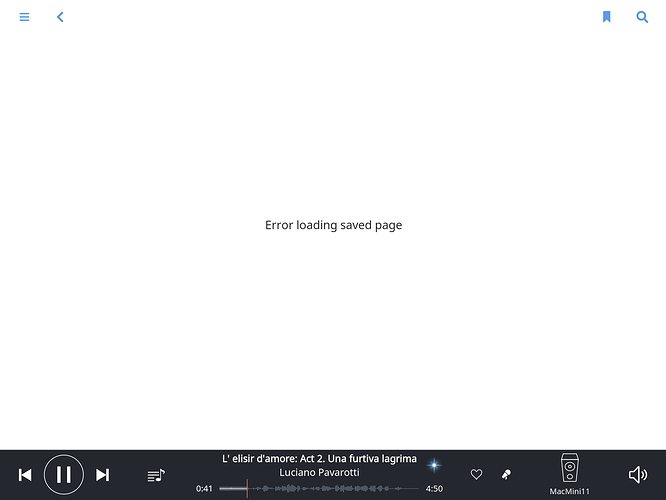 Usually i seem to be able to start again by “killing” the Roon app and restarting it. When clicking on the album/artist again it usually loads quickly, like most opetations in 1.3 does.
The same behavior has been found when editing Radio channels, tinkering with the DSP-functions and other views too.
I dont use the desktop client very much but cannot say i’ve seem similar behaviour there.

My setup:
Roon Core native on a QNaP TS-470 Pro i3-3220/16Gb RAM (on SSD)
About 60K files, majority in uncompressed FLAC redbook. Some 200 albums in high rez and ca 150 of these in DSD (.dsf-files)
Playing to a MacMini running Roon Bridge over ethernet (cat 5 cabled) and then USB to Audiobyte Black Dragon. Also playing to various Raspberry Pi’s running DietPi and Roon Bridge.
All controlled wirelessly from either an iPad Air or an iPad Mini 2, both suffer from time outs…

I’m seeing this frequently. I raised it as a negative in the 1.3 feedback thread. The Core/Remote architecture just seems a lttle less stable in this release.

Yup, have seem that scenario too, but it was a couple of days ago when the builds were being delivered. After each update i have restarted my iPads and also the Roon Core, sometimes performing manual backup.

Agreed, i did some maintenance on my library this afternoon and while checking and reidentifying some 25-30 albums i had to restart the iPad App about five times.

Inceidentally, my issues have been with Windows and Mac remotes, so the problem could be something more generic that the iPad remote itself.

Just took delivery of Build 196 of the iPad app!
Started with a bang so to speak!

Started the app and play back stopped and lost connection with the core… Killed the app,restarted it, and right now it seems to work.
I didnt realize there would be a Build 196 for iOS so i hope this fixes some of these stability issues.

I’m having the same problems from Android.

I’ve also found the iPad app can be slow and unresponsive.

Now with build 200 in place on the core and controllers the communication seems a lot more stable! Have tried a few manouvers that previously almost certainly led to a hung app, but now they seem to work fine!

Thank you, gentlemen (and occasional ladies) of Roon staff!

However, when I use the remote app on my iPad, the remote works just fine with files on one external hard drive (the 6TB), but is basically unusable with files on the other, second hard drive (the 4TB). The app doesn’t lose connection with the Core, but the touch screen is unresponsive – it loads the album much slower, and then scrolling and other features just don’t work. I touch the screen and nothing happens. I transferred the unresponsive files to a new hard drive (the 4TB now in use), thinking that might be the problem, but it didn’t make any difference.

I tried connecting the problematic hard drive directly to the laptop and it didn’t make any difference, so I don’t think the USB hub is the problem. One other factor I’ve considered is that the files on the HD that is unresponsive on the remote app were more recently added to my database – but everything is now scanned and analysed.

I used the same set up with 1.2 and never had any remote app issues like this.

Any ideas why the remote might be responsive with one hard drive but not the other?

Just to add a data point; It’s stable as ever here with all 1.3 builds thus far.