1.6 - lyrics not scrolling on now playing

Great Release! Search is much improved and the new Radio function is great - much better in both cases so far.

One annoying issue - lyrics do not scroll with music consistently. I’m on a Windows PC … they scroll sometimes when toggling Lyrics on and off but are inconsistent and usually not scrolling. So far 1 lyric scrolling song for every 3/4 not scrolling.

Only lyrics with the little microphone symbol scroll

Nope, only lyrics with the little clock icon by the microphone scroll…

I think it depends on whether the lyrics (from the source providers) have timecode info to allow Roon to scroll accurately.

Lyrics not scrolling with the music on a Mac either, not in any of the two versions of lyrics… and very big text in the new one.

This is for a track with Real-Time Lyrics?

Keep in mind we can only synchronize lyrics when we have timecode information – in the screenshot below, we will scroll lyrics for “La Jura” but not for “Flecha Al Sol”:

Yep - it’s working for real time lyric songs as per your note … those without the special microphone icon don’t scroll and those with it do - my mistake. I have never really payed attention to the lyrics feature before. Strange that popular songs don’t have timed lyrics … thanks 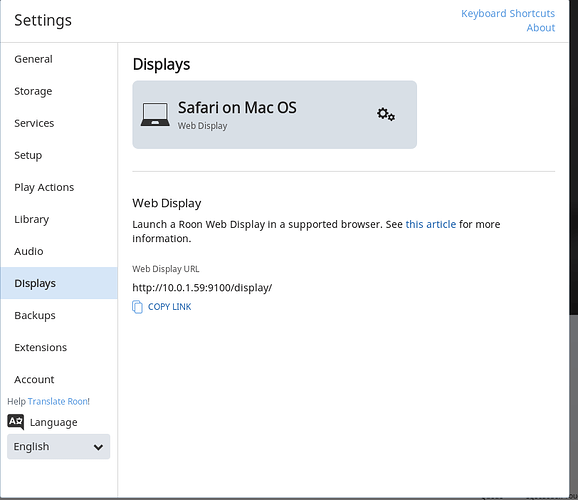 Lyrics in version 1.6 is a step backwards Roon Software

The real problem is how Roon handles lyrics that do NOT automatically stream.

Roon now shows the lyrics in huge block letters whether they stream or not, instead of in a box of text as previously. That means that if the lyrics fail to automatically stream, we must laboriously and manually scroll down, one line at a time. And laboriously scroll one line after another.

Since there appear to be a large number of songs from famous artists, ranging from Sinatra to Springstreen, that do not automatically stream, this is effectively kills the lyrics feature for many songs.

This is a case where version 1.6 is a step forward about half of the time when automatic streaming is available, and a significant step backwards for the rest of the time when we must manually scroll one line at a time.

Roon needs to distinguish between those two scenarios. Use the large line of text for automatic streaming of lyrics. In a home theater, when read across the room on a large TV, this new feature as implemented in version 1.6 is wonderful and works very well.

On the other hand, when streaming of lyrics is not available, Roon needs to use the box of text as in the previous version of Roon, and let users select the font size. Then a user only needs to manually scroll down once or twice to move the box of text down. This is particularly important in a home theater setting, when it is awkward and essentially impossible to scroll down one line at a time using a wireless keyboard while looking at a screen.

In the thread quoted above, Brian, the Roon CTO, said he recognizes the problem, and it is possible for Roon to distinguish between those two scenarios – and distinguish between songs that stream lyrics, versus those that do not. I greatly appreciate the quick response from Brian. That would mean that Roon can bring back the block of text for lyrics that do not automatically stream.

I am therefore hopeful that is something that Roon can fix in the short term, meaning within weeks rather than months. Roon first said that they were working on streaming lyrics well over one year ago. I am hoping it won’t take that long to fix the problem created by version 1.6.

Is that a realistic expectation?

Interesting your comment.
For me, I still prefer the big large line of text for both automatic streaming and for static lyrics (when I need to scroll manually) implemented in 1.6.

I hated the previous box of text (that still in the Android version of roon).

So I hope roon don’t “fix” the new better design.