1.8 (764) (SOLVED) If only one track of an album is being modified, in album view this album is shown twice

One or more tracks of an album are modified by an external tool (more precicly: tags of that tracks which are irrelevant to roon) and then reimported to the folder watched by Roon. Then this album is shown tiwce in the album view: 1. the complete album 2. the album containing only the changed tracks. 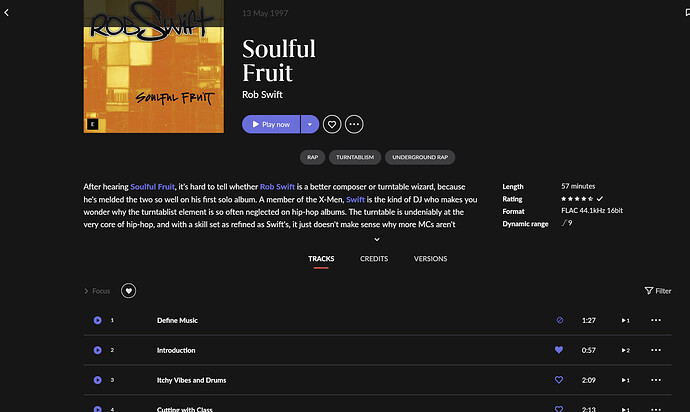 What is more, in the album view “Sorted by date added” i see only the fragmented albums as the freshly added ones. But this is not a track view, this should be an album view!

Could you please show every album only once? No problem, if the time stamp of addition for the entire album changes to that of the reimported track(s).

In the watched folder the album is consistent, but of course the modified track has another time stamp: 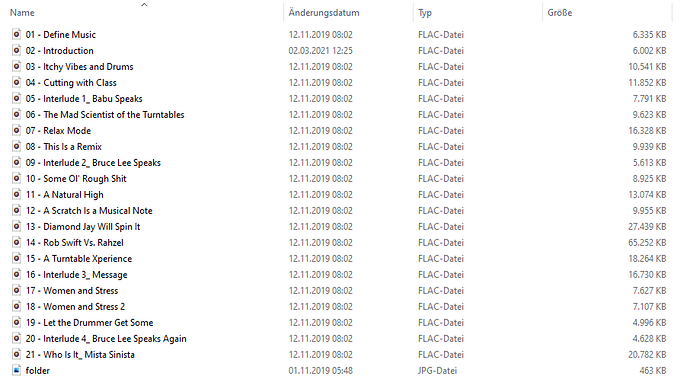 The modified track in Roon has lost the like/heart and the number plays. OK, I could live with this, but not with multiple views of identical albums.

SOLVED! I found that the file sync app creates a folder for versioning. I have to exclude that folder in ROON so everything is OK. Sorry