1.8. Not able to add a specific album from Tidal

I try to add the album Guitarissimo XL from Tidal to my library. After adding the album is not added and the screen changes to screen that says “album was deleted” and in another try “album not found”.
But I can play it - see screenshots.
Adding other albums works as intended. 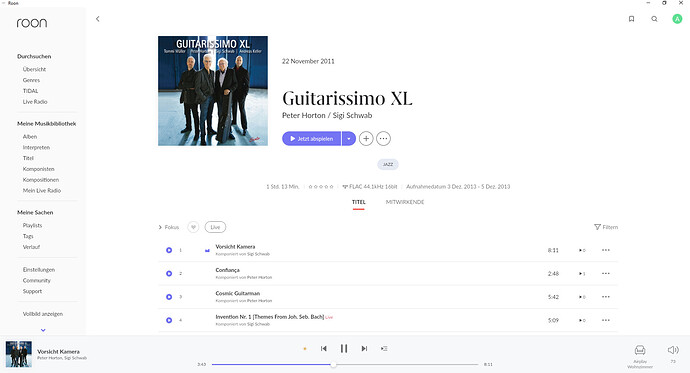 After pressing the + button 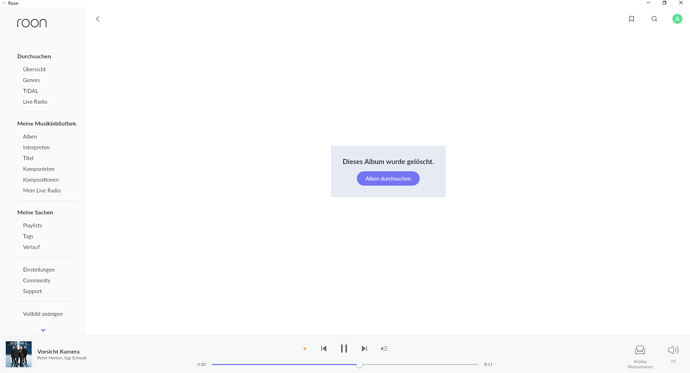 Never saw that before

If so can you try adding once more and make a note of the time you see the error? We’ll enable diagnostics and take a look.

Yes every time. Tried it a few times in the last days, if it was only a temporary thing.
And it is the only album I ever saw this problem.
Core was restarted once a day.

Maybe it’s related to the fact that it’s one of the albums that was removed from Tidal (and thus from my Roon library) and re-inserted with a new ID.

I seem to be having this issue as well. It’s only with some albums (adding Tidal albums in Roon).