@Support, when restarting Roon on an os x machine (1.8GHz with SSD, 2009 MacBook air), with all the software in latest versions, Roon behaves abnormally, as it - notoriously and always -enters a peculiar state of 100% cpu usage for 3-4 minutes. Then it behaves normally. Roon is the only software with this behavior on this machine, except that the reason for restarting the machine now and then can be that the “Kernel” process of OS X is escalating cpu usage for no known reason.

Roon DB update is set to Throttling, but this is obviously ignored. See the red/blue notification icon showing this in a 70/30 divisioning between app and system cpu usage.

What is going on? How can I stop Roon from being this overeager? This behavior is also of newer date. Roon was always eager upon startup, although much less eager in earlier versions.

My user need? I simply want a swift startup and start playing. No need to revamp the whole database just because of a restart. I would strongly prefer that Roon did not, or at least, did it on the backburner.

Either the throttling feature must be obeyed in a better way, or I need a new feature of the nature “do not survey everything upon startup, just continue immediately with the last activity that was stored in persistency”. 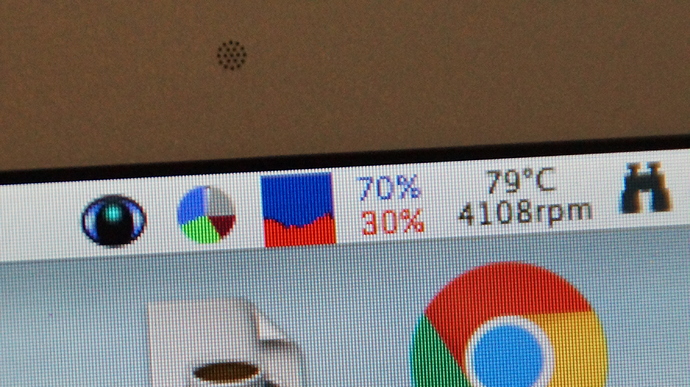 It’s running a scan of your watched folders on startup, that’s what it does.

… and I’m not sure the 1.8GHz Core2Duo processor and 2GB RAM your MBA has meets Roon’s recommended minimum requirements

There is much to said about being at least at the minimal recommended spec when running a server based setup like Roon. Just like you don’t take honda city to the racetrack and wonder why the nsx is gone before you get to 2nd gear.

thanks, I needed a good laugh

Roon DB update is set to Throttling, but this is obviously ignored.

Unless I am wrong, the “Throttled” setting only applies to either Initial or ON-Demand Audio Analysis. It has nothing to do with basic day to day scanning, data rescan on start, or any of the basic database maintenance scans. As far as I know, there are no settings that allow alteration of these server processes.

Unless I am wrong, the “Throttled” setting only applies to either Initial or ON-Demand Audio Analysis. It has nothing to do with basic day to day scanning, data rescan on start, or any of the basic database maintenance scans.

This is all correct, nor does it have anything to do with background metadata updates or DSP – it’s only about how much CPU is used for file analysis.

I come from decades in R&D environments where the normal case is always a very powerful machinery at disposal. Part of my motivation for reporting this problem, is to notify developers that customers may have less powerful machinery. The other part is to put my mac in a better mood. If evan gets a good laugh, that’s still great. Absolutely.

And throttling or not, please allow for a metaphor: I once owned a bunch of trotter horses; among them fabulous More Chips. This horse was in 2002 invited to run against the European elite. After careful consideration on whether our horse had enough “chips”, we accepted and went to Jagersro race track.

After a severe initial crisis with galopp, horse #1, More Chips came with lightening speed in the finish and was one tiny centimeter from top tree. Time was 1:10:5, and I believe this is still the Norwegian record. What an amazing experience. See the race.

We learned that More Chips had more than enough “chips” available. That day, he was the 4th fastest trotter on the globe, and this is what I tell the Mac running 1.8GHz + SSD; “Hang in there, maccy, while I lecture a little in the roon forum. DO NOT GIVE UP!”

It means there is hope also for Roon with the unintentional slight of a start galopp, doesn’t it?

PS: Also from 2002, you can see our FreePad (a tablet type of forerunner) running MPEG2 quality video, wirelessly, on a 0.256Ghz kindergarten processor. It appeared very bleeding edge at the time, but the secret is that it was not that hard, we made efficient code. It is a matter of efficient use of technology. 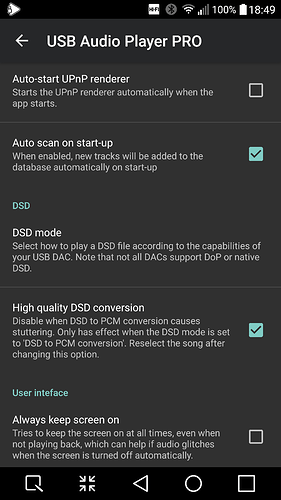 So, to summarise then: Roon have been quite clear from the outset re the hardware requirements for a good experience. You have wilfully chosen to ignore the requirements, imply their code is inefficient and expect that their code be modified to cater for kit that doesn’t meet their spec.

I concur with point 2, which is basically implementing point 1, but otherwise, with all due respect, I think you’re assuming way too much.

The days when we were bound by technology are gone. We no longer need to restrict ourselves to flea powered processors to keep heat down, or minimum memory because of its expense. An 8 year old PC is distinctly long in the tooth. My 5 year old tablet gets no more OS updates and is slowly dieing a death as all development is geared towards ‘Airs and Pros’. I’m not going to Apple and demanding they make my old tablet relevant again. Time and technology can’t stand still.

Posted from a 5 year old iPad 3 that takes an age to download and install updates.

You wouldn’t by any chance have a horse in this race would you, as you seem to take delight in telling the Roonies how wrong they keep getting it?

@NickB, you got it wrong. Reporting an issue is not taking delight. At Roon developers sovereign discretion, such action is a candidate contribution to a possibly better product.

I do agree @Henry_Mcleod, that time moves on and that a vintage pc works if it works, but this is a general remark from your hand that is meant to dilute my particular report. My error report was concrete on a particular issue found and I would appreciate it if your comments would be pinpointing to the particular issue. The other players on that mac does not conquer CPU in this manner, which means the machine can normally cope.

It is an excellent alternative to use an old pc as server if it can take the challenge. That’s what this Mac is doing, and it works very well.

This report was really addressed to the particular developer of this “startup analysis”, whoever it is. If at all possible, I would have sent the observation in a private message to the developer, or to a “suggestions for improvements” type of email address (USB Audio Player Pro uses that method). This would be to avoid all types of general remarks here in a forum. A forum for a product is always flooding with heroes that are prepared to protect and defend their product at all cost and whatsoever, in its current version and status.

In reality, development to the next and improved stage of performance is taking place ful speed ahead as we discuss silly things here. It means concurrent error/bug/suggetive reporting is relevant.

Ok Carl, a post on the forum will be interpreted and responded to by other members and opinion was given as part of this thread and it was opinion I responded to with an alternative. I won’t apologise for that but I will restrict my comments to more constructive ones in future.

No worries. With a knack for involuntary encountering obstacles in electronics, I simply report them, but that is with a left hand and not always super-elegantly written. Thanks for your response.