24 Preludes Not Treated as a Composition

…but it’s not. “24 Preludes, Op. 28” by Chopin should be grouped. Instead they are each identified as “24 Preludes” and appear as 24 separate compositions.

Please advise if this observation is correct; or, if I’m missing something.

Hum… grouped correctly in the performance I have: DGG 2008 remaster of Argerish’s 1975 recording. 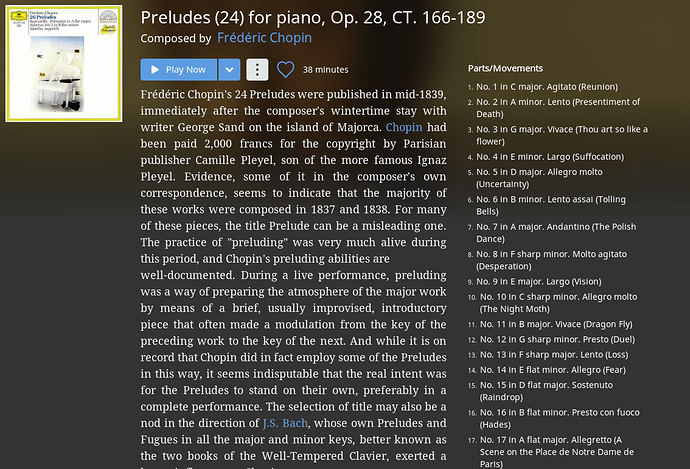 Your comment makes no sense in isolation. Roon treats Chopin’s op. 28 as one work. If you’re not seeing that you have bad metadata and need to be precise about what you’re seeing.

I’ll bet you meant to say, “Please post a screenshot of your album.” 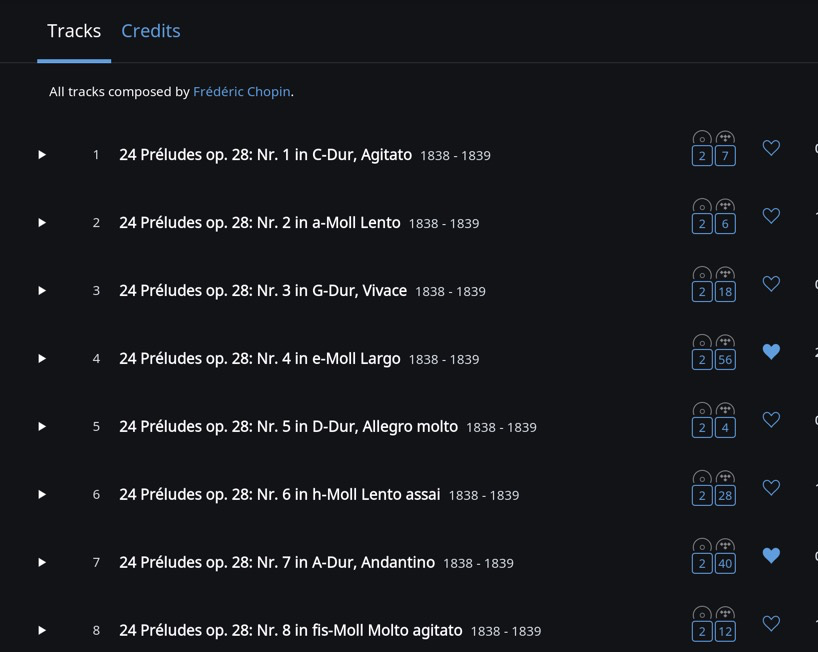 Sorry if you couldn’t interpret my description. By the way, if “bad metadata” is all you have to offer, never mind.

Thanks, Fernando. Roon’s ID for that particular album treated each prelude as a separate composition (see screenshot posted above). This was happening despite the accurate tags I had entered (including Roon’s WORK and PART).

The fix was simply to Prefer File Grouping. Problem solved! See below: 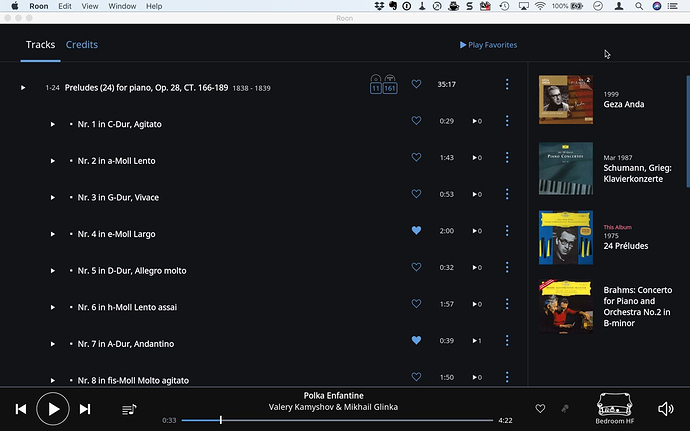 Good to know that trick! I guess the Roon metadata for that particular album is messed up, and does not link to the appropriate work record. I can’t find that album on Allmusic or Discogs, it must be a bit exotic (even though from the picture it looks like a DGG issue). I wonder where the metadata is coming from…

Well, I used a Geza Anda 24 Preludes that fit in every respect except for the cover art. IDed from MusicBrainz 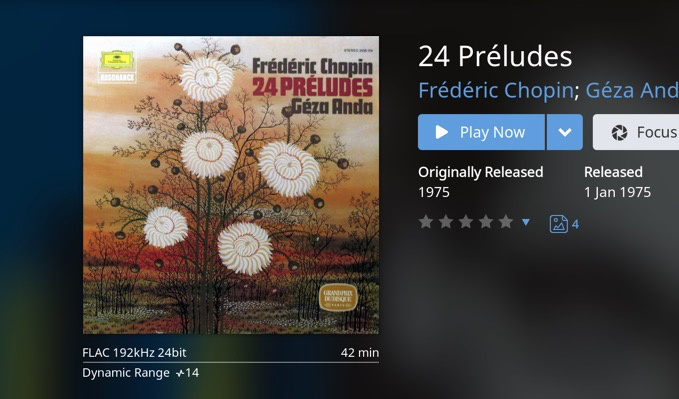 Actual cover from a vinyl rip:

Oh, the craziness of metadata for re-issues! Your original record is this one Allmusic does not have it. It has this one

but that’s a different pairing, and Discogs does not have it. The MusicBrainz one

seems to be of the same recording sessions as the one in Allmusic, based on track length info. And the recording date (1959) is the same as in the Discogs entry. So, I suspect these three different pieces of metadata are for the same recorded performance (remastered at least once), but there is no single metadata set that has all the appropriate information, so I’m not surprised that Roon’s ID heuristics borked.

I hope you don’t ever try to ID properly the performances in large box-set that assembles original performances somewhat differently from their original releases, as I did a while ago. Yikes!

Get this: I use Discogs and here are just the German Vinyl versions of the album from hell:

Ten choices! Now the two '59 versions are the only ones with my cover, so its gotta be one of those, yes? Well, strangely, and inexplicably, both version have only 18 tracks listed, not 25!!!

My head is hurting…having a drink now…I have some apologies to write Roon tomorrow for leaning on them about this ID process.