30 Day Music Challenge! You Have to Vote!

OK Music Lovers! Here’s the Dish, the Scoop, the News. I’m going to post One Album a Day. You have to Vote, and we’ll tally all votes at the end for an ordered list! All in good fun, but the rules are thus: 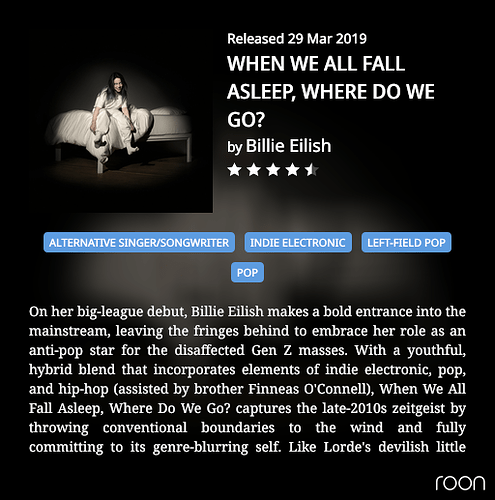 What a great idea! I love it!

Will all the albums be available on Tidal and/or Qobuz?

Sorry, I can’t listen to music I don’t like. I suspect your taste in music is not the same as mine. Have fun with it, though.

Thanks Jim, as stated, there will be a different album each day. You can always add a vote for the ones you like. And also as stated,the genres will vary.

Thanks Ralph. Absolutely. All albums will be available via Tidal.

Because I’m…lazy? And I’m forcing opinions a bit. I was just going to do a yes/no.

I won’t say how I voted but I did listen to the entire album and voted for less than the number of Grammys that she won. Hopefully the Grammy curse is still alive and well. In loving memory of Christopher Cross (yes you can Google him in case you don’t remember).

Ha. I have his debut album. It’s great.

Hopefully the Grammy curse is still alive and well. In loving memory of Christopher Cross (yes you can Google him in case you don’t remember).

Hmmmm…you suggesting she’ll quickly vanish just like the wind. Perhaps like Christopher, she’ll still be able to run like the wind 40 years later playing her hits to an adoring audience.

I’m not a fan, but I still reckon she’ll live on to record a few more successful albums (unlike Christopher).

She won’t vanish just like all the other grammy cursed artists did not vanish. What vanishes is the fickle tastes of popular music. For example Nora Jones is another artist that many claim suffered from the grammy curse and while she has never since achieved the popularity of breakthrough multiple grammy winning recording, she still releases great,albeit somewhat less popular, music on a regular basis.

But this discussion is about Billie Ellish’s album, which sounds a bit bass heavy and over processed at times. I guess the harsh bass does provide good contrast for her wispy vocals and that appears to be the winning formula in 2019/2020.

… which sounds a bit bass heavy and over processed at times. I guess the harsh bass does provide good contrast …

I agree here. I’ve come back to the album twice since and whilst Ellish has grown on me, I think overall it is a mixed bag with the production making the experience somewhat fatiguing. Top picks are all the good girls go to hell and wish you were gay.

Thanks for the votes guys! Don’t forget to weigh in to day 2. I’ll have something entirely different on each day.

Mine is a different take on Nora. I found her later albums a real disappointment. I think she actually went downhill; no perception, reality.

Another that may be headed the same way is Madeline Peyroux. Hers is a very distinctive voice that grows stale after a few cuts.

I think she actually went downhill; no perception, reality.

The only reality we can be sure of is that the sales of her albums went downhill. The rest is just personal opinion and taste.

I tried to listen to them out of curiosity. But they weren’t really my thing.

Okay, how about this statement: she has chosen to cater to a different audience.