This one is driving me crazy ! 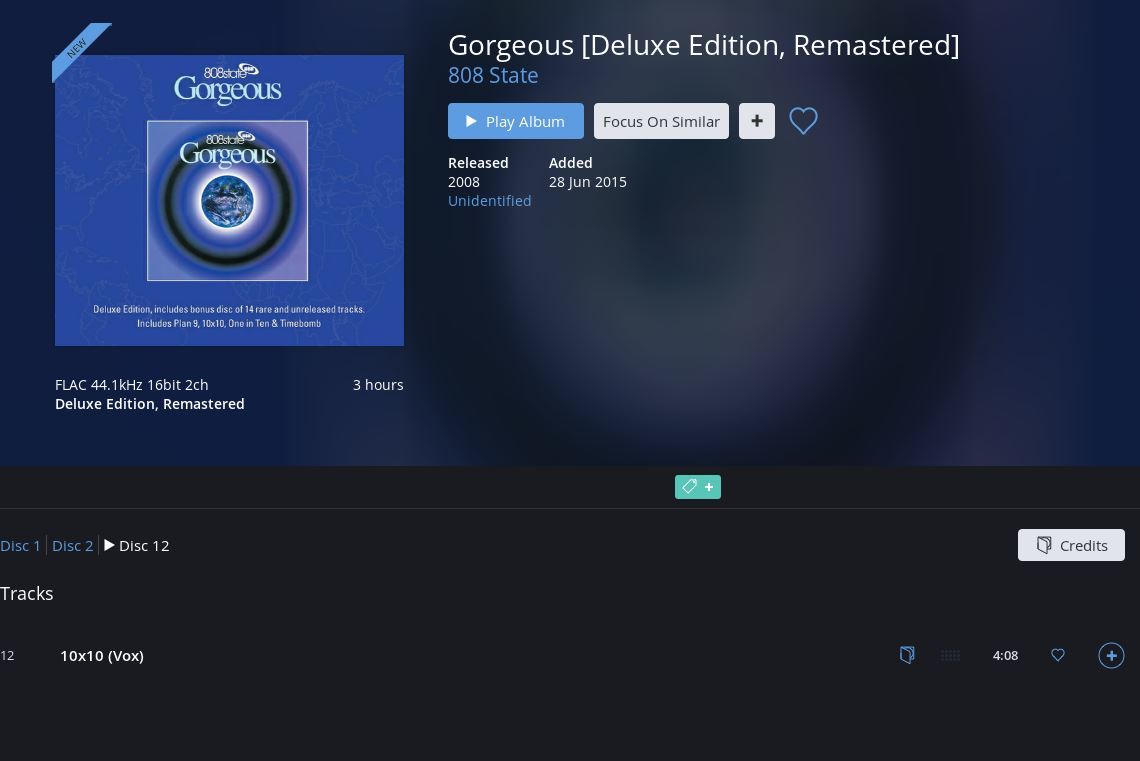 Disc 12 ?! I’ve looked through my metadata from top-to-bottom, I’ve even deleted it & re-ripped, but track 12 of disc 2 shows up as disc 12.
Also, this album highlights another problem that’s been mentioned elsewhere :-

Roon really struggles with this & I’ve had to resort to my own metadata to keep this album - and many others - in some semblance of order.

Whoops, have posted in “Meta”, not “MetaData”. This post can be moved - but perhaps you need to differentiate the two Categories a little more…?

@mike, Lets get a support pkg. This looks like a tag parsing/munging problem. I bet the ‘10’ at the start of the track title is screwing it up. Seems like it should be fixable if we can get a look at the data.

It would be a good time to get a handle on this, since fixing organizational issues like this usually winds up requiring an “updating databases” rigamarole, and we’re already going through that that for some of the other metadata work that is in the pipeline.