I get an artist named “A boy named Sue” when I add elton john madmen across the water cd. mp3tag doesn’t show anything funny 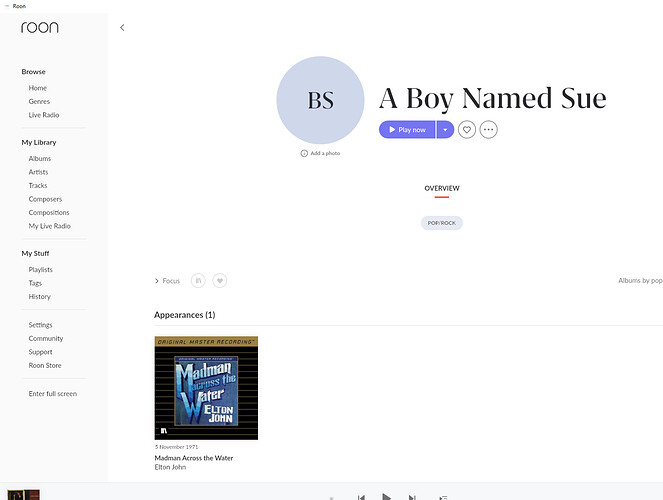 It also gets added correctly to elton john artist. if I delete the album from elton john it disappears also from a boy named sue. Then when I add it again, it shows up in both artist categories again.

I stepped thru each song line by line using mp3tag and every song correctly shows elton john as the artist.

Because they appear as a supporting artist on the album. Roon links to all artists that are in the credits to an album. That’s why it’s under Appearances. This is all part of the Roons advanced metadata to be able to deep dive to any linked artists to recordings. 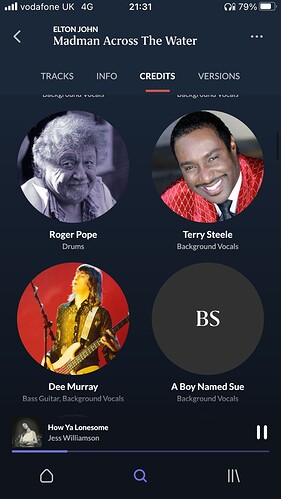 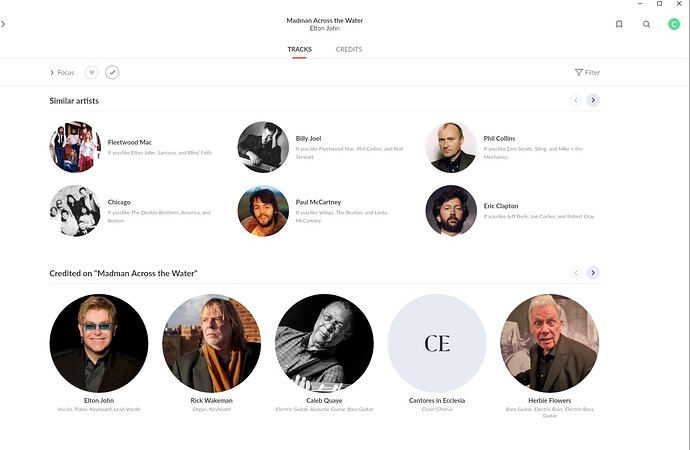 oh wait. if I scroll right and click all credits it’s there. Very good. Thanks again.

It’s possibly a mistake; it’s likely this is Sue from Sue & Sunny, who were singers in the Brotherhood of Man.

they are both in there. Thanks. 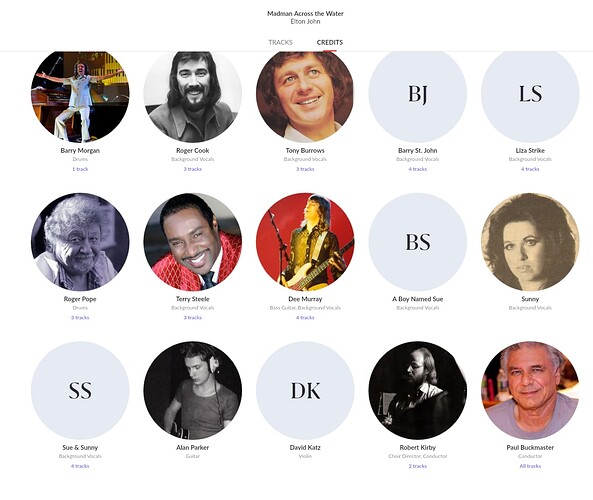 I’m suggesting it should link to Sue Glover, and not A Boy Named Sue.

understood your original comments. just initially thought both sue & sunny and “a boy named sue” might have been on the cd. But if I search for background singers name “a boy named sue” I couldn’t find anything. So you are probably correct that it is a mistake.

its got good data for sue and sunny 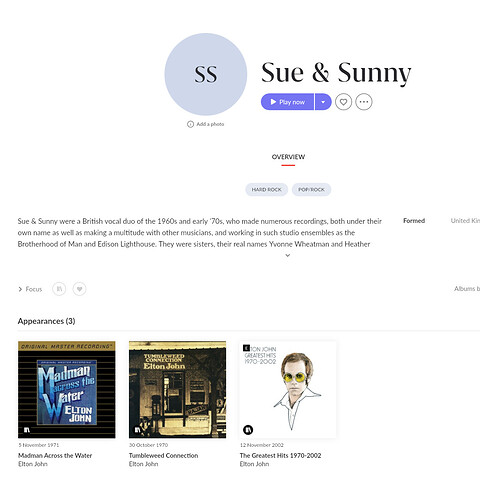 You could remove that artist from the albums if you want by editing the credits, both on an album and track level in Roon.