A date problem within roon? or a metadata bug? 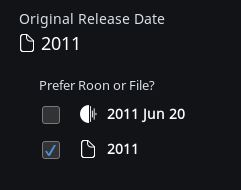 but roon picks a random 1974 for the recoding date on the main album view. 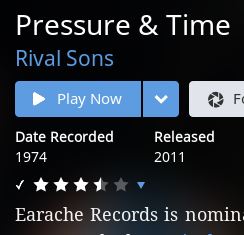 which is funny since I wasn’t aware that an artist did record an album likely before he was even born.

Is there really no validation of metadata so that albums could if ever be from the formed date onwards?
I’ll keep an eye on this if it’s really a metadata issue of if I could locate more but this one. I can’t think of something being that wrong, at least not if the edit album metadata section shows the correct date.

Anyone with an idea?

nope definately not … and I was also wrong with my assumption that roon turned the import settings.
It’s even worse.

when I look into the album edit it says

while in the metadate there’s 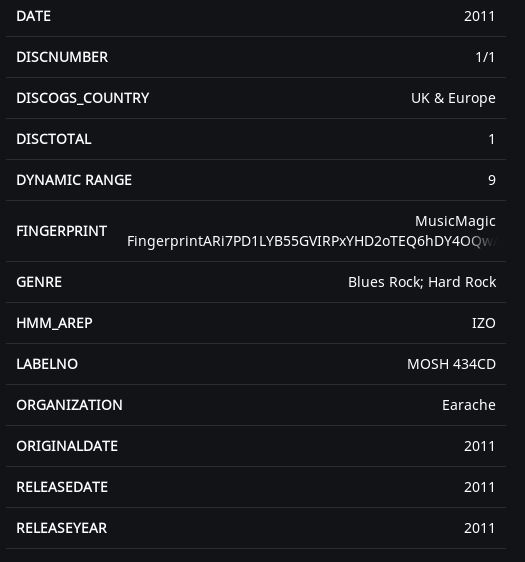 wonder where the 1974 recording year came from

heh heh. We were both responding to edited/deleted texts.

So all the dates on your screenshot are plausible. Look at allmusic to see what they have.

PS Hit the little pencil icon below the text to edit a post.

Check the recording location … whatever it means.

manually fixed it now. For god sake, perhaps either allmusic and/or roon could do a line preventing to serve metadata where a recording happened years before an artist formed. This simply makes no sense. Since no metadata is way better but wrong metadata, since if I need to manually check album by album this isn’t a real advantage against getting no metadata at all.

Ahhh. You want the “no error” metadata! No wonder you are upset.

Roon’s general approach is to take metadata as given. It does not intend to be Rovi’s editor.

Your approach to testing dates and such programmatically might have merit. You may want to make a Feature Request.

Now what do we make of this? It may be wrong - or not. What’s wrong is that Roon made a recording date out of it.

Seems to be the right place, btw: 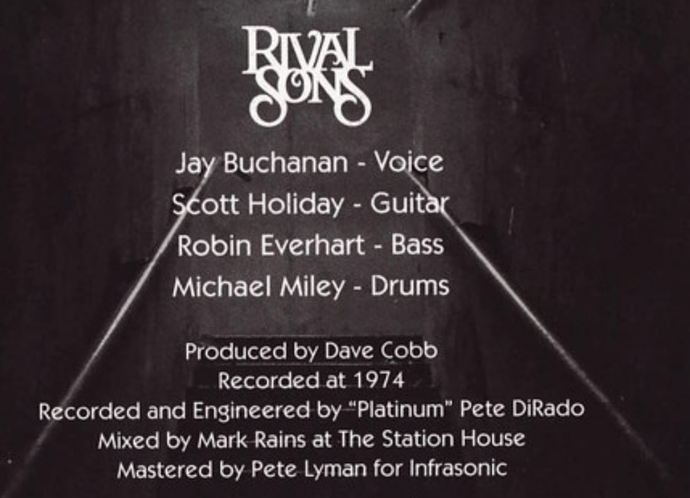 I reverted your edits so your original post is now visible. It seems that our metadata provider has given us incorrect information here. I will reach out to them and request that they make a change and will let you know when I hear back from them.

This is also something we are investigating making improvements to in the future. I can’t provide specifics at this time, but we hope to be able to better validate the dates that are being provided to us in the future.

Thanks for the feedback here, Stefan. We genuinely appreciate it!

It seems that our metadata provider has given us incorrect information here.

Please note that 1974 seems to be the studio (recording location). So at least on the website at allmusic the data would be correct.

Ahhh. You want the “no error” metadata! No wonder you are upset.

Nope, this is impossibe. Got some vinyls where the paperwork lists a differnt number of tracks, and some others where the playlength of tracks won’t match the vinyl in any way.
Same with CDs.
Thus, since the humans working at the publishers aren’t free from faults, one must be stupid to things the ones feeding amg, musicbrainz and others are that differnt

If roon adds more provider so that european and eastern content get listed differnt to “unknown” I might revert my settings. But I can’t stand having 25% artists without metadata.

Anyway … metadata issue and flawless music playing is way better but the other way round. Since so … ‘upset’ is surely wrong … ‘puzzled’ would fit.

I think/hope you took my comment as an attempt at humor.

But seriously, you would think Rovi, as the purveyor of data, would take extraordinary efforts to keep their data as complete as can be, and as error-free as can be. IMO, they aren’t there yet.

You’ve noticed that in this case R1/allmusic got it right, did you?

Oh yes, but I live in ClassicLand where the success rate is…well, not quite as high.

Our metadata provider has let us know that they have corrected this today. Please give this about a week to be reflected within Roon.