I ran across “The Dime Notes” (London), a ragtime/dixieland band outfit. With my Roon Radio turned on, I played “Alabama Bound.”

As it was about to finish, a warning came up, “Nothing similar found. Limiting Roon Radio to library.” Followed by…silence. Three other tracks received the same treatment.

To paraphrase an old game we used to play, “I doubt it!”

If you go off piste you have to break the trail yourself.

Well, I’m not exactly off piste. Piste off is more like it.

I just played Alabama Bound and got the same result. The track has now been played at least twice, maybe that will wake up the ghost in the Roon Radio machine and get it some love.

Alabamy Bound on this album may lead you in the right direction. 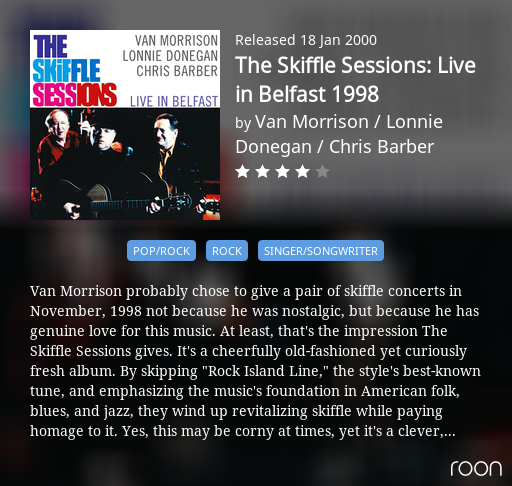 Thanks for the suggestion but I don’t think it is the same track. Besides different names ( Alabamy Bound vs Alabama Bound ) it has lyrics while Alabama Bound is an instrumental track.

For what it’s worth Roon Radio did play a Joni Mitchell track after Alabamy Bound which may or may not seem appropriate to Skiffle aficionados.

This is seriously weird. I did a search on Dixie Land Jazz on Qobuz. Everything, more or less, that came up has the same problem.

The algorithm will learn the more people play but if there are too few plays and subsequent tracks, below count of X, the algorithm will go into failsafe mode and not play anything rather than pick something “wrong”

I’ve had this with some brand new releases by known artists it just stopped after it even though there is plenty that could follow on.

Something not right here. Maybe roonies don’t like Dixie Land so I thought I would test it with some obscure genre. I don’t know what “Brill Building Pop” is either but it is a roon genre. So I did a search on Qobuz and got this, The Brill Building apparently was a hot bed of 50’s/60’s songwriting. 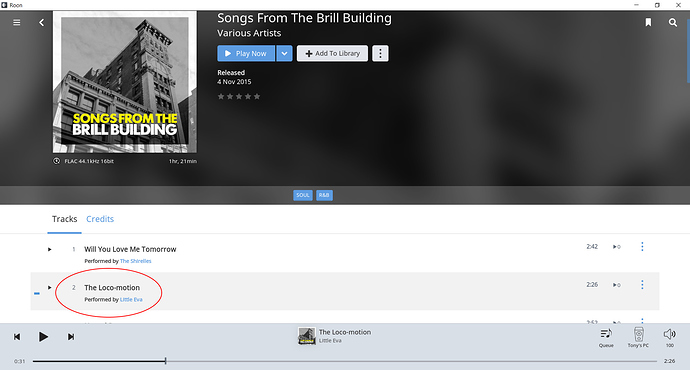 That is “The Loco-motion”. Finding nothing similar is like saying you cannot find anything similar to a loaf of bread.

The Brill Building is where all the songwriters had offices. It’s the origin of the Old Grey Whistle Test.

Yes. I see that now and that’s my point. How can it be that roon cannot find anything similar to absolute cornerstones of the pop canon? It’s totally bonkers that an AI needs training to do that.