I class this Desert Is album as one of the best in this large collection so cannot recommend it too highly for lovers of the piano and Tchaikovsky. These sisters have their own separate careers, specialising in different composers, so coming together on this brilliant album is special. The playing is both sensitive and spectacular. I’ll copy another blurb on it and the album cover FYI… Spoil yourself with this gift for Xmas - you will not be disappointed!

Together for the first time in the recording studio, the sisters Mari and Momo Kodama are on scintillating form in these lively arrangements of music from Tchaikovsky’s ballets Swan Lake, Sleeping Beauty and Nutcracker. In another first, the release contains the first ever recording of Arensky’s transcription of the timeless Nutcracker together with notable arrangements by Debussy and Rachmaninov.

Conceived on a grand scale, Tchaikovsky’s colourful, often passionate scores for the ballets Swan Lake, Sleeping Beauty and Nutcracker abound with graceful melodies, arresting harmonies and exuberant orchestration. The music has proved enduringly popular with audiences and rates among his most familiar and best-loved works. Composers such as Arensky, Debussy and Rachmaninov made arrangements of these works for piano, not mere reductions but wholesale realisations of the works, combining subtlety and insight with their own technical polish.

“Tchaikovsky was really the first composer to combine a broad sweep of ballet music with a great story,” the Kodama sisters write in their introduction to the release, “before that, it more resembled a compilation of pieces…in all three works there is folkloric and popular music. He has the great skill to make such vivid colours and textures on a large canvas… This makes his orchestral works very special.”
“Our challenge was to use just two pianos … to bring the same sense of scale,” they write, “with just two pianos the atmosphere is more intimate, it brings a different quality to the music. And the composers who made the transcriptions brought their own personality to bear on the works. So we tried to reflect that in our playing.”

The sisters Mari and Momo Kodama both pursue busy international careers. Momo specialises in French and Japanese composers and 20th century and contemporary composers; she has been widely praised for her ‘attractive, lyrical tone’ and ‘technical brilliance’. Mari has established an international reputation for profound musicality and articulate virtuosity; she has recorded extensively for PENTATONE, including an acclaimed cycle of the complete Beethoven piano sonatas.
“We are quite different pianists and have our own ideas and approaches,” they write, “so we have spirited discussions. But we always find we are aiming for the same thing, usually from a different angle. So it’s been fun to record these works and it has brought us a lot of sisterly joy too!” 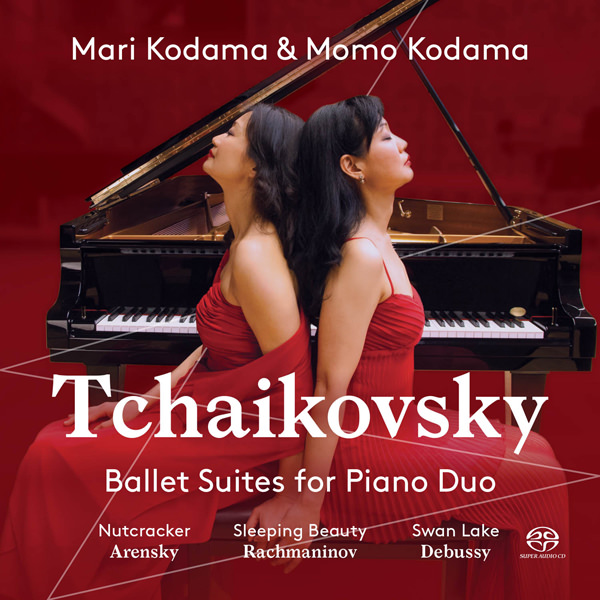