A Test File for Component Comparison

Do you have a file you have ripped, purchased and/or stream that serves as a standard by which you assess your system, modifications or prospective purchases?

(History: Many years ago, I would go to this stereo shop in Charleston, SC. They always had a selection of half-speed masters, direct to disc etc albums. I used them when I would go audition equipment. Although I have these discs now unplayed for decades, I have never come upon a “file” that serves as a benchmark for me. Would like to. The aforementioned LPs were acoustic recordings, often jazz in small settings).

This is one where you might get more help than you want from me if your not careful. I have a bunch, ranging from:

That’s quite a lot of files and most have been with me 5+ years, many 10+ . Am always open to adding new stuff …

edit Am always a bit skeptical of the small Jazz group tests. A lot of these are in the well recorded, if this doesn’t sound right then you have real problems, class for me.

Thank you, but I worded my question incorrectly. I was not seeking assistance, merely a preference that someone may have.

I could/should have said “what single file illustrates the best of your system to you?” This would be something that you really enjoy and that you would take with you to audition equipment because it has a certain impact upon you, and you know it so well.

That’s a more focussed one. My oldest tracks are both guilty pleasures. I’ve listened to War of the World’s since close to when I was old enough to play records. I know it so well that I can tell a lot about a system from listening to it. The other is the original movie cast of Oklahoma for similar reasons…

Those are good and personal. That’s to what I was referring.

There was a highly touted album decades ago called “Music for Boom, Baroom and Harp” . I do not know it if were ever released as a file, but I owned the LP long before it was recommended.

Like many, I receive offers of digital downloads but have never purchased one.

And the Mad Magazine, was it Musically Mad was also highly recommended. My copies are very old. 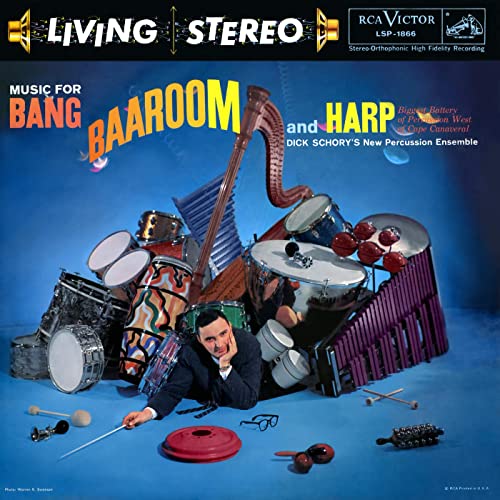