I finally got a chance to sit down and listen to the CD. I like it overall. Like most albums I have, I like some tracks much better than others. To be fair, it’s very rare I ever come across an album by any artist where I really like all the tracks.

I didn’t notice that. There seems to be a couple seconds of silence between tracks (CD rip via Roon).

Well, looks like my cd player is in such a hurry!

I’ve just listened to it. Disappointed…

The melodies are still there to some extent, but the lyrics are crass and frankly quite embarrassing.

I’m playing this after listening to ‘Voyage’. 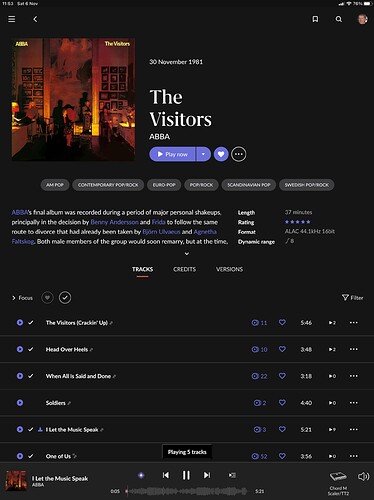 An absolutely beautiful album. They should have stopped here. 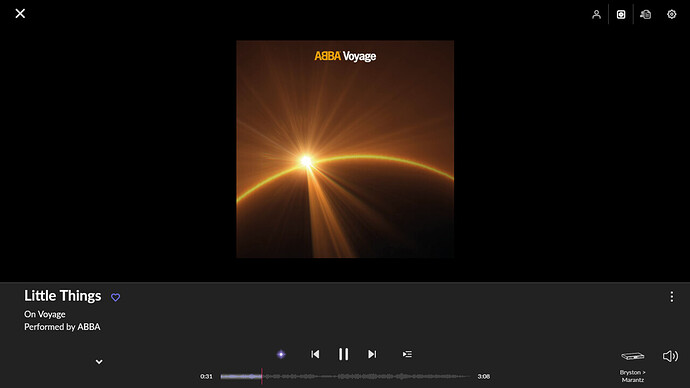 I kind of sense a bit of cynicism and the old fashionable-to-bash-ABBA attitude from the dark days of the 80s rearing its ugly head in some of the critics and reviews online. ABBA have always had a knack for slightly odd lyrics (Dum Dum Diddle, Two for the Price of One, King Kong Song, Nina Pretty Ballerina, etc.).

It feels very apt, and very moving to me to have them sing about co-parenting, relationship strife, getting back together and Mum and Dad having a cuddle on Christmas morning before the kids take over the day. I love the beautiful, gapless transition from Little Things into Don’t Shut Me Down - feels very musically organic even if lyrically the songs aren’t linked.

The reviews of the new album are very polarised. And I can understand why now.

I am very much the target audience, I think. I’ve been listening to ABBA probably since I was six or seven (and asking for ABBA to be played - it’s the first music that I chose to be played, and some of the first I bought for myself).

For me the musical beauty wins out above everything else, and the slightly off-beat lyrics only add to the charm. I love that ‘Ode to Freedom’ is one of those ABBA final-track specials to go alongside ‘The Way Old Friends Do’ and ‘Like an Angel Passing Through My Room’ (I always remove the bonus tracks from the queue when playing The Visitors). True - not their greatest album, but if they now truly have retired, a gorgeous coda to their discography. 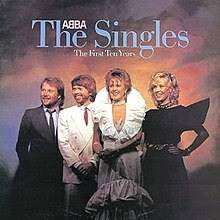 I have to say - younger me used to feel rather cheated by the title of this album. At least now it isn’t ‘The Only Ten Years’.

The last London Grammar album, California Soil , I purchased off their web store as a set of Cassette, White vinyl L.P. And C.D., so even popular artists offer them.
Pity there wasn’t a Reel to reel option as well.