I have quite a few extra artists because of weird metadata provided from Roon’s source. Albums get attributed to additional artists other than the one I consider primary.

I’d like to be able to just hide these one off artists.

I’ve searched and seem to find this particular request else where, so here it is.

I really hope that version 1.3 adds the ability to remove incorrect primary artists.

in 1.3, you will be able to just edit all the links to that artist away, so they “disappear”

Yes - props to the forum software that steered me here rather than let me start a new thread. I’d rather not have the guy that played third tambourine on a McCartney live album show up in my artists list. No disrespect intended though, he is a fine tambourine player.

First thing I did after the installation of 1.3 was clearing up my Artists list. I only had 4 that didn’t belong there, but it’s great to have it as you want it to be.

I opened the albums with an incorrect primary artist and removed the check mark in the edit screen. 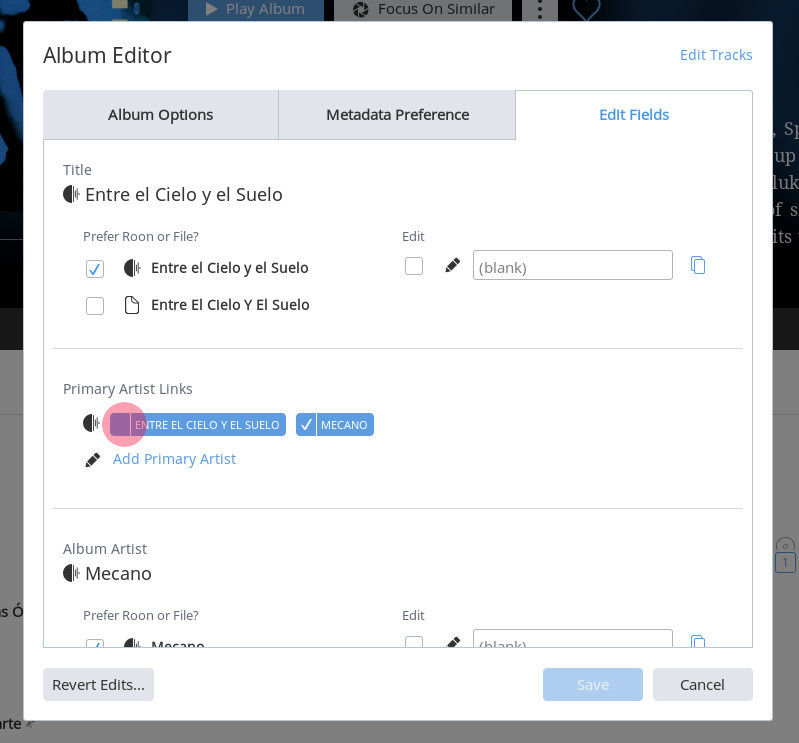 Still, the best solution would be to have these issues solved at the root (i.e. Rovi).

Still, the best solution would be to have these issues solved at the root (i.e. Rovi).

i just went to change one of my more annoying examples this only to find it was already sorted by rovi.

What a surprise to see Foster and Allen in my collection! Metadata Issues

Now certainly in the short time I have been using Roon I have found lots of "forgotten artists but was still surprised to find the truly execrable Irish Trad duo Foster and Allen in my collection, even more surprised to see they appeared on an Echo and the Bunnyman album! This is really only the sort of thing a computer would do, or could do! [image] [image] [image] Roon see the album as per first picture. I changed it to use my metadata name as per second picture, unfortunately I still ha…

Great to be able to do it manually though.