I agree that it is not a good idea to have VPN clients with the same addresses as your LAN, and most router / vpn manufacturers agree with this as well, which is why it is so difficult to get VPN clients to use Roon (see above paragraph).

I have a working construction, but you need to invest a little. It’s based on having a VPN tap connection from your remote location to your home network.
“Normal” VPN connections are tun based which means that you create a routed subnet. This type of VPN connection is not suitable for Roon to work. You need a tap VPN connection which is a bridged subnet. In a bridged network you use the same IP-range and that is what Roon needs.
My construction is based on a Raspberry Pi which I use for hosting my VPN tap based server at home and a small portable router (I use a GL.iNet travel router) which I use at the remote location.
For VPN connection I use OpenVPN. That’s why the GL.iNet travel router is usefull: it supports OpenVPN.
You cannot use a IOS or Android device because these OS does not support tap VPN!
I use this construction inside and outside the Netherlands for allmost a year now and it works perfectly for me. I myself use a Apple TV for connecting to the portable router en acting as a DAC to my sound system, but off course you can connect every device to the portable router.
I hope you find this sollution practical for your needs!

Curious to know, any of you that have successfully set the Zerotier thing, have you configured any other special settings within the Server or remotes or even your LAN router?

I have set it, I can now ping all devices from / to the Server but the remotes cannot find my Core no matter what.

As I’m out of ideas, it would be greatly appreciated if you can share your configurations.

Very new to Roon but also an Apple Consultant who loves Synology and Plex.

Saw the post by Jean-Christophe Amé regarding remote access and within a few minutes was able to access Roon by using the Synology L2TP VPN Server. My home network is on a 10.0.1.x subnet and set the VPN Server to create a 10.0.2.x subnet. Connected instantly.

Can’t wait to do more testing in the car and on the go.

Keep in mind, Roon does not support any remote uage or VPN setup. If you have any questions or comments it should be under the Tinkering section.

Thanks JC,
Is the 1.8 version troubleshouting anything?

I have it semi working.

Setup a wireguard VPN on a raspberry pi. On home network.

Wireguard has clients for both windows and android.

When I activate the VPN tunnel from my office or the mobile I have full access to Roon and it’s functions, the only thing missing now is roon core does not recognize anything remote as a playback device. Just the devices on the local network. I can search and play stuff on my home Denon though driving in the car.

So I’m close just need to figure out the final piece. As a BTW, when I activate the VPN and I’m on the laptop in my office I can attach to the Intel NUC that I use as the Roon core via remote desktop . So I can remote desktop in open roon play a song and it plays out of the remote laptop. Sounded pretty good too. So for less then 100 dollars us for the pi VPN server. It’s a not very elegant way of making this work but it sounds like some of you have this actually figured out.

I do have a Synology NAS 920+ that all my media lives on but I don’t use that for the Roon core or the VPN . Maybe that’s the route?

And then the heavens opened up and you could hear the voices of angles!!

Up and running, no extra gear. The zeroTier was aces!

Had to change course but hey gotta be flexible. Changed out the NUC with an old Lenovo Thinkcenter mini that’s about same size as NUC. And it’s still an i7 windows box. So now, remote laptop can connect to Roon server at home and also works on Google pixel 2XL android mobile.
Next step take pi that I was using for VPN put ZeroTier on that ,add a dac board and see how well that works as remote endpoint this way I don’t tie up laptop.

Thx again to all who recommended the zeroTier route. Really simple , easy and no extra cost.

No with 1.8 version still working fine. I can connect without any trouble with my Mac or my phone from any network (university or orange through the phone). You just need a good connection as the data are downloaded continuously (compare to Qobuz where each track is first dowloaded then played).

ZeroTier worked without a hitch. Setup guide is here after making an account. It took me less than 5 minutes to make this work after spending weeks fighting with my Raspberry Pi to bridge Wireguard/OpenVPN and local subnets correctly.

However, if you are using ROCK or cannot install ZeroTier on the computer that is running the Roon Core you will need to enable bridging or custom routing (links are included for their respective option). Custom routing is much easier but both require a bit more work to get setup than just install and listen. Both options require a Linux based computer: either a full x86 Intel/AMD system or even just an ARM based Raspberry Pi.

There is a bit of a lag compared to just running on the internal network as you are routing network packets through your internal network, over WAN, and then onto whatever local network your phone is running on (and vice versa). Roon still works flawlessly within my own home network as packets over your local subnet are still routed like usual. Furthermore, WAN packets from the Core machine not destined to the ZeroTier client still are routed through the network adapter. i.e., if you run a speedtest you get the full speed of your ISP as your WAN packets are routed through just like normal.

I agree, the ZeroTier setup was ridiculously easy. my roon core is now running on an old lenovo thinkcenter mini computer, its tiny, meant to attach to the vesa mounts on the back of a monitor. Still has an i7 chip and 16gb of ram. So put zerotier client on there, and then on all my endpoints that need to work outside my network mainly my windows laptop at work and my mobile phone (andriod) for in the car. works amazing.

next set is to setup a raspberry pi with zerotier as a remote endpoint with a Dac built-in to remove my laptop from the equation.

With QNAP is easy to.
You have to download on the Iphone QVPN (qnap app on the app store) and it does the work but
QOBUZ doesn’t work you only have access to your storage.

Does someon know how to do (for QOBUZ)? 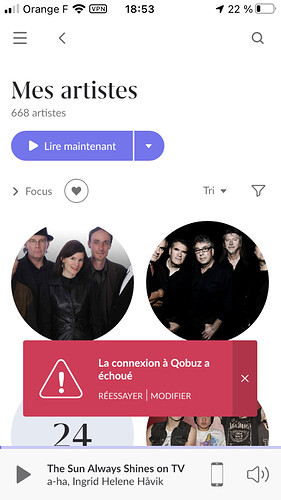 With ZeroTier I have both storage and Qobuz working just fine :).

Pi configured as a roon-bridge 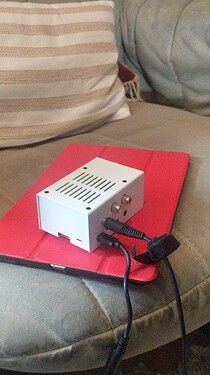 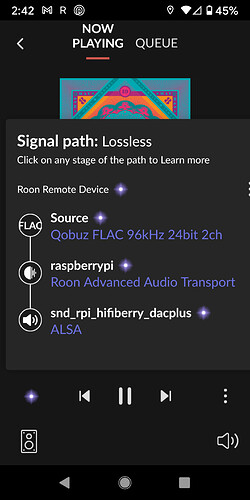