Was just listening to Black Dub when I realized there’s no album review in Roon whilst it’s present in allmusic.com.

Roonlabs could then forward to the relevant metadata provider to correct without having to recapture what someone would otherwise report by way of forum.

I like this idea. I would be more inclined to report meta data issues and help improve the strength of ROON this way.

I would totally be more inclined to report issues if I could do it from within the app! That way the client can grab all the info the developers need automatically without lots of back and forth over the forums or PMs.

+1 Great idea… Simple and a great way to to let the Roon guys know of unidentified albums.

This has been discussed so I know the Roon developers are on board with this metadata reporting feature and more … However, I do not know of any timeline for it but for sure it won’t be before SBT, 64bit, Linux and RoonSpeaker support are all rolled out.

That would be great. I’ve run into a number of inconsistencies where Tidal is correct but Roon is not. 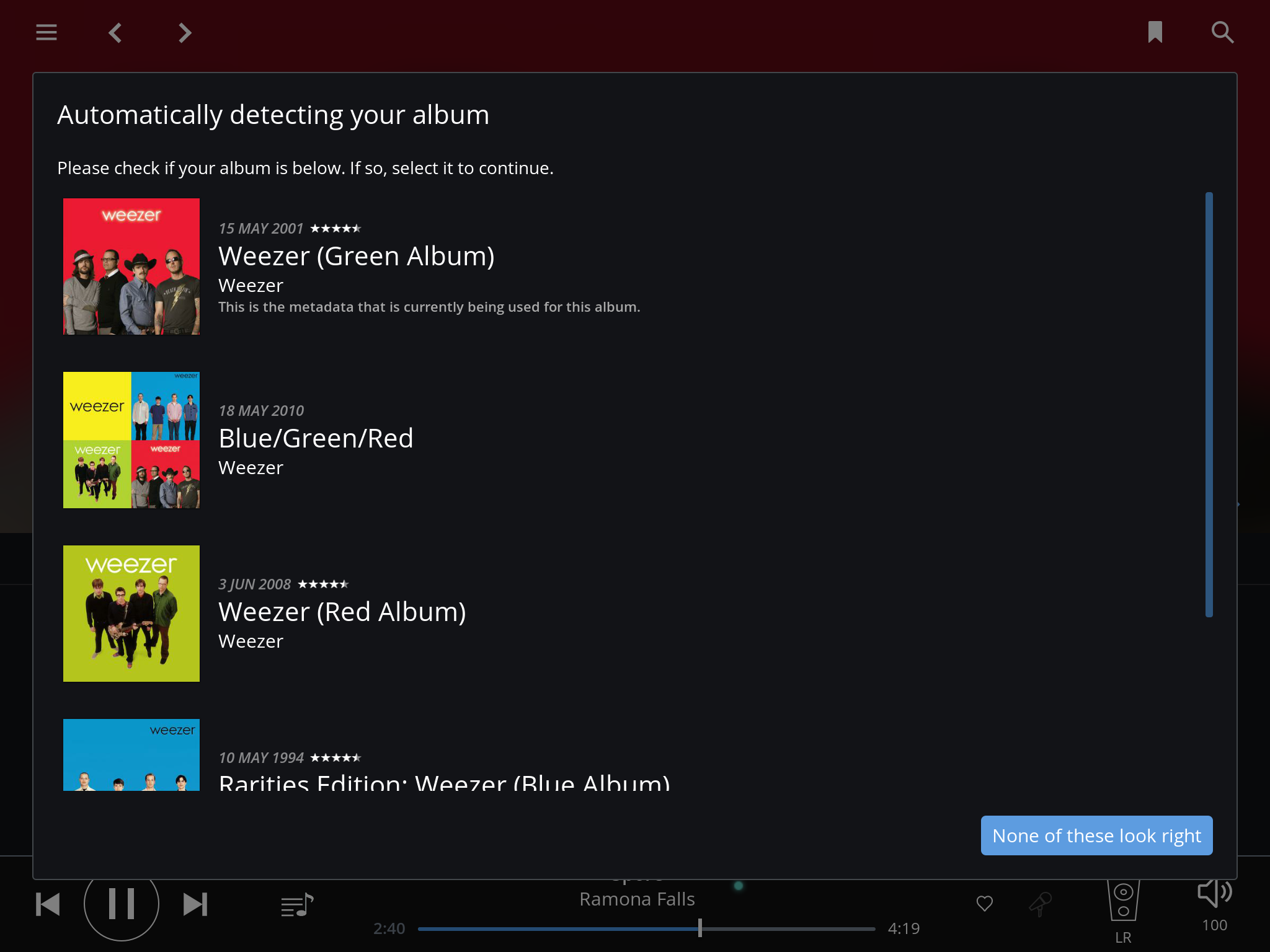 @Carl Thanks, it’s good to know this is being looked at. It’s easy to forget that Roon was released less than 7 months ago and that the devs aren’t (quite) superhuman. 2016 should be interesting indeed.