Recently, Roon Radio will play a song from a Tidal album that is not in my collection but the “Add to Library” button is missing. It is only when I click on the album that I see it is not already in my library. Is this a bug? Am I missing something? 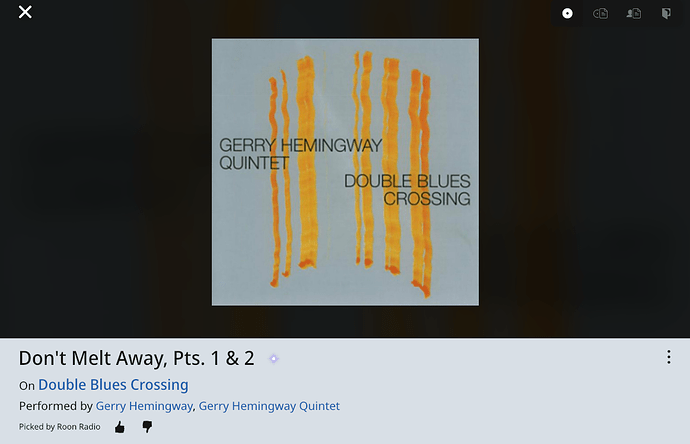 The first shot shows the “Now Playing” screen, which doesn’t include an “Add to Library” button. The second shows the Album browser which does.

The Now Playing screen will change to whatever music is currently playing. The Album browser will remain on the selected Album until you browse to something else.

So I don’t think there is any problem here, they’re just two different screens that happen to be currently showing the same content.

Hi @cass_fisher, whilst the “Add To Library” button is not there, it is still possible from the “Now Playing” screen.

Tap on the “3 dots menu” and then select from the popup menu. 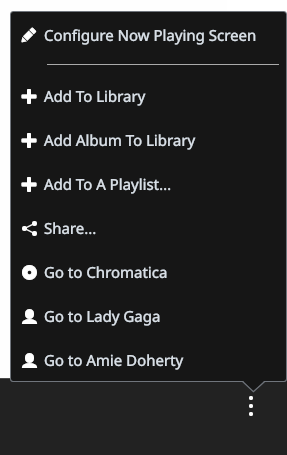 It shows for me…

The “Add Album to Library” has always been on my now playing screen. Sometimes it is still there. What is new is that it is not always there.

Here is an example of where it is there. 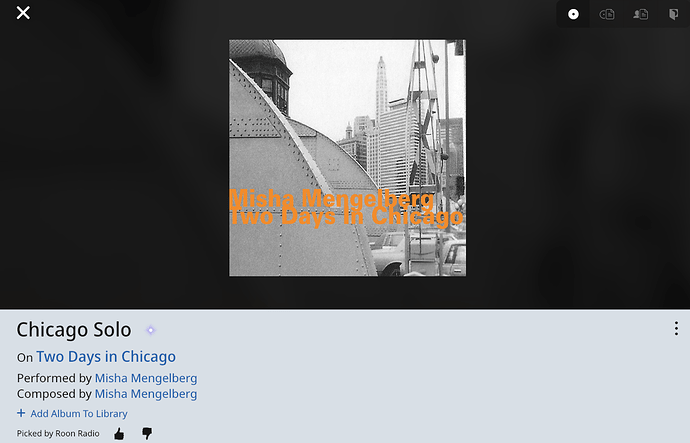 Maybe I am not explaining the case well. Previously, there was always an “add Album to Library” when Roon was playing a song from Tidal that was not in my library. Now, the button appears only intermittently under the same conditions. Does that make sense? 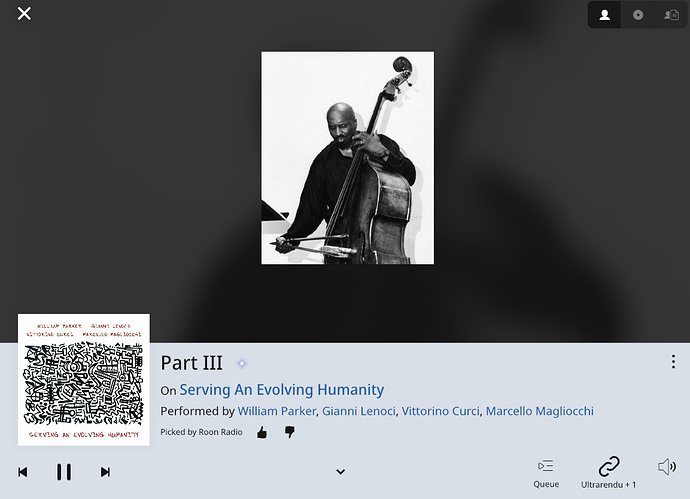 Hi @BrianW,
Confirmed, I see that two … I was distracting myself looking for the Large White Button icon.

However, that’s when I queued up the track manually, rather than a Roon Radio pick … I’ll set that up and take another look.

I’ll stop posting these but here is another one just for a sense of how often it is happening. 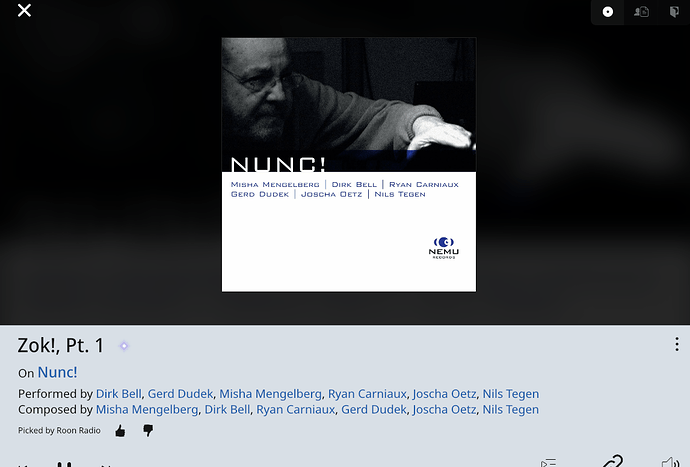 However, that’s when I queued up the track manually, rather than a Roon Radio pick … I’ll set that up and take another look.

I seeded Roon Radio (with an obscure artist) and watched the Now Playing Screen for 6 tracks (a mixture from Tidal and Qobuz came up)… the “Add to Library” was present for all of them.

@cass_fisher, I’m wondering if a Roon Core reboot is in order here. Can you give it a try … if that doesn’t help … over to Roon’s @support team.

Carl, thanks for taking a look. I restarted Roon and will let you know if that helps. I will also say that I am seeing way more instances of “Add Album to Library” suggestions where the album is already in my library. I understand how that could happen if there is a different version in Tidal but I have never had that occur so frequently as it is now.

Does that make sense?

Sort of. Let’s see if I can explain what I think is going on; if it’s wrong, we’ll explore further.

The confusion arises because, if you click on the album info from that screen, when the album has been picked by Roon Radio, you will always go to the streaming version of the album - even if the album is in your library.

If you now click on add to library for such an album, Roon will not in fact add it, but will instead go to the album information for your library version (so your edits, no. of track plays etc will now show).

Yes, it can be confusing!

The bottom line is that you should only see add album to library for those albums not in your library. If you don’t see it, you should already have the album.

This is what I am talking about:

The bottom line is that you should only see add album to library for those albums not in your library. If you don’t see it, you should already have the album.

The problem is still occurring after the reboot @support. Here is the latest case: 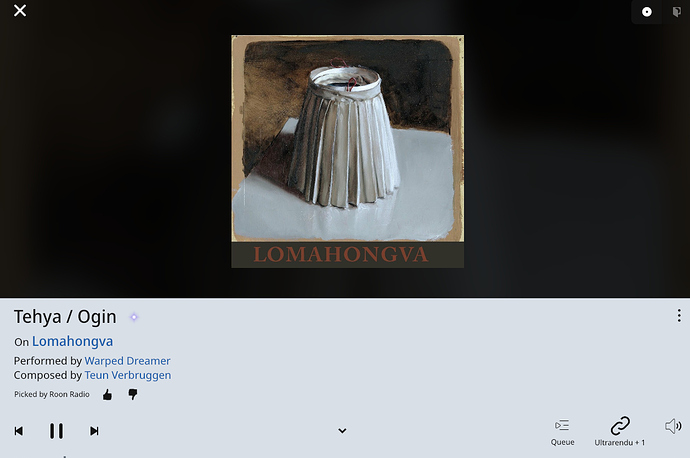 Is Lomahongva in your library?
If you click on the “+ add to library” do you see Roon adding it, or does it immediately go to “focus on similar” and show you your album?

Yes. This appears to be part of the problem. Roon is not identifying what is/isn’t in my library properly. I have seen other instances like this (they are not all this way though, some are just a missin “Add to Library” button).

So Roon is behaving as I described. And you are saying it used to be different - correct?
I don’t know, but I’m sure one of the Roonies will.

I’ve opened a ticket with our QA team to investigate this issue further. Thanks to everyone for providing details on this!