View credits, reviews, tracks and shop for the 1993 CD release of "The Story Of Jamaican Music (Tougher Than Tough)" on Discogs.

so it would be nice to keep this name in there. 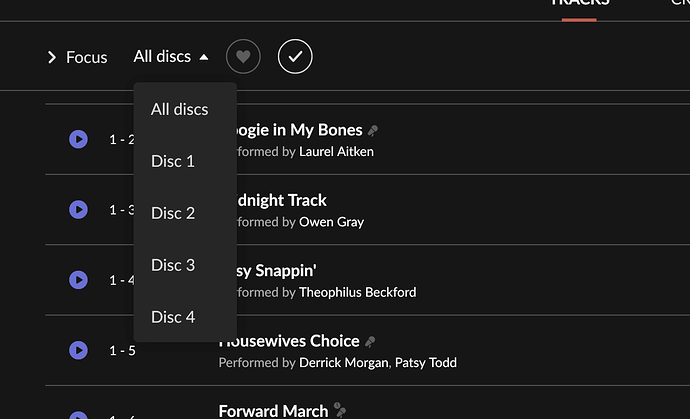 I requested this over 6 years ago:

Lots of compilations have both disc number and disc name (e.g. “Disc 1 - beach; Disc 2 - club”). Roon seems able to sort albums by disc number, but I see no option to include the disc name. I have a tag in all my music files called DISCNAME which is populated with the disc name if there is one. Would be great to have this functionality. Thanks

There are various other similar threads, including ones you can vote on - so take a look and place your vote!

I’ve voted for this and would like to see it, but I suspect this is a data structure issue that would have performance implications.

I’d like to see this too. I have quite a few boxsets and it’s always tricky to remember what’s on each disk.