I can’t add qobuz albums to my library if they were partly available before full release date. 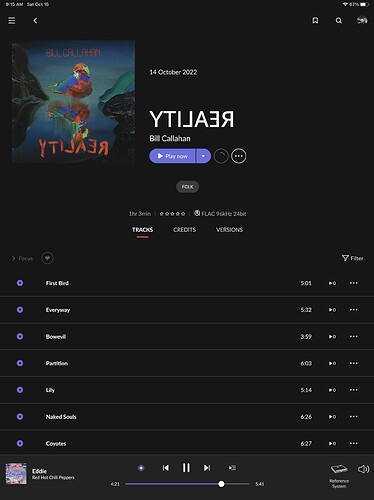 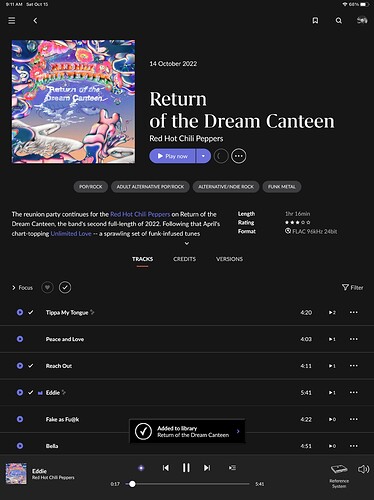 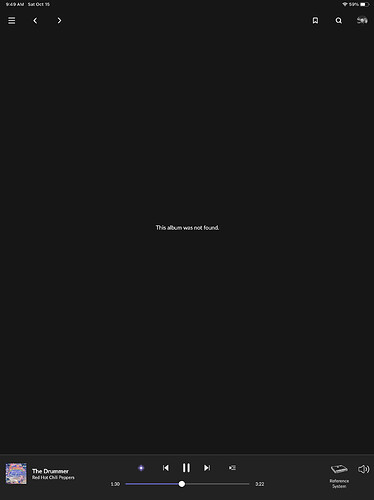 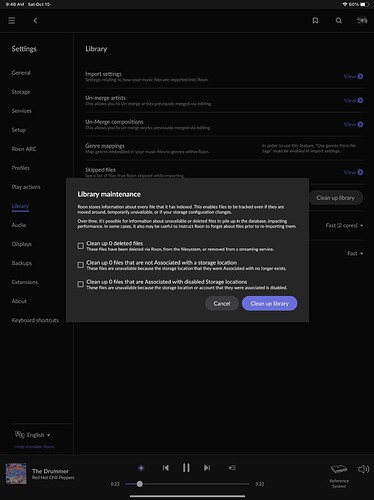 Following up on this thread, do you see this happen on any device or remote you use to navigate roon on? Or, is it just a specific device?

With that, I wanted to see if you’ve by chance tried to manually resync your qobuz library after the full album in question has been released? Essentially before removing the partial album from your library, head to settings>services>qobuz - edit> sync library now. Refresh Roon (or quite and relaunch) and see if the full record is available.

When tapping + button to add the album, the ‘album added to your library’ message appears, but the button shows the rotating state infinitely and the album does nit appear in my library.

This is a known bug we’re actively working on, we’ve been able to recreate this and while I don’t have a good workaround to share, I will certainly keep you in the loop on the progression of this solution.