AIFF files not showing up in Roon

If I transcode to FLAC using XLD the two albums, place in a new folder ( for testing ), add to Storage options, they do show up correctly.

So that is good, though it may be best to figure out what the issue might be as they do work properly in their original format with JRIVER, Lightning Server, Minimserver, and A+.

Obviously not a crisis though, thank you.

However the one open area of concern if there are other albums that are not showing up in Roon. Because using focus and various filtering I was not able to locate these two albums ( unless of course I missed a filter ).

Minimserver does have a log file which identifies albums that have problems that preclude it from loading. Not suggesting this is the solution. Will try and see if I can find these two using Focus and some other filters.

ok, do this… settings -> show duplicates/hidden: on

then sidebar -> tracks -> cmd/control-A, then hit the plus in the top selection bar and export to excel.

is your file in the excel sheet? if its not, that you can be confident went didnt pick it up. If thats the case, id like to get a copy of 1 of those files and i can tell you what the issue is.

Ok the files are not in the Excel sheet ( save the version I trancoded to FLAC, see note on that from earlier in the day on this same thread).

Do you want one copy from both the Heart and Daft Punk album?

One vendor had an issue with the Heart files and had to make some code changes to their server software.

This is the first time I have had an issue with the Daft Punk stuff. Other than scorn from friends.

I can send you one of each, let me know preferred delivery method.

we had a bug with alac files with a tag we didnt recognize, that fix is coming out in the next build. will check whats going on with your files.

where did you get them? you can pm if they are not from a legit source… i dont care, i just want to make sure we can notice in the future

They are AIF files. I purchased both the Heart Dreamboat Annie 24/192 album and the Daft Punk Random Access Memories 24/88.2 albums from HDTracks.

The good news is you are doing fine with some files that caused problems for the first few releases of the Pono firmware.

I am slowly going through all my high resolution files to see if there is anything else not showing up in my library, so far these are the only two albums.

ok, first file you uploaded is not corrupt, but not importing… ive put in a work ticket to investigate why.

Good Morning! I followed your excellent instructions about finding duplicates. I wanted to experiment with deleting a duplicate to see if it would also delete the master copy. After I select the duplicate I can’t find a delete button anywhere. Is there another menu which contains this and if so could you please provide the path in your response. Thanks in advance.

It won’t. Only the exact thing you selected gets deleted.

Is there another menu which contains this

After selecting an album on the album browser, click the “edit” dropdown in the upper right. Delete is in there: 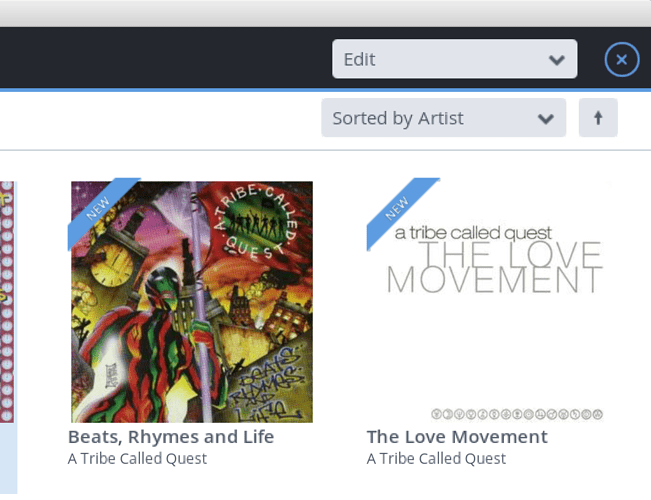 Hello and thanks for the reply to my question. Here is what I have done. I followed the directions in a previous post about viewing duplicates. When the duplicates screen appears (I only have 10 duplicates identified out of thousands of discs) I click on the duplicate album. Whether I click on the album or not there is no “edit” menu in the upper right corner of the screen. Hovering there does not make one appear. The only things that appear are the two icons for the search and add a bookmark. I am using an iMac if that helps.

Hello! I would like to chime in on missing albums. I, too, am a user of the JRiver software. When auto importing the files into Roon I am missing about 300 albums. My thought is that Roon is counting multiple disk sets as 1 album. I haven’t taken the time to use a calculator to add up the disks listed under a single album listed as a set. Regardless, I feel there is a fault there anyway because not all disks in a set are being combined together. For example, the box set of Mahler works which has, lets say, 12 disks. Roon combines maybe 10 of the disks together and orphans two others to be scattered throughout different screens. Now I know you may be thinking this is a tagging thing and you may be right to a point. However, I have been ripping my collection for three years and just finished in April. To keep multiple disks together in an Album view of JRiver every bit of tagging has to be perfect. Even adding an extra space will throw the disk to a different place. I was wondering if a feature request could be added where Roon would ignore trying to combine disks into sets and leave them as individual albums displayed in Roon. This is off topic in this thread but I noticed that each time you start Roon you have to keep selecting how your albums are displayed. In other words Roon doesn’t appear to remember the selection from one session to another. I am using an iMac. Thanks for all the help to date.

[quote=“RKH, post:18, topic:875”]My thought is that Roon is counting multiple disk sets as 1 album.
[/quote]This is correct, an album is counted just once regardless of the number of disks in the set. I found comparing the number of imported tracks to be a useful guide.

Albums are not discs… stupid software of the past treats albums as discs, but we are trying to fix that plumbing detail.

the xlsx file will contain all you need

I am also having issues with albums loading. The Files are copied for import and it says complete, but then they are not added to the library. They stay under “Adding to Music library” but are not added. If I shut down Roon and restart it will add about 100 tracks at a time.
Thanks!

@bplexico - Thanks for uploading those AIF files. It turns out we had an issue reading a certain configuration of tags in AIF files. It’s now fixed, but it just missed the cut-off for today’s release you’ll see it in the next update.

@jeremiah - Thanks for the update. Appreciate the quick turnaround time. Does the fix encompass both of the files I uploaded ( I assume yes ) ?

@jeremiah - Happy to report this issue is fixed!