There are often small, slightly annoying errors on Album credits (wrong player or someone credited who isn’t even playing on the album.) So I wonder if @support could shed light on why the credits would be correct on Tidal, yet not when an album is added into my Roon from Tidal? Case in point is the Album “Romance and Revolution” by James Newton. The correct trombone players can be seen on Tidal (screenshot from the Mac desktop app), while Roon says one of them is Dave Holland, who (1) is a bass player and (2) doesn’t play on this set. 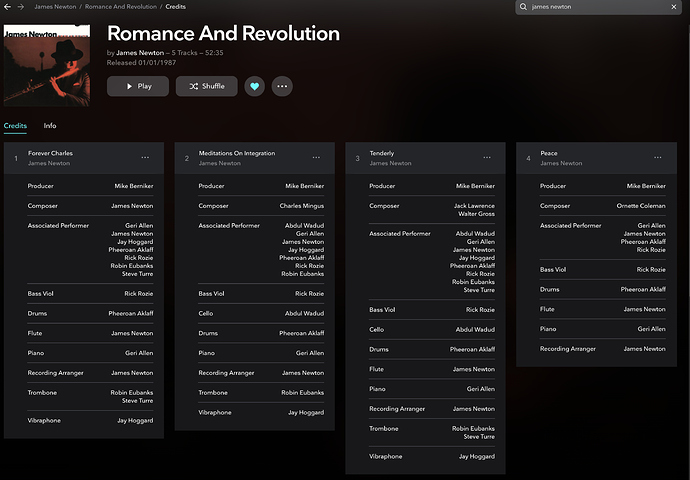 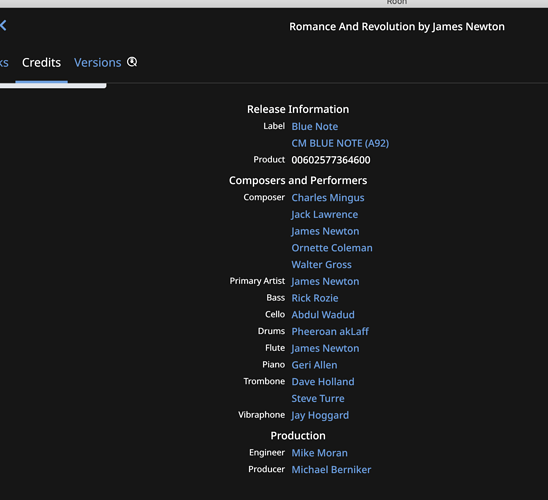 We’ll look into the error reported above for this album. We appreciate the report!