I’m trying to figure out why the album format info (only for DSD) is duplicated in the album view on my iPad (9.7”). It looks fine on my iMac.
Any idea? 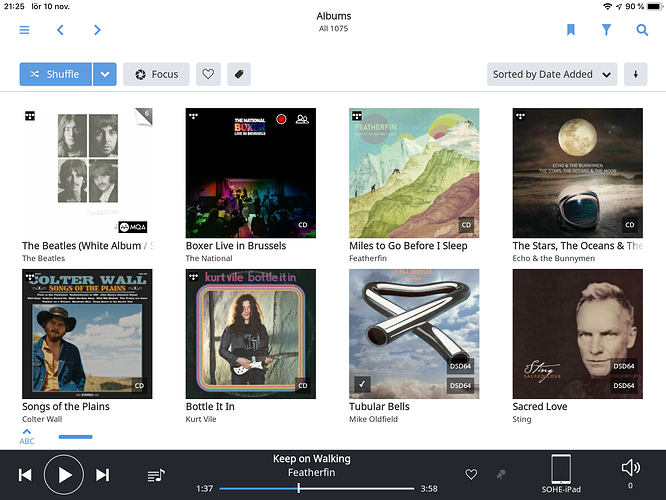 Any chance those values are in the Versions field?

Can you post a screenshot of the album screen for one of the albums that you’re seeing the info twice? 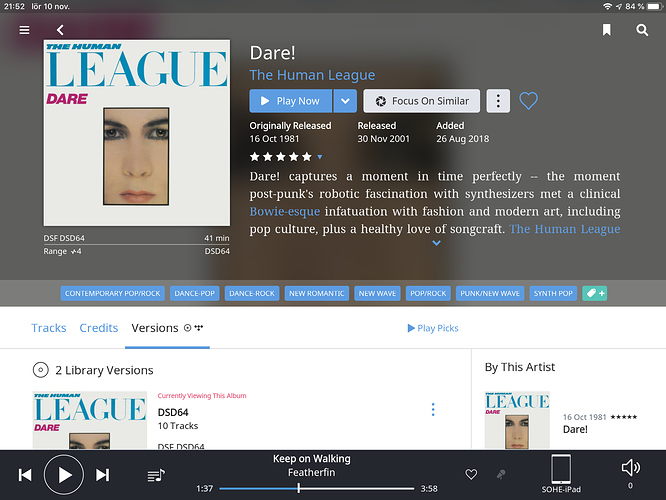 Yup, you see how it says DSD64 under the cover twice? Top left and bottom right?

One of those is the Album Version field, which would normally be used for information like “Remastered” or “Vinyl Rip”.

I wouldn’t worry too much about the duplication – you can just turn off Album Version display in Settings.

Is this perhaps caused by how I name my Albums? I have ripped all my SACD’s as both FLAC and DSD to the same folder, like this:

So, maybe the [DSD64] in the album name is doing this?
If so, why is it not duplicated in the macOS client?

Is this perhaps caused by how I name my Albums? I have ripped all my SACD’s as both FLAC and DSD to the same folder, like this:

@ivan – can you confirm this isn’t working as expected and is getting pulled into the Versions field?

If so, why is it not duplicated in the macOS client?

My guess would be that the Album Version display option isn’t turned on there – this is a client level option, so you can have it configured differently on different remotes.

Yes, you’re correct, of course “album version” was turned off in macOS.
I name all my ripped albums with different format than 16/44.1 with a suffix like this:

I see now that this info also goes in the version field and makes it to the album view.
Thank you for clarifying!

EDIT: “Album version” that is in the first sentence.