This is the album I want : 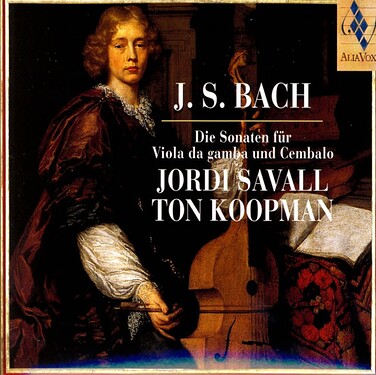 This is the earlier version (same performers, earlier performance): 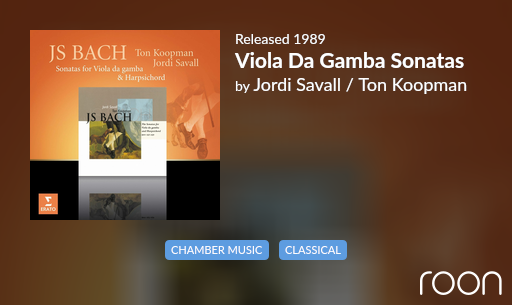 Not a library issue.

Jordi Savall and Ton Koopman (together) made two recordings of this work. Both are on Qobuz. Roon finds the earlier one (1977 re-released in 1989 on Erato). Roon does not find the later one (2000 on AliaVox).

As a work-around, I added it as a favorite directly in Qobuz, but 30 mins later it has not shown up in Roon. Maybe it will appear later. But why can’t I find it to begin with?

What did you put in search to try to find it?

Do you have a web link to the album on Qobuz?

You know, the usual.

Same here with this album:

The album does not appear in Roon, but it appears in Qobuz and also in a Naim-App.

Searched directly for the title (Tinta y tiempo) or within the Discography of the artist (Jorge Drexler), but Roon wouldn’t find it.

it shows up in Tidal but not qobuz

Thanks @Mike-48 . When I search for “Sonates pour viole de gambe et clavecin”, it’s the top hit. Have you tried this very direct search?

Joel search works for me and the album in question shows up when searching for just Jordi Savall and looking in Discography.

Tidal has the German translation of the title, Qobuz does not.

Thanks for checking @CrystalGipsy . Please note though that search results have been library-specific for some time.

Not sure what you mean there, but I don’t have this in my library if that’s any relevance.

No, I did not. I didn’t know the album title was published in French. All I knew was that I was looking for the later performance of those works by JS and TK.

Qobuz found it without my knowing the exact album title.

Does not Roon have an internal glossary that makes “sonates” and “sonatas” the same? “Gamba and gambe”?

And most puzzling, why didn’t Roon show the album under Discography of either musician?

Is there any insight as to why Roon won’t find this or how improvements can be made? Or is this just another report that winds up in File 13?

Roon didn’t recognize the version on Qobuz to be equivalent to the German title you searched because there are a number of mismatched metadata elements among the two. We rely on a number of factors when identifying versions of the same work. If certain data elements, such as track name, or track length, differ the album isn’t matched. Customers encounter this most frequently when Roon has difficulty identifying local music files upon import.

If you use the title listed for the album in Qobuz (Sonates pour viole de gambe et clavecin) it will be retrieved in Roon. I’m not certain why you’re having difficulty seeing it, it’s licensed for please in the U.S. If you’ve added it in Qobuz it should be synced to your Roon library.

If it hasn’t appeared yet in Roon, go to Services>Qobuz>Edit>Sync library now

Let me clarity. I did finally locate the album in Qobuz, made it favorite, and got it into Roon. I still am baffled – and think it indicates a problem in Roon – that when I searched on the artists’ names and “Bach” and “gamba” this album did not show up. If Roon is purposely excluding it for some algorithmic reason, that algorithm needs to be fixed.

Usually, one doesn’t know the exact title of a classical album, and as with this album, they may be issued in several different countries with different titles. But knowing the artists’ names should be enough to find it somehow. In this case, the album didn’t appear under the discography of either main artist.

My conclusion is, there is a bug in Roon’s search, – this example shows that a search in Roon fails, where the same search in Qobuz works. My concern is not that I had a hard time finding this album, though I still am puzzled by that. I am more concerned that a simple search, run multiple ways, didn’t turn up an album readily available in the Qobuz catalog. How many albums is the user missing because of this?