Album in Tidal not appearing in Roon

I have a bit of an anomaly going on here.

I added the new Mike Stern album Trip to my Tidal favourites and full expected it to be visible in Roon. However upon booting up Roon, it’s not there in my Albums nor can I find it in the Tidal albums for Mike Stern.

It’s not a big issue but wondered if there is some synching going on back at Roon headoffice which needs to catch up on the new stuff now and again, or is it a local problem to me?

I was able to add this Tidal album to my library from within Roon, in my usual way. I searched for “mike stern trip”, selected the album found on Tidal, and added it to my library.

Does the album still show up for you in the Tidal app?

(Thanks for the tip, and that is a really disturbing story about the album title.)

Hi @Sallah_48 ----- Thank you for the post and sharing your feedback with us!

Moving forward, I also did as @orgel has done, and added Mike Stern’s “Trip” to my library (via Roon) without issue. Can you verify if TIDAL is all “synced up”, by going into: “settings”, then “services”, and clicking the “edit” button next to TIDAL.

Yeah have synced, t’was the first thing I did

Even logged out completely from Tidal and re-logged in, no good.

Here’s a couple of screenshots showing the anomaly… 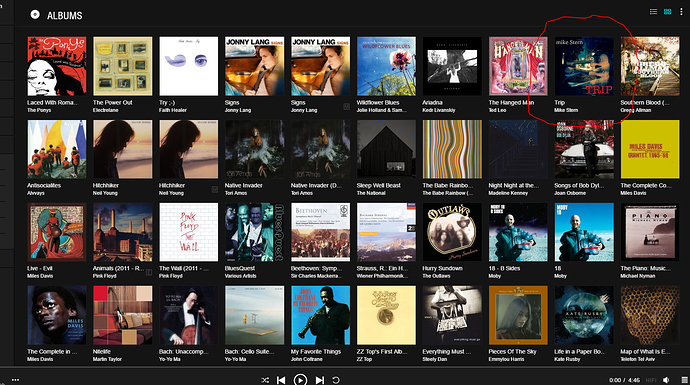 It’s just awful as I have to listen to Mike via the Tidal app, I simply can’t survive

Having said that it beggars the question if other albums are suffering the same fate of course… or if it’s a symptom of something worse!

Let me know if I can assist in any way.

Still not sure why it hadn’t appeared before… never mind.