Accidental determination, album titles beginning with … (dots) can not be found or seen in a library

Just tried this with ‘…And Justice for All’ by Metallica. Cannot reproduce. Is the album you search for, already part of your library? Or are you searching for it on Tidal?

If a folder is the same as the Album title, then a folder name starting with a . (dot) is not allowed. See:
https://kb.roonlabs.com/FAQ:_Some_of_my_files_aren’t_showing_up_in_Roon

Oh, good to know, all my albums are tagged with album title = folder name
I try it immediately with
Folder name = featured
Album title (tag) …featured

yep, and back you’re right, I’m going to have to look at my library because there are certainly others in between 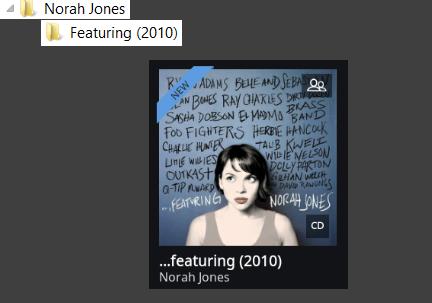 It’s worth scraping your folder names for trailing spaces and dots as well. I found a few folders with a space at the end not being picked up. I suspect it was due to my having exported the albums from Sooloos and the album names there having accidental spaces in them.

thank you, I keep it in mind, I had one more starting with dots, fortunately I can find it fairly quickly

Check out this article about skipped files. Specifically:

In Addition, Roon supports user configurable Ignore Patterns for folder names. These can be changed by selecting the Edit option in Settings -> Storage -> three dots menu for a watched folder. These patterns are not case sensitive, but do use the directory separator specific to your operating system (/ on Mac/Linux, \ on Windows). By default, every watched folder is created with patterns to ignore the following:

You can remove the /.; from the ignore patterns in watched folder settings and things should work how you are expecting.

Roon - Tidal can not find this one

I found this on Tidal 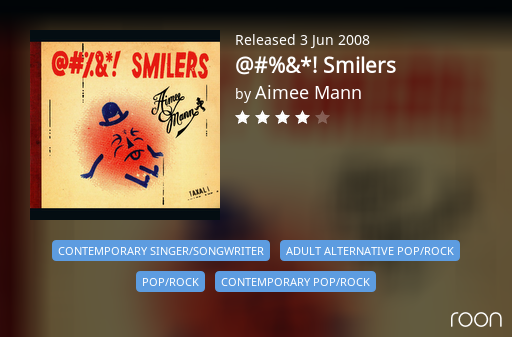 Searched by the Artist and it was in the list of albums.

I tried again and again without result, it could be that the region has something to do with it, I live in Belgium

I’m also able to find this TIDAL album in Roon. As you mentioned, it may be based on region. You can check the TIDAL app directly to verify this. If you’re not able to find it in the TIDAL app this is likely an album that is locked to certain regions.