Hi,
I bought an album from Nina Simone at Hdtracks and it is not displayed correctly in Roon. Track 9,10 and 15 are displayed as a separate album. Does anyone have any explanation as to why this is so?

Screenshot from Roon
The first picture shows the album. The second Track 9, the third Track 10 and the fourth Track 15.

Screenshot from Audirvana Plus 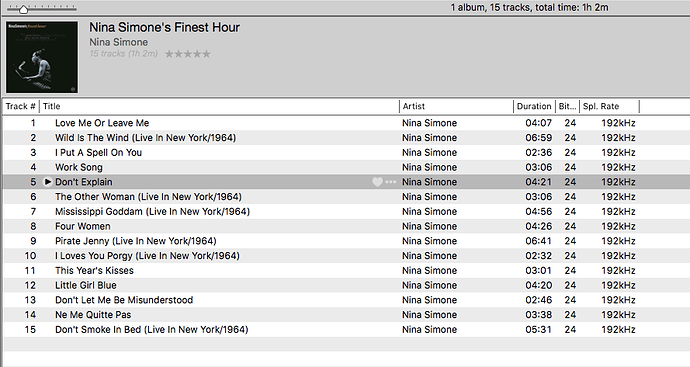 Can you merge the tracks and the rump of the album into a single album? Sometimes the metadata are messed up which causes Roon issues.

Hi @Guy_Baustert — Touching base with you to see if the advice offered by dpstjp has helped at all. Were you able to merge everything into a single album?

Let me know, and if further assistance is required I will be glad to lend a hand.