Album not showing all tracks

I have Roon use a library made by JRiver Media center. I have and issue with an album that originally showed up as two albums in Roon. I deleted both and now when Roon re-indexes only one album and one track shows up. The only non ascii characters in the track file names are apostrophes and commas.
I have deleted the album and replaced the directory with the same result. I have forced a rescan multiple times as well.

Now I see three identical albums show up! Two just have one song… the same one! The other has the remainder. 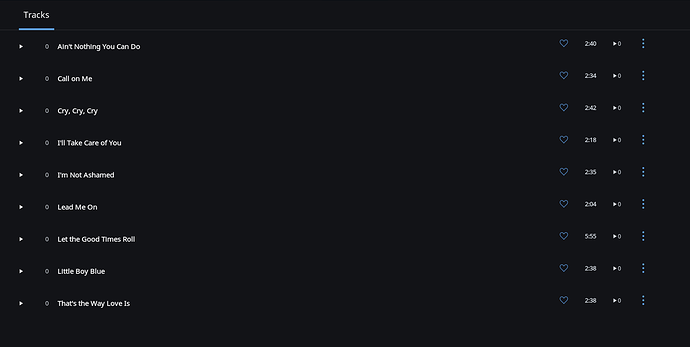 Wow… I finally found the “merge” command… never thought that it would be on the main screen!
Now my next issue is on another album… only one track shows up… I have deleted it… replaced it… etc…
Forced a scan… no luck 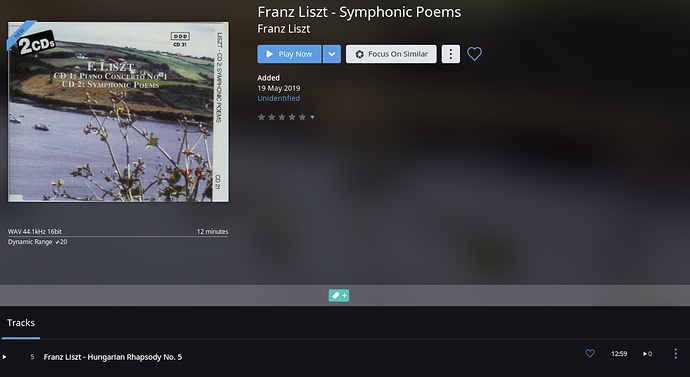 For the second example you shared above, the Franz Liszt album, would you mind sharing that media with us so we can take a closer look at why it didn’t import correctly initially?

Well the Franz Liszt album is fixed but the first on “Bobby Bland” which was fixed with the “merge” has reverted to its display of three albums after opening Roon this morning… all was well yesterday! Where can I share a link to that zip of the directory? Also the Liszt is one of those “cheap” CD’s not an original release of note… I can see why any auto/database would get confused

Where can I share a link to that zip of the directory?

You can send me a shared Dropbox link (or a link from another file sharing service) in a Private Message here on the site. If you click my profile image and navigate to my profile you should see this option.

I clicked on your image and only got these options… tried merging again… maybe it will stay put this time!

I’ve updated the permissions on your account here on the Community site. If you see this issue return after the merge you should see the option now for the Private Message so you can send the file.