Can you post the album title? Frank did sing a couple of songs that had Tchaikovsky links.

If not track specific, then I would have expected him to appear in the general album level credits.

Hi,
Album: Softly as I leave you
KR. Edwin

He appears as a composer in the album credits. 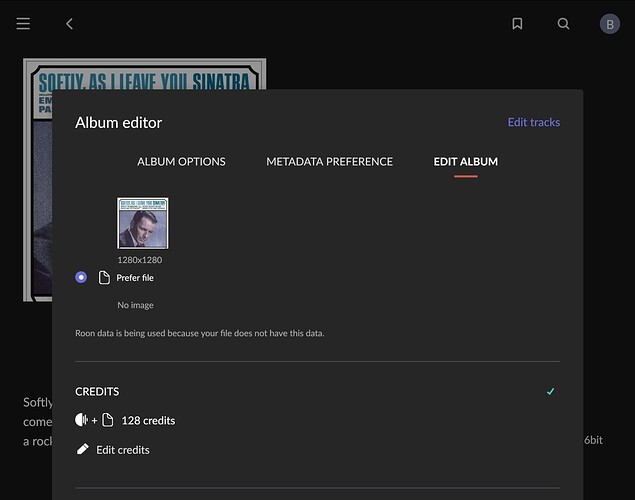 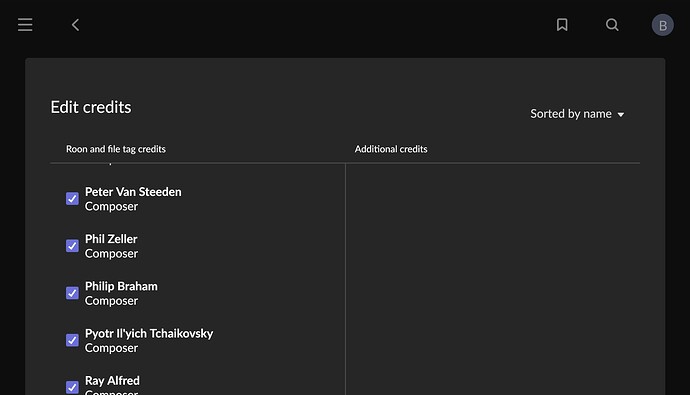 I’ll try and determine whether there is any connection…

… can’t see any. Moving this over to #support:metadata-issues

Hi,
Time for some quality assurance concerning you meta data supplier.
I see some albums with 240 ! credits containing 10+ composers.
And the tracks of that album have different composers???
Hard to believe that’s correct meta data.
Of course I edited the album and the tracks myself,

Are there scheduled battleground
processes? Because the track/focus display is not consistent with the Album display.
KR. Edwin

On my Qobuz copy, there are a staggering 106 composer credits at an album level. There are only 12 songs so the vast majority of these credits including Tchaikovsky are wrong. I don’t know how widespread a problem it is that there are large numbers of composer credits at an album level that have nothing to do with the compositions at a track level.

As it happens, over the years Sinatra did record Tchaikovsky based tracks but not on the OP’s one I think. Check this out instead. 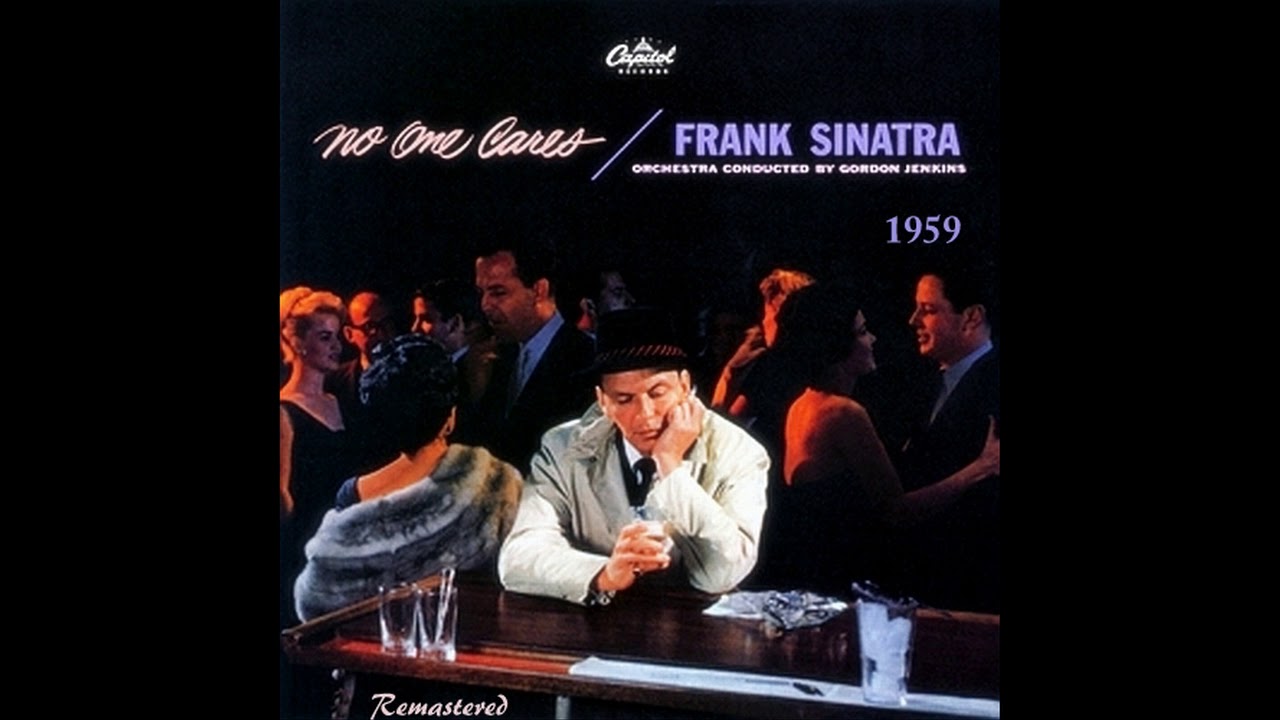 I see some albums with 240 ! credits containing 10+ composers.
And the tracks of that album have different composers???
Hard to believe that’s correct meta data.

I am not sure I even understand why there would be any composer credits at all at an album level. Surely composers are a track level, composition property? There must be something deeper going wrong.

You’re quite right. I was so intent on looking for Frank I didn’t see the wood for the trees regarding number of composers.

I do see this now and then. I have a feeling that single albums that have originated in box sets and anthologies can carry over huge numbers of credits that make no sense when they are re-packaged as single albums again.

Neither do I.
Since when albums have composers?

It looks like there are a couple of issues at play here, but we have a ticket in for a fix that we think will help. I don’t have any specific timeframes, but it’s something we are working on resolving in the future. Thanks for the example!

Hi Dylan,
Small problem and already solved.
It seemed somebody had the Album.credit.composer field of a Sinatra Album filled with
Tchaikovsky I removed it and it is okay now.
KR. Edwin