What shall I do to focus on albums based on their original release date?

See example below. Under focus, I filtered for my albums released since 2005 and I got returned this very old album that reads on top “2 August 2005” and then further down a “release year of 1959”. I guess that 2005 is the version release date, while 1959 is the first release date.

The Focus uses whatever date you have set in your preferences:

Try that and see if it helps.

this explains indeed, although does not solve as then the root cause may reside in the quality of Roon’s metadata. 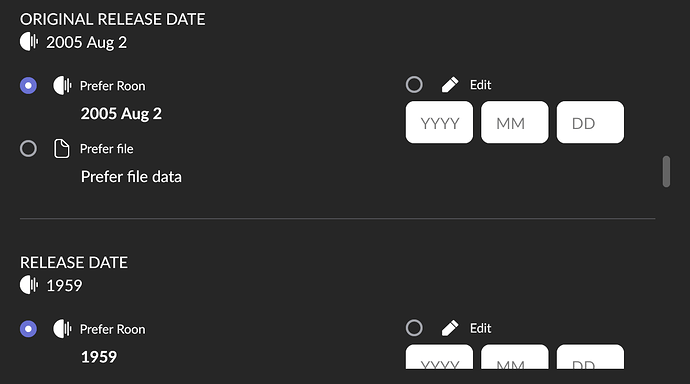 Thanks Enrico for this. I’m not Roon staff, but I’ll pass your comments along to them for consideration.