I’m looking at the new Melody Gardot album, Sunset in the Blue, and it reads 96/24 in the library added from Qobuz, but when I hit play, it shows both in the quality info and on my DAC LCD as 44.1. See screenshot.

Might just be a metadata issue, not sure. I haven’t tried direct from Qobuz yet but can do that and report back.

Great album by the way, superb recording. I don’t think I’m missing much here at 44.1, just thought it was weird. 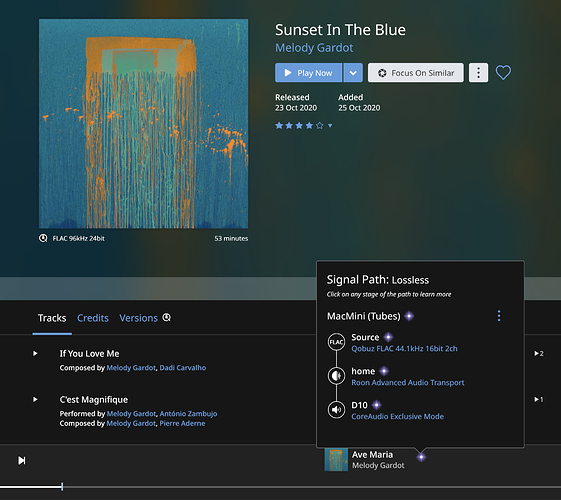 Same thing for me.

There seems indeed to be an issue at Qobuz’s side.