Albums are EXTREMELY slow to load

Overall response time is worse, not better. Sometimes artwork is only shown for albums beginning with “ABC,” nothing later in the alphabet. (What if I want to listen to, say, the Rolling Stones?) Sometimes even an album within “ABC” won’t load at all, just brings up a “Network error” or “Error loading saved paged” message, making those albums effectively nonexistent. I have updated my Sonic Transporter software and rebooted, updated my microRendu software and rebooted, forced rescan on my 1,000-album library, and restarted Roon on my iPad mini. Nothing helps.

Can you please describe your setup? What wifi router and what platform is your remote on?

Hi, Danny! I’m running my Core off a Verizon FOIS router, hard-wired to my microRendu via Ethernet cable. The Remote (iPad)
uses Wi-Fi from that FIOS router. I have not rebooted the router, but I could certainly do that.

Right now, using my iMac desktop as an alternate Remote, also on Wi-Fi, only albums in the “ABC” part of the alphabet are visible, although the Album count shows the full 1,000 albums exist. Search time is so slow that you can go make a pot of coffee and come back and Roon is still looking for that album. The iMac times are marginally better than the iPad times, but that may not tell you anything useful.

The “rest of the alphabet” just came back, but I don’t necessarily expect it to be there next time I open Roon.

How long has it been installed? Could it still be analysing your files?

Well, anything is possible, but I don’t have that little blue pulsating circle in the upper right quadrant telling me that Roon is analyzing things, and I forced a rescan of my albums yesterday…

Sounds doubtful then. If you look in Settings > Library it should say if it’s still working.

It’s not “working” on anything. It’s just way slower than it was before. Slower even than finding a CD jewel box, removing the CD, blowing off the dust, putting it into the CD player, waiting for the player to index, picking up the remote, pushing the “play” button . . . well, you get the idea.

The “rest of the alphabet” (all the albums beyond “ABC”) have disappeared from view once again, although the album count at the top of the page shows they are “there.” Loading speed is essentially infinite. Overall a major decline from the pre-1.3 experience.

Overall a major decline from the pre-1.3 experience.

Please be aware that Thousands of Roon users have updated to v1.3 over the last week…and the absolute majority have reported that they are more than happy with the improved performance and features

Should that not be a hint that the problem lies with your setup and not with the product itself??

I actually thought I had already answered the pending questions, and provided the requested info, but if I have not, then of course I’d be happy to cheerfully provide any other info that would be useful.

Reading through the forum’s new / latest postings, there seems to be a helluva lot of people complaining about scanning / performance / connection problems.
And (new) bug fixes have already been mentioned elsewhere…
Let’s get all of the information together, let the team work on it, and not jump to any conclusions eh ?!

Sorry Rolski,
But if you were to follow those Threads thru to their conclusion, you will see that the vast majority have to do with Setup [network or otherwise]…which is why the Op needs to respond with a more detailed outline of his setup…rather than continue to make multiple posts saying the problems lie with v1.3

Scanning is at the same speed as before…while Audio Analysis [which is what most people are complaining about, but calling it “Scanning”] is using a newer R128 based method to establish DR…which is more computationally intensive and does take more time

There’s a reason why the Devs and Moderators here respond to each complaint with a request for more information on the User’s Roon Setup…as in the vast majority of cases, the issue can be related back and solved by figuring out what part of the Setup is causing the issue

Ronnie, thanks ever so much for your repeated criticisms of my polite request for support. You should feel free to ignore future postings in this thread.

Hi, Danny! I’m not sure whether you’re wanting more info from me than what I provided on Tuesday. All of the problems I described persist up through tonight (Saturday evening). So it’s now routine that I can’t access my albums, or they load so slowly that I just give up, or the artwork isn’t there, etc. Any suggestions most welcome!

Since the upgrade to 1.3 I’ve had several artwork-related problems.
I have a lot of Artist artwork missing - just a black or grey box now - same with Albums - and similar when I play some other albums.

All of this artwork was visible before the 1.3 upgrade, the artwork’s both embedded in the files & there’s a .jpg in the same directory as the FLACs. Nothing whatsover’s changed in terms of data or OS etc - the only variable (to the best of my knowledge) is 1.3.

By the way, the database update ran fully after I upgraded, I’ve run a backup and I’ve left my Core machine running overnight twice since the 1.3 update, so plenty of time for analysis. 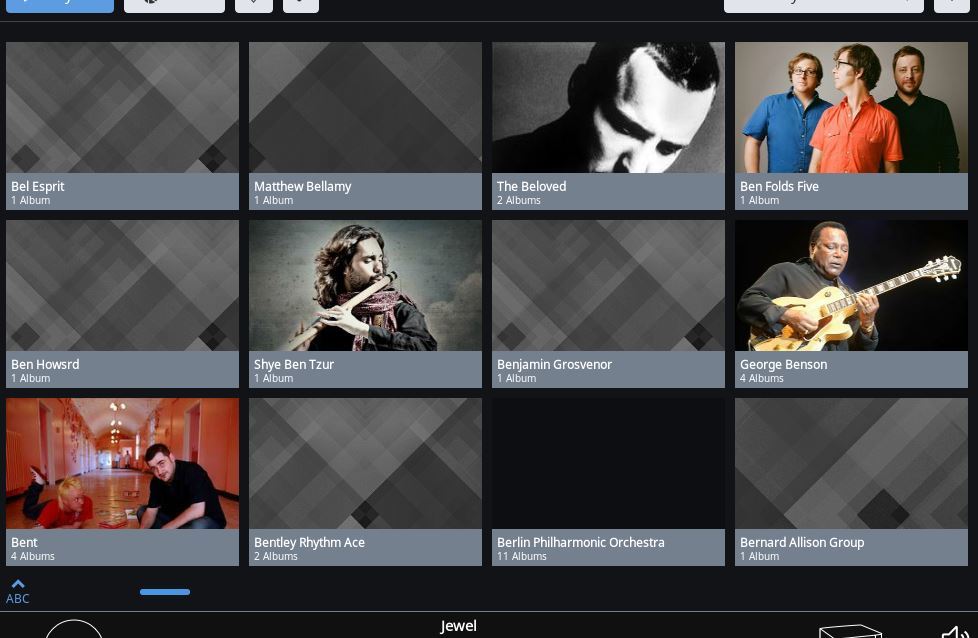 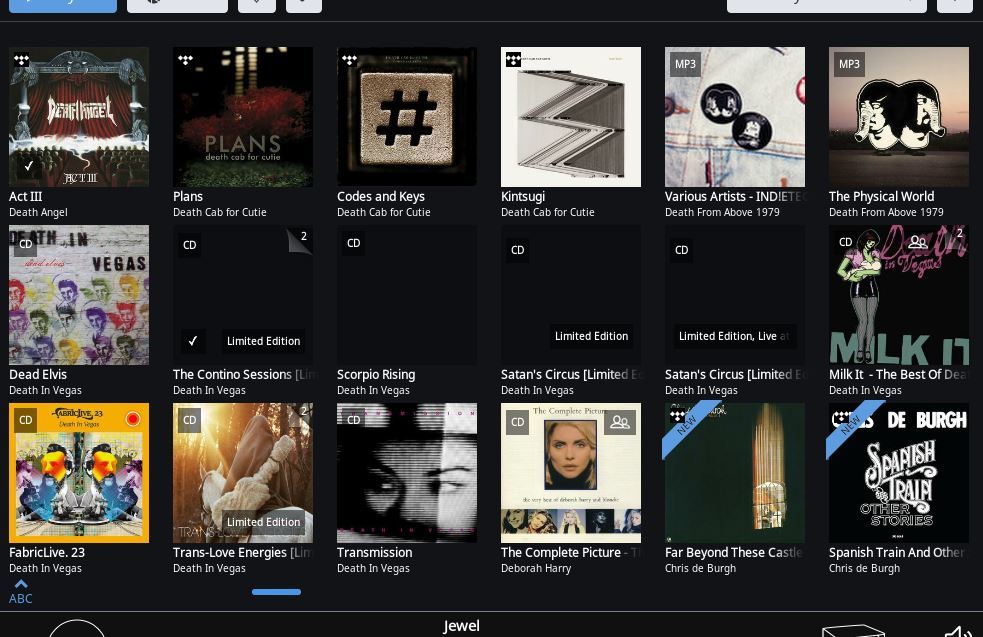 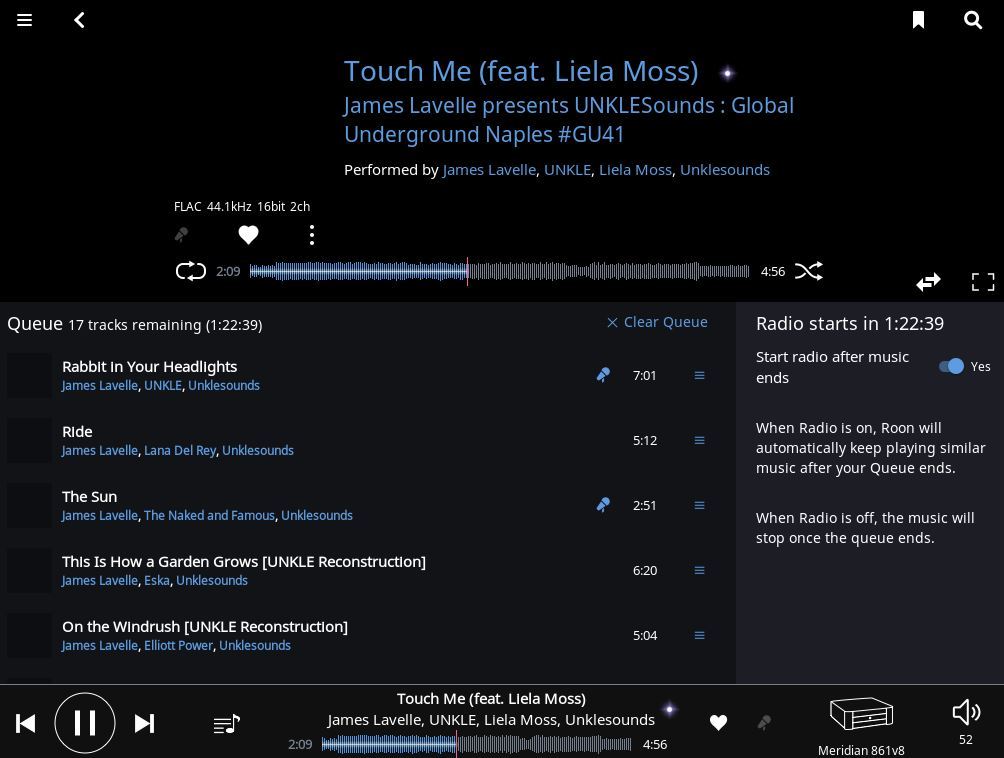 I had the same.
Uninstaled and instaled the ipad and pc remote software.
Solved.

Does that resolve it ?

Ta for the suggestion Nick - I’ve cleared the cache & am letting it re-load all the art.
Will leave it for a couple of hours & report back later…