Albums disappear from display yet are there

Sort of tests one’s sanity (please no comment on this) but for some weird reason albums which once displayed later disappear!!

I’m editing the set of 11 albums of The King’s Consort with Robert King and the Vivaldi Complete Sacred music. They were merged into the one set (and were collated similarly on Sooloos) but when I broke the set up in Roon it was a bit of a mess with albums missing and others having tracks missing [ I do not know if those tracks were there before the set breakup].

So the faulty albums were deleted, cleaned out of the library and again downloaded onto this PC from Sooloos and then copied across to Roon. The albums that appeared were intact BUT a couple did not display and one that had previously displayed (and had not been re-copied, edited or touched at all) was no longer visible,.

However a check back to the files on the HDD via Windows Explorer and they are all there. Something very weird going on here and I should add this is not the first time it has happened but is now being mentioned.

It might well be that a re-boot of the PC will return the display and I will see about that later but am now downloading files so will not do it now. Regardless, I would expect all albums on the HDD to always display and the fact that some, not edited, appear then disappear, is not a good scenario.

Have you forced a rescan?

I’ve just rebooted this PC and the hidden albums are not displaying. I’m assuming that there was a rescan of the Roon library when it reloaded? If not, please advise what to do.

Still downloading at the moment but will perform a rescan when the present batch is finished.

OK, done the scan but the album still not displayed. It is there omn the HDD as you can see here: 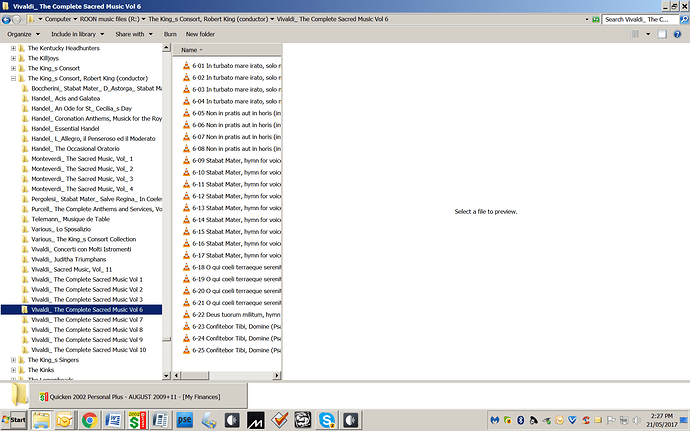 But does not display (as it once did) as you can see here: 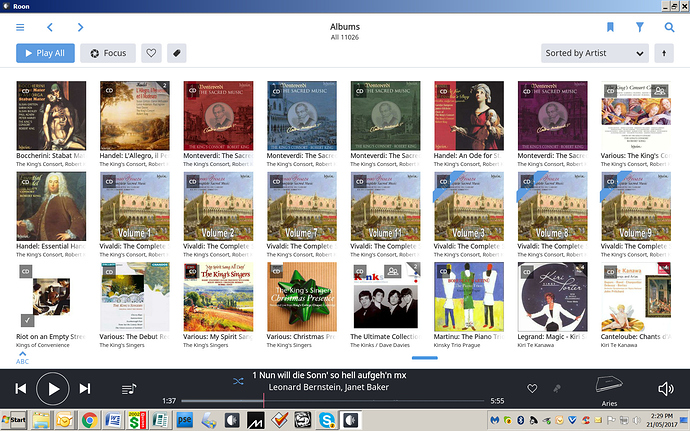 Now edited so they are back where they should be. Why on earth did that artist name get changed???