It’s very annoying that I’m not able to see all the album versions I have on my library
I’ll use this screenshot as an example.
I own 2 copies of Endless Forms Most Beautiful, 4 of Once, 2 of Dark Passion Play, 4 of Oceanborn, 4 of Whishmaster, 4 of Century Childs and 2 of Highest Hopes. ON 1.7 I saw all of them, now I can’t, and when I go to "versions2 on each album they don’t show 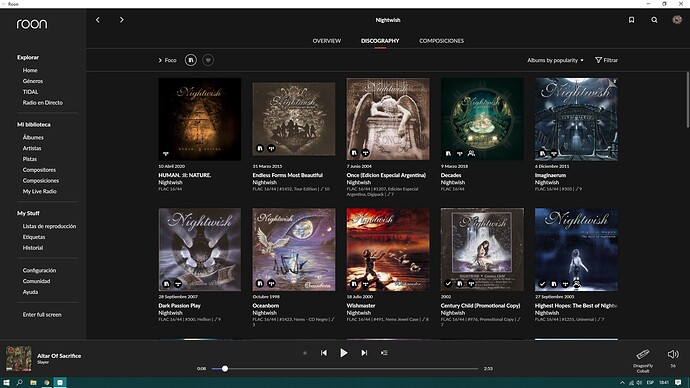 I’d check the settings but I have another problem there (Known 1.8 Issue - Settings not displaying properly or crashing [Fixing - Workaround Available] - #66 by macaumetal)

So at the moment, I can only listen to what Roon wants, and change the settings Roon lets me

I have the same problem, I only see Qobuz titles and there is no symbol to show I am in library view. I would have thought this would be a very basic part of any “improvements”

On 1.7 I saw all of them, now I can’t, and when I go to “versions” on each album they don’t show. But I don’t want them to show as duplicates. There was an option that was “don’t group duplicate versions” or something like that, but I can’t find it.

If I go to discography, I can’t see them, but if I go to the “view albums in library” option on the three dotted menu of the artist, 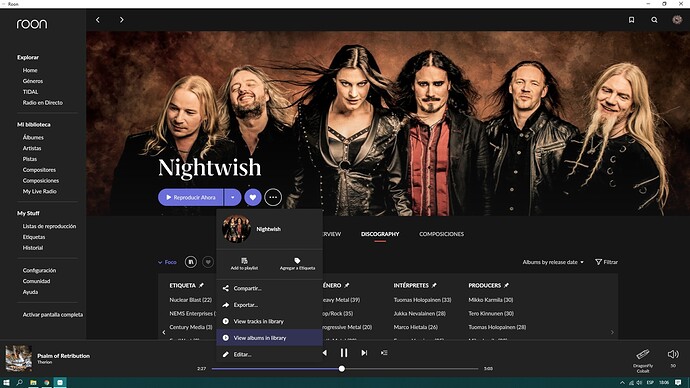 it takes me to all of the versions. 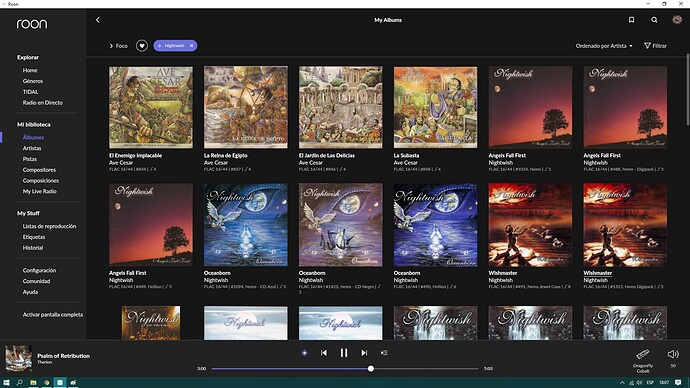 Also I have Hvman :||: Natvre on my files but it only shows the Tidal version, (which on 1.7 I deleted from my library), and it doesn’t give me an option to delete it. 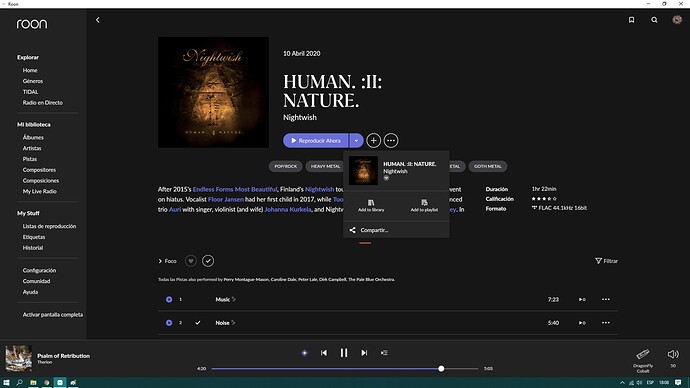 Turns out I didn’t have to go to “discography” to see all the albums on MY library. There’s a “show more” link on the artist page under the “albums on your library” thast will display them.
I think on the Discography section Roon refers to the entire discography of the band, not just your local files and that’s why it was showing Tidal albums only. 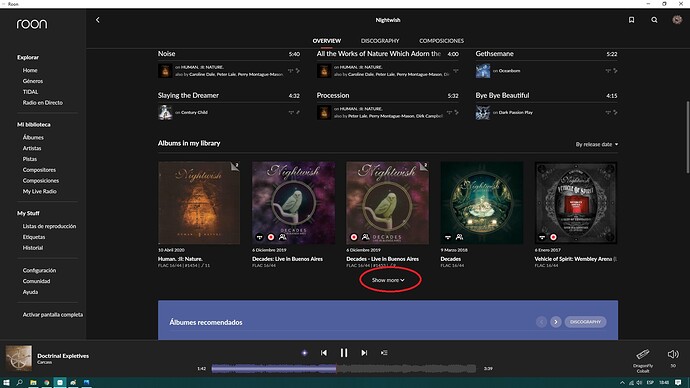 Once I clicked, voilá they were all there. 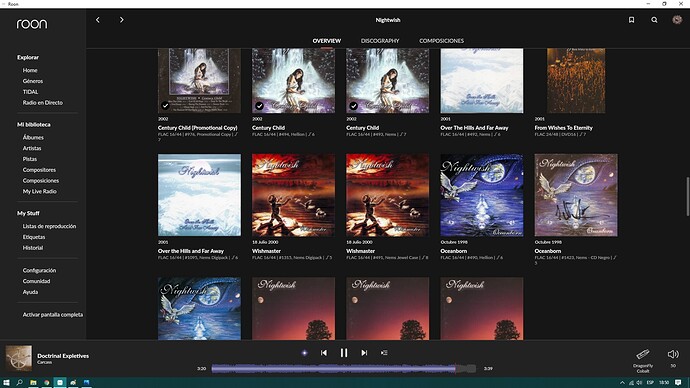