@scolley
Er, although this is the ‘Alexa voice control’ thread, I don’t have Alexa - I have Google Home devices - I just thought it was worth mentioning the alternatives…

My apologies. You did mention that. Not familiar with it, but the Harmony ties in with Alexa too. So assume d Alexa was involved.

I can also say “Roonplayer on” and then play music. And I don’t even have Alexa or Google!

EDIT
I’m sorry, I was joking, but seriously, turning things on and off doesn’t seem like an earthshaking advance. I never turn anything off in any case.

It’s Roon we are talking about. We should preserve its value. I want to be able to say:
“Play Italian jazz” (whether “Italian jazz” is a playlist, or a Tag, or a combination of the genre with the musician’s nationality).
“Play A Cosmic Rhythm with Vijay Iyer” (that is not the full name of the album).
“Play Cosmic Rythm with Wadada” (doesn’t matter who is listed as the album artist8.
“Play Cosmic Rythm” (this album has a unique name, unlike “Early cantatas”).
“Who is the bassist on this album?” (It’s Stephan Crump.) “Play his other stuff.”
“What is that album with Coltrane and Bags?” (Bags is Milt Jackson’s nickname.)
“Play all of Coltrane’s work except the Bags album, I hate vibes.”
“Buy this album.” (…if I’m listening on Tidal, Alexa is connected to Amazon, after all; note that this requires a pretty sharp understanding of “this”.)

Let me know when Alexa can do that.

I haven’t had much interest in Alexa voice control for roon. Until now.

Amazon have announced a new addition to the Echo family - Echo Show. Seems it has been available in the USA for a while, but now making it to the UK. 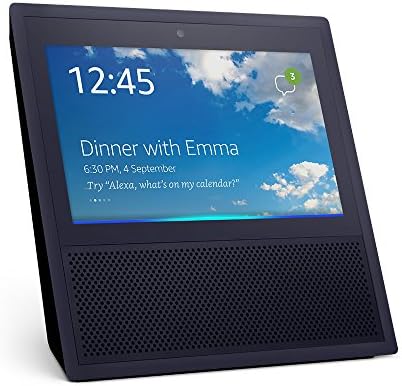 Voice responses from Alexa are now enhanced with visuals and optimised for visibility across the room. Call or message your family and friends who also have an Echo or the Alexa App, get the news with ...

It has a decent CPU in it - if it had USB output it could even be a decent endpoint.

Any update, the last important update was in July?

This project is in the back burner… It never worked well… Alexa seems to fail badly when music is playing, and the fact that Roon sounds like Room makes it even worse.

We could release it, but it’d be a very poor product. Additionally, no one on our team would want to live with it, so it would slowly wither and just be a sore spot for Roon members who would expect a high quality product.

The idea is great, but the implementation isn’t there…

We will revisit with future software updates

That’s a relief one, or more, less gadgets to fill my already cluttered life

In fact I’m a little bit disappointed but understand that the roon-standard can not be reached with the current implementation.

I am using roon in almost every room of my home. Never I would talk to my HiFi-system but in kitchen or bathroom voice control would be a nice feature.

Agree, slightly disappointing… I was not after full interactive control, simply the ability to pause, stop, play, next, previous. Would be nice to have the ability to say “Alexa, play <artist/album> in living room”, but most times I’d pick up the iPad for that. Agree, kitchen use (with messy hands) was the main driver.

We have an Echo in our kitchen, connected to Spotify, and it gets more music played on it than any other system in the house. SQ isn’t great, but it’s so easy to use that everyone can pull up songs. We had a 3 year old staying with us and she was playing songs all the time. Even my parrot occasionally calls up a song (no, I’m not kidding) from his cage in the next room!
There is something about that ease of use, you really can’t beat it.
It’s important that Alexa is able to hear her voice, and then turns down the music (almost off) temporarily so she can make out the spoken command. I wonder if this is one of the issues in Roon integration–Alexa can’t or doesn’t know to stop the music. Maybe there is an API call that needs to be added for that, so an external sound system (not played by Alexa directly) can be muted.

Yes disappointing. Can’t there be a name different from Roon for the purpose of alexa that could make it work? The skill could be registered under any name. It wouldn’t be ideal, but better than not having it if that’s the main stumbling block. Responsiveness would be an issue, true, but maybe that will improve. As people mention, the main use would be to change volume, start, stop etc. I would use this when in the kitchen or when people are home and music is in the background. I would still use the app when I’m immersively listening.

I was told over a year ago at show that roon was working on alexa support…what a disappointment.
Jriver works with Jriver with house band skill.

Even my parrot occasionally calls up a song (no, I’m not kidding) from his cage in the next room!

That’s great! My parrot liked the frequency sweeps when I was measuring the system to set up DSP room correction, and chimed in with his own sweeps, which confused the measurement system…

IAlexa will introduce so many negatives to sound quality.
The linearity of her voice will have to be accounted for in all the dsp filters.

And what happens when she decides she is not Alexa and wants to be Dolores. Sundenly she deletes your library and replaces it with today’s top 10 on repeat?

Could I softly suggest Siri integration might be worth looking at?

We have a couple of Homepods and Siri can easily understand what is being said, even with music playing (quite loudly)? Being able to say ‘Hey Siri, play Bon Jovi, Bed of Roses’ is a sirious [ouch] game changer’. If I could do this with Siri and a Meridian system, my life would be complete!

…of course you can, but will anyone listen (including Siri)

One important way I’d use it is part of whole home automation, as part of a routine that say, welcomes me home – turn on certain lights (Hue), set the A/C (Nest), open my shades (Lutron), and play some music using ROON. Right now, I accomplish this using an Echo into the aux port on my integrated, but hey, who wouldn’t rather have the quality of ROON and Tidal or my ripped music???

Everything is doable in this IoT… cmon guy I know you can figure it out!

Just want to +1 on HomePod integration. I picked one up last week and it just works flawlessly. It even understands what my 6-year-old asks it to play, from 15ft across the room, with music playing, flawlessly. Very impressive! Downside is that I can only use Apple Music or things in my iTunes library. I would love to see it working with Roon. Although I imagine the voice recognition may only work so well if it’s the source of the background music, which is not so good…

Hi, checked the forum, lots of discussion but didn’t spot the answer. I’d like to deploy basic control of Roon via Alexa- mostly if the phone rings: Alexa Pause Roon; Alexa Play Roon, and maybe Alexa Skip Roon. (I recognize that the extra layer of determining which Roon zone to implement the command.) Anyway is this available or on the product path? I’m using a Bluesound Node 2.

Word. I’m of the opinion that voice as an interface will be bigger than many people realize.

But I get why it might not be a priority for Roon right now, as @Rugby points out.