All ALAC Files showing as Corrupt

All connections via a TP-Link TL-SG108S Gigabit Switch

I have recently started to convert my library from FLAC to ALAC (so I can deploy it on Apple devices) and NONE of the ALAC files will play. All tracks are marked as corrupt.
They were all ripped using Windows Media Player (Sample Rate 44.1kHz, 16 Bits per sample)

Do they play on said Apple devices?

Personally, I use ffmpeg to batch convert FLAC to ALAC.

I haven’t yet imported any of the ALAC files to itunes but they do play on WMP. I will try a couple on itunes and let you know

Just to clarify, most of my ALAC files were ripped using WMP. Some of them were converted from FLAC (ripped using WMP) using Switch Sound File Converter from NCH software.

I have imported some of the ALAC files into iTunes and synced them to my iPhone. They play fine there too

I recently converted a few files to ALAC and some of them showed up as corrupt. I rescanned those files and the corruption went away. I don’t know what to do it you have lots of them, but perhaps rescanning the individual albums may clear them up.

Thanks for your feedback Kristofa. I have tried to re-analyse the files but Roon still tells me they are corrupt.

Hello @Colin_Simpson, I spoke to the rest of the support team about this issue today and they recommended trying to convert from FLAC to ALAC with another program, such as freeac. We did a quick test on PC for this and things went well! Please let me know if that helps. 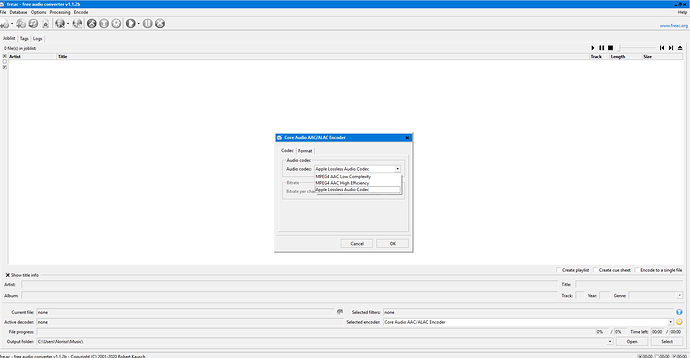 Thank you for the suggestion - success!!! I have converted one album from FLAC to ALAC and it plays fine and that is great news. However, I now have to re-rip many albums to FLAC format and then convert them to ALAC.
It looks like there is a problem with ALAC files which have been produced by Windows Media Player. At least I now know and can relax knowing I can actually use Roon with ALAC. Many thanks again guys!

What if you convert the “bad” ALAC files to FLAC and then back to ALAC using freeac? That might save you from re-ripping…

I will certainly give that a go - thanks for the suggestion!

I use dBPowerAmp for ripping and batch transcoding… highly recommend.

Do you rip to ALAC or FLAC Carl? If dBPowerAmp can create native ALAC files that work with Roon then I’ll get a copy. Ripping FLAC with WMP then converting to ALAC is a bit of a pain!

I normally rip to FLAC using dBpa on a Windows PC, however, it does support ALAC and many other formats as well…

I use the Mac version of dBpoweramp and love it. I think the Windows version is even better. Yes, dBpoweramp ALAC rips work great with Roon.

Maybe have a look at a 30 day demo of JRiver

It converts anything to anything

I’m currently working with Fre:ac as recommended by the support team but will have a play with JRiver if I hit any issues. Thanks for the advice.