Hi all,
Around the time I upgraded to the next newest version of the Roon Core software (approx. 3 days ago), I lost all Qobuz albums I had added to my library for the past 300-ish days. I can see the albums in “Favorite albums” tab in Qobuz tab in Roon, but not in my library.

I have tried signing out and in of Qobuz. Restarted my Roon Core (a proper reboot) - with no luck.

I saw that Roon said they had back-end issues after that update, so I am wondering if this might be the reason.

Hope you can help me.

All the best,
Jonathan

Did you rescan your libary?

If you mean in here: 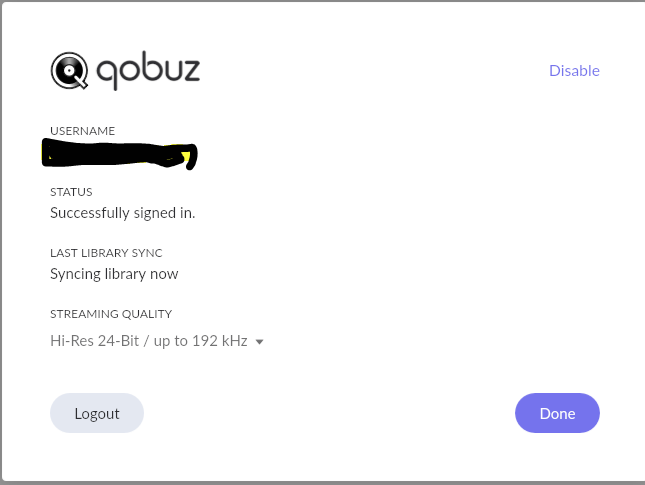 Then yes - many times

Are the albums visible under My Favourites in the Qobuz app? If so, no need to worry, since this is how they are added to Roon.

I suggest you log out of Qobuz in the Roon apps, reboot your Roon core, and log into Qobuz again.

Yes they are, and I am not that worried either

Still I am not able to see them in my library.
I tried to do as you suggested, with the same negative result. Thanks for the suggestion though.

Well that is scary!
Last year Qobuz favourites regularly disappeared from my library. They’d come back again - on their own accord - and nothing I ever did speeded this up. So, resist ANY temptation to rebuild anything!
I’m based in the UK and Roon staff admitted that it was an issue with the interface between Roon and Qobuz. They fixed it for me. Perhaps it is a country issue? I think it’s how Qobuz operate things rather than Roon (although that works both ways!).
At the moment, on the latest version of Roon, I haven’t had any issues. However, I do sympathise as it feels like the whole set up is trashed -

Patience is advised, but contact Roon DIRECTLY - using the support email. I think that’s your best option. My guess is that the Qobuz albums will magically reappear in the next couple of days.

thanks for your support.

. Stay cool the next time it happens. Might be worthwhile emailing support, though.