Here’s a classic example of Allmusic’s metadata problems. The song “Hypnotique” on the album Hypnotique is credited to Martin Denny and David M. The screenshot shows the Allmusic page. 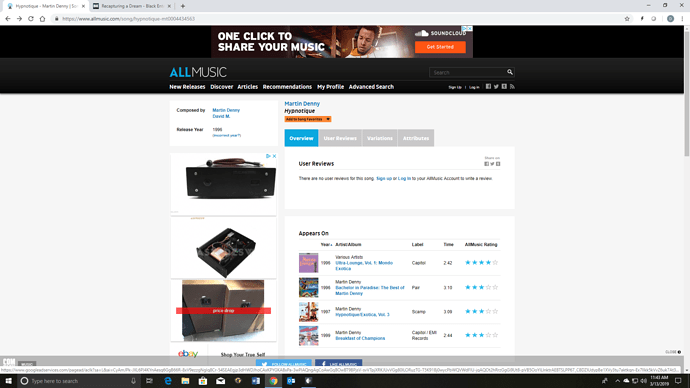 A quick search of the internet finds a Jamaican musician named David M. However, he is much too young to have been involved in the creation of Hypnotique. Further research (from Discogs) identifies David M. as Mack David, a frequent collaborator with Martin Denny.

Funny thing is, Wikipedia also identifies David M. as the cowriter of Hypnotique, so it must be coming from somewhere. Seems like there should be an easy way to correct this misinformation.

Seems like there should be an easy way to correct this misinformation.

AllMusic has a way to submit corrections directly, as seen below: 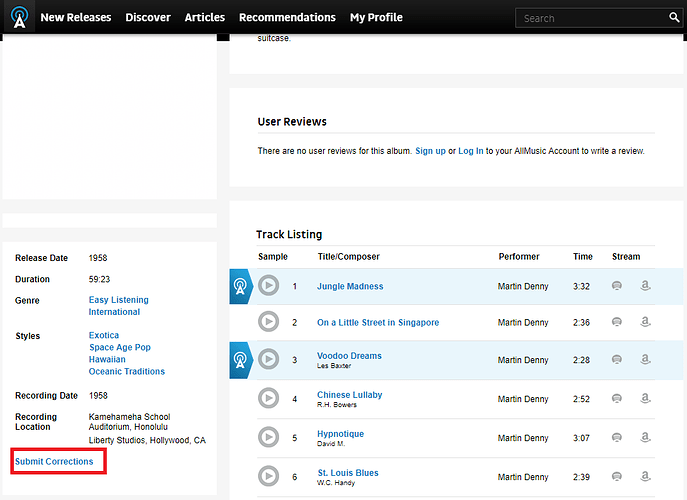 Oops. Of course you’re right. I just didn’t think it was my job