As per the bitmap (see red box), it would be great to have the 26 characters of the alphabet (plus ?) to quickly be able to find an artist/album (depending on the current view)

Click “A” and a list of artist/album starting with “A” would pop up and you can select from there.

The “?” would act the same as the existing filter. 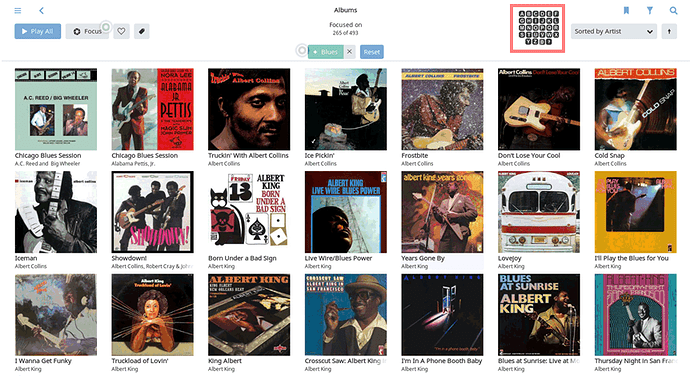 Don’t you already see that at the bottom left of that screen (ABC)? 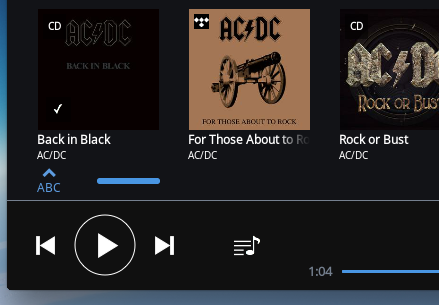 If not, what device are you using as a remote?

Well, there’s a thing! After almost 2 years with Roon, I didn’t know about that, or the fact that you can toggle the ABC on and off by using the tiny little buttons at the bottom left corner and bottom right corner respectively.

A great feature, but maybe it should be a little more obvious ?

All the “action” stuff is at the top of the screen… so wasnt expecting something tucked into the bottom left.

Follow up question… is there a way to play an album with just one click rather than having to drill into it and hit the play button.?

Have you seen this?

There is also a link to the user guide from main menu under support.