Am I missing something re pasting image URLs?

The resolution of some of the graphics is awful so needs improving. The simplest way is to paste in a URL BUT very often this never works, or works with repeated tries or requires a different URL. With some I have to end up copying and inserting by browsing.

So, I wonder if there is a trick to the URL copy I’m missing? If this exists I would be grateful to know it!!

POSTSCRIT: Of course it might be something in this PC like the firewall or a program is causing the problem. As only semi PC literate I would welcome any suggestions.

Do you have an example of a URL that isn’t working for you so we can take a look?

OK, I just struck this one from https://www.deutschegrammophon.com/au/cat/4448512

The image refuses to paste into my copy of this album. 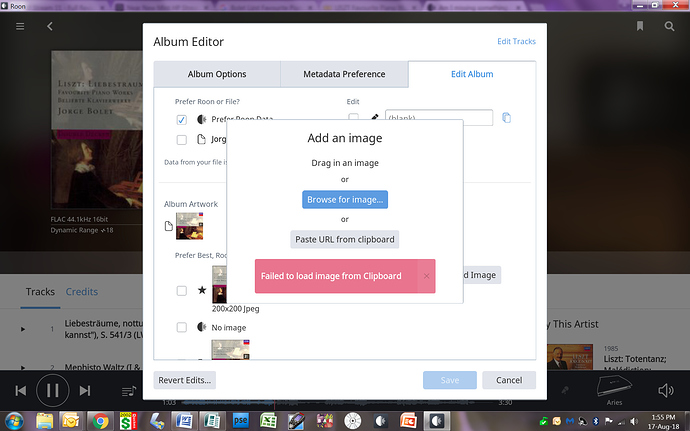 BUT the url from here did work https://www.amazon.com/Liszt-Liebestraum-Favorite-Piano-Works/dp/B00000427O

What is the difference between these two sites? That might explain the problems sometimes encounbtered.

Note that I have as much trouble from Amazon as from allmusic and other sites - works sometimes, not other times and on occasions, I never find a site from which the url will copy.

BUT LATER:
Here is one which works from Amazon: https://www.amazon.com/Fall-Berlin-Shostakovich/dp/B00008FMVZ

@JOHN_COULSON None of those URLs are URLs of images.

No, I realise that. I merely directed you to the sites & images where I obtained the URLs. Do you want me to send the actual URLs?

Yes please; that would be helpful.

OK, here is one 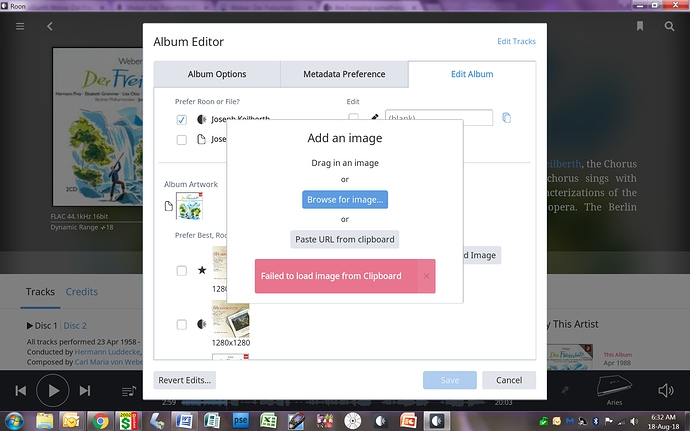 But this one worked

Now this is weird. I then went back to that first url. First attempt to install the image failed. But second attempt worked. Here is the url which only worked later attempt (from ALLMUSIC):

And it looks exactly the same!!! I’ll repost whern I have found another URL which refuses to be accepted.