Criss-Cross is Thelonious Monk's critically acclaimed second studio release for Columbia Records. The album consists of previously released Monk compositions that were re-recorded for Columbia by the Thelonious Monk Quartet. Criss-Cross was recorded during and shortly after the sessions for Monk's first Columbia LP, Monk's Dream. The quartet of musicians that appear on the album had been playing together for four years at the time of the recording sessions, and was thus one of the longer-lived b...

while in my library, for not clear reasons (not my files tags!) the credits are completely out of sense. and this happens in many Monk albums: 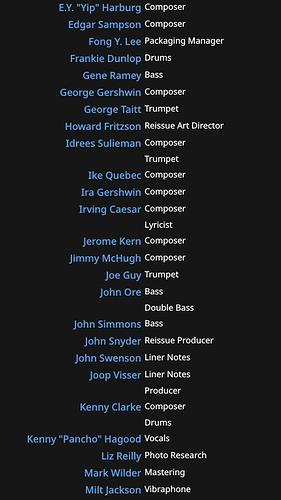 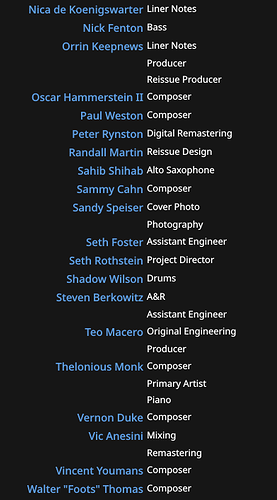 Thanks for the details, @Niccolo_Terzi. We are looking into it.