Another MQA error. File is not MQA

I’ve contacted Tidal support with no luck. So maybe this a Roon error ?

Others have same problem ? 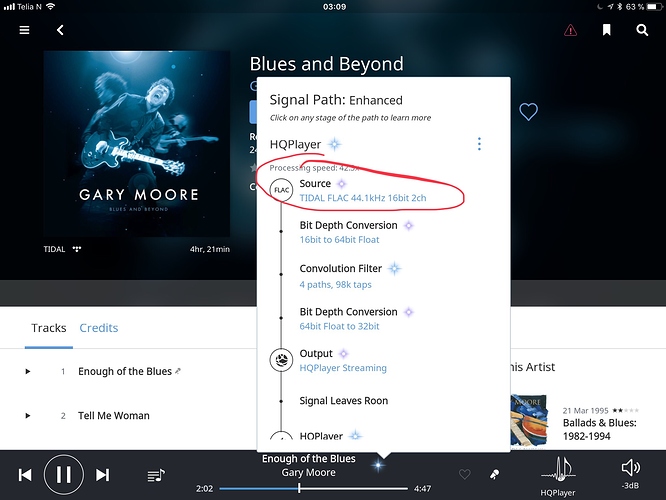 Album is of cause listed under Masters.

I can see two versions on TIDAL.

This one shows up like this in Roon, and lights a blue light on MQA DACs: 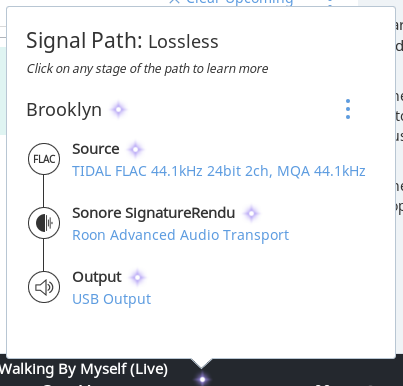 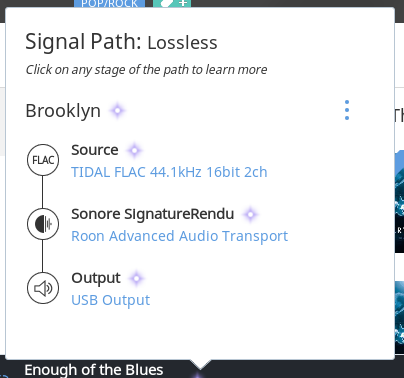 It’s pretty clear that TIDAL is sending Roon a 16bit file in your case. Simplest explanation is that you are playing the second version that I found.

If that’s not true, then TIDAL is sending you a 16bit file for a Masters album, and there is nothing we can do about it.

If that’s not true, then TIDAL is sending you a 16bit file for a Masters album, and there is nothing we can do about it

Yes, they are. But why does this not happen to you ? 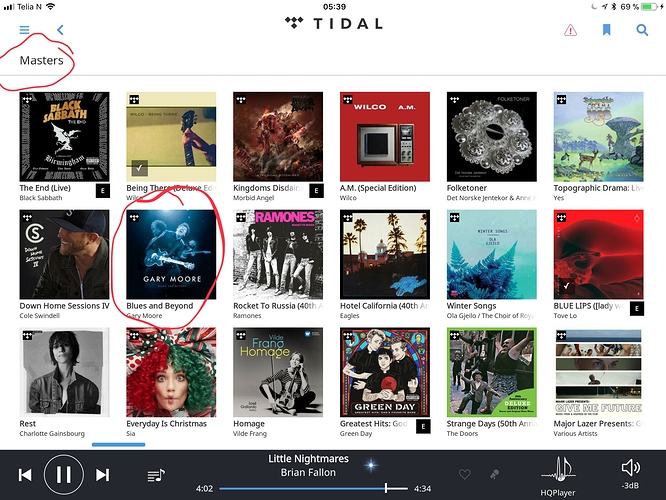 That album doesn’t show up in the “Masters” list in the US. I had to search for it. Maybe they stuck the wrong one in the list?

Look here. Only one instance when I search him up. And that one is actually MQA. 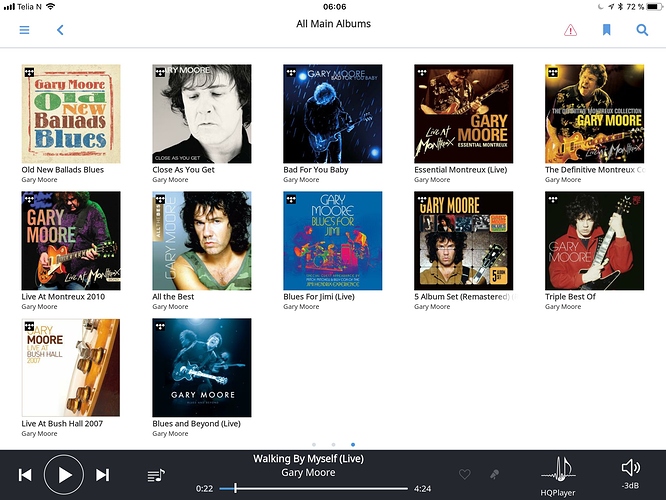 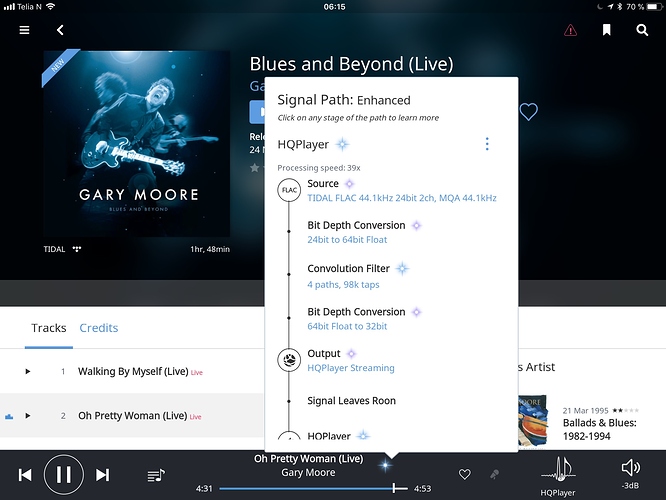 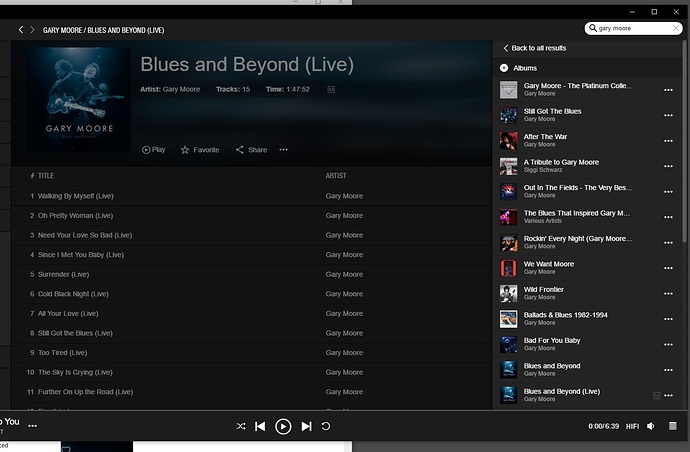 Simple answer: TIDAL has mistakenly put a non-Masters album in the Masters list (which we take verbatim). You can see it in TIDAL’s app here: 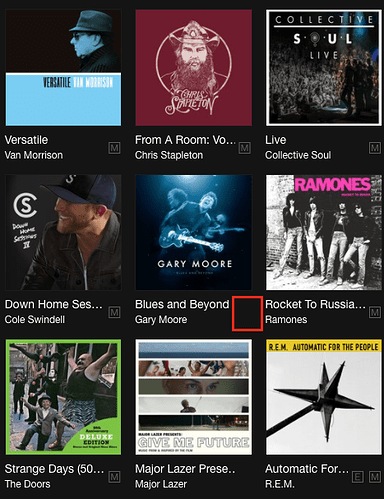 It’s possible that you’re only seeing albums in search that you don’t already have in your library. If you search on Gary Moore in the TIDAL app (your region), you find both. The one with the (Live) suffix is MQA. 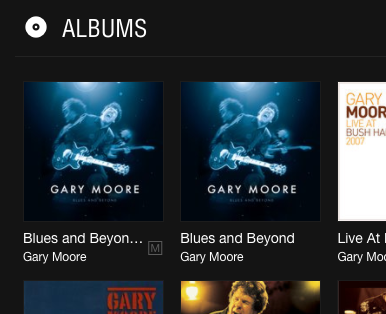 I’ll look and see if we can filter out “bad” Masters albums.

I’m focused on Roon, as I expect Roon to mirror Tidal correctly.

So I’m more interested in if you see same as me in Roon. ?

Is that a bug or a feature ?

Nope the album was not marked in my library. Also search distinguish between Tidal artists and library artists. At least those you have as local files.

I guess you’re talking about when you add a Tidal album to your library which mean something else, as that file is not in your library of local files.

Anyway if Roon are left out albums in a search that is marked add to library, I expect it’s a bug.

Edit: just did a search on Gary Moore, and yes, since I now has added that Tidal MQA Album to my library, it does not show up, nor does the non MQA album. Which I just noticed actually was in my library as well. (So I was wrong).
Both albums showed up another place in search. Interesting. Maybe a feature after all. I think I like it this way.

Deleted the non MQA, and now it’s under Tidal albums in search.

I’ll look and see if we can filter out “bad” Masters albums.

Then you hopefully do the opposite as well, and find album that is Masters, and not added, as in this case