Here’s a screenshot of the discography for the band Jazz Funk Soul. 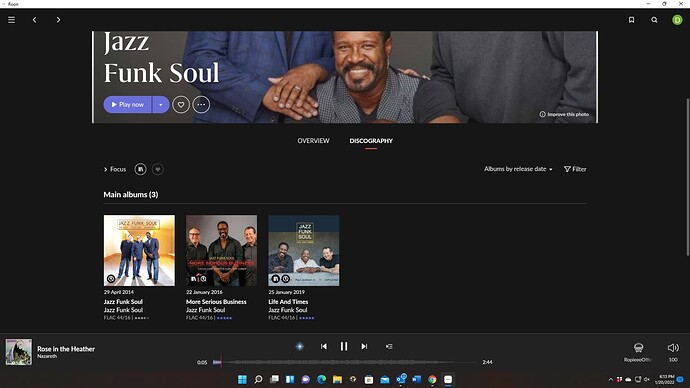 As you can see, three albums listed for the band. The 2016 and 2019 issues show in my library. Here’s a screenshot of the discography for the band focused on my library. 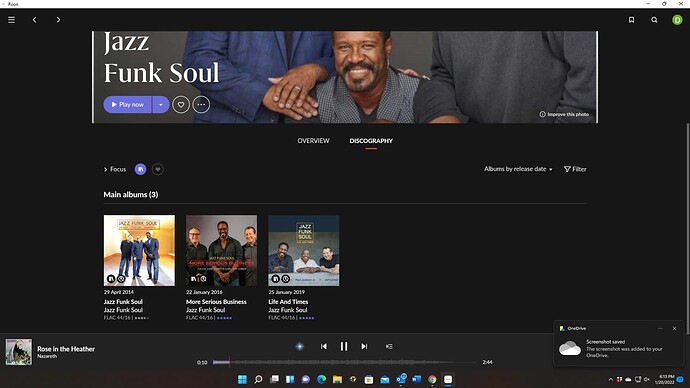 Now it shows all three albums in my library which is as it should be. Anyone know what’s going on? Not a big thing, but just a quirky behavior of Roon’s database.

Is the ODD CD identified ?

Yep, all my albums have been identified.

Does the 2014 album have multiple versions? I am thinking that it has a couple of versions and the Qobuz version is set to primary.

No versions, but the funny thing is now it’s showing properly. These are albums I added on the same day last month. I’ll keep an eye on this, but for now it fixed itself.