Any news on the Playlist issue?

I have made new playlists within Roon, that works just fine, but not from the (quite many, and with GOOD songs) ones from iTunes.

What do I do wrong? 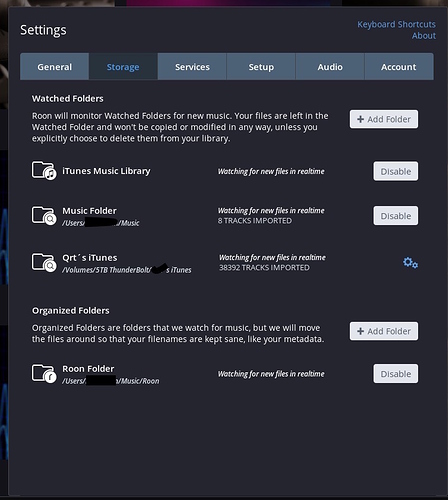 We’ve been looking into this issue and hope to have a fix soon. Sorry for the delay!

Looking forward to it

Any news on this Playlist issue?

Also looking forward to not having Roon automatically import playlists for all the albums that are in Roon.

Any news on this Playlist issue?

Hey @KnockKnock! Yes, we found an issue with our iTunes watching, and this should be fixed for our next release.

Does the fix include the ability to not include playlists for all the albums that are already in Roon (and hence no playlist required)?

Does the fix include the ability to not include playlists for all the albums that are already in Roon (and hence no playlist required)?

The fix I was mentioning is specifically related to how we talk to iTunes.

We have a ticket open to revisit playlists that identically match an album, to see if we can do better. I’m not sure whether it will make it into our next release, and we are aware of some cases where we may not be able to detect an exact match.

We’ll take another shot at this, but it’s lower priority than the iTunes sync issue, which was causing issues for a lot of users. I’ll let you know when we have an update @extracampine.

OK thanks Mike, look forward to it.

No playlists come over from iTunes in v1.1 either

Version 1.1 still seems to be importing album playlists. Look forward to this issue being fixed.

Same here, would love that fixed

@evangelist – is this the same install we discussed via email? Or a different install?

@KnockKnock – what are you seeing on the Storage tab of Settings? iTunes library enabled? Can you post a screenshot?

Did you get my email on other scenario of stuck on pulsing Roon logo? 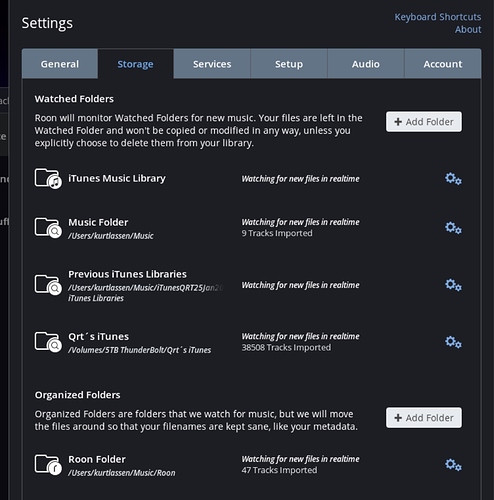 @evangelist I gather you already spoke with @Mike and have resolved the issue.

@KnockKnock, can you quickly clarify the issue you’re experiencing? Are none of your playlists being imported like @evangelist, or were you just responding to @extracampine earlier in this thread about Roon importing album playlists?

Sorry, yes none of my playlists from iTunes are imported into Roon

Hey @KnockKnock – can you look at this Apple doc and confirm the location of your iTunes XML file?

We only support the default location right now, so I’m wondering if we’re looking at an outdated XML that doesn’t contain your current iTunes playlists. Let us know and we’ll look into it.

Thanks, I cannot see the Apple Doc you refer to… ;=)

I attach a screenshot so you can see where my XML file is. My music files are on an external disc, my iTunes and XML files are on my internal Mac.
Hope that helps, and thanks for a REALLY cool product. I LOVE Roon ;=)