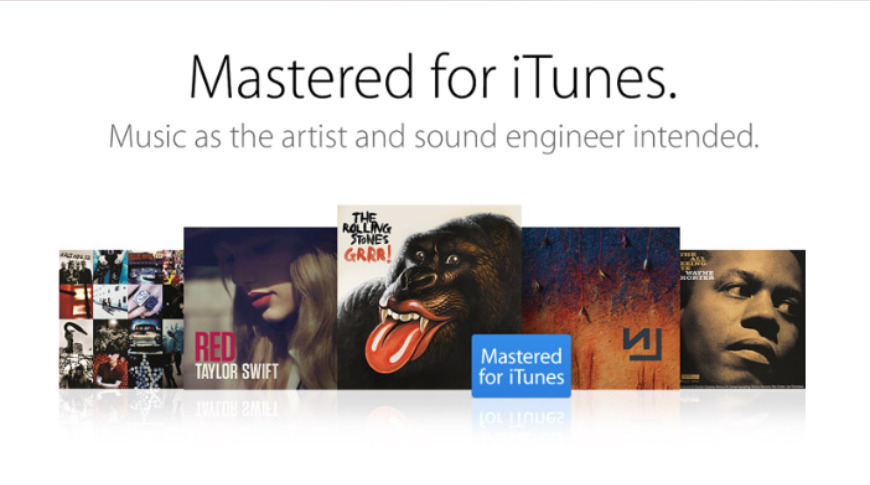 Building on its previous 'Mastered for iTunes' program, Apple Music has a new initiative to promote the creation and sales of higher-quality songs on its service.

Don’t confuse Apple Music Masters as lossless streaming. It is just merely to avoid all sort abusive DSPs such as ‘loudness wars’ etc. This is a good start as many Tidal lossless albums suffered from this, including Tidal Masters!

Merely to avoid? This could be rather significant if real. There are a good many albums that I would enjoy not being so punched up loud.

None of that would be in Apples control! All they can do is curate that part of their offering to only include well mastered content. However the vast majority of their audience is still the portable device and earbud crowd where loudness rules.

the way I read it is that it has nothing with higher quality res to do, just a pre set mastering supplied by apple. optimized for their own mediocre soundquality AirPods (which I have) and HomePod.

i don’t think it is a bad thing per se, its mostly convenience.

I think someone pointed out that all this is a name change and marketing. It used to be called iTunes masters and iTunes is being retired.

The whole idea is the Apple is asking studios to send them the hires files if available and they’ll convert to their lossy format. They’ve been doing I believe since 2011. So now if hires catches on, Apple could easily offer hires like Qobuz. I assume if Amazon is successful with hires when they launch later this year, Apple will roll it out next year. I doubt Apple will use MQA. Either straight hires and have some new way of delivering.

I would say some new proprietary way. They love a good lock down.

Please NO. Apple Music is compressed and not
Lossless. Surely no one uses this.

Surely no one uses this.

I use the crap out of apple music when I am on the go or at the gym working out. The airpods might be the best music purchase I have made in years. It has its place. Also, music discovery is fantastic with the “for you” stuff. For critical listening I have my tidal/roon/hifi along with my analog front end.

If anything, this points to Apple being less interested in hi res, but instead trying to make AAC as super as possible…

Well, at least they didn’t call it AQA

I don’t use Apple Music except in situations with

Mastering for Digital Delivery
For decades, the standard for consumer digital audio was the compact disc (CD) and
most mastering was done with CDs in mind. But with billions of streams and downloads
encoded as AAC to date worldwide, AAC is now the standard for digital music. It only
makes sense to create masters specifically for this format.

I’m not sure what the “walled garden” stuff is about in this context, given that iTunes has been selling DRM-free tracks for many, many years. Apple Music as a streaming service is no more (or less) “walled” than any other streaming service.

Anyway: this is a YMMV thing. “Mastered for iTunes” started with the premise that there are ways to master for lossy 256kbps AAC files that sound better than other ways, just like there are for Redbook CD. Apple’s methodology here is pretty straightforward. Does Mastered for iTunes make Apple Music sound better than their low-res competitors even now? I think so, but that’s subjective. To both the hardline audio objectivists and the “give me lossless or give me silence” folks, this is all a silly argument anyway, albeit for different reasons on either end. Personally, I’d love to see Apple Music support in Roon for a variety of reasons, but I’m not holding my breath.

Is it possible Apple is going to release a high-res streaming product sometime? Sure, given that they state outright that the deliverable to them should be “the original 24-bit PCM file.” Interestingly, I’m pretty sure AAC itself is capable of encoding 24-bit 96KHz files, and I’ve always wondered whether those could deliver “better than CD quality” at lower file sizes than FLAC – or perhaps even MQA – files.

AAC does not really have a bit depth or sample rate like pcm or flac it’s only on decode that such things exist due to the nature of the compression technology. Roon already decodes to lossy MP3 and AAC to 44.1khz/24 bit. They would need to up the data rate I guess but wether it can resolve anything higher resolution from the exisiting technology is unanswered.

Is it possible Apple is going to release a high-res streaming product sometime?

I wouldn’t hold your breath. I don’t think they see it as a viable business opportunity. Would love to be proven wrong