Are you ever surprised by the number of albums you have by any given artist?

Uncharacteristically i was doing a little library cleaning up today and realised I have accumulated eleven Bob Dylan albums in my library (most of them my own).
I hardly ever choose to listen to Bob Dylan so was a bit taken aback!

I don’t actually have these albums but I wanted to listen to Oscar Peterson … 871 albums. Whaaat ? Where do I even start ? Probably all re-editions of re-masters of deluxe editions.

How did you get that, I only find 174, I used Search, Oscar Peterson, selected Artist and scrolled down to the albums, I have both Tidal and Qobuz, where’s all my albums

I do listen to Bob on a regular basis

I’ve got lots of albums by some artists but was surprised by how many of Bob. Were you surprised by any of those numbers?

Weird. I did the exact same thing as you. The second album that shows for me is already missing in your list. Maybe it’s a regional thing ?

I have 33 Beatles albums (not counting versions of the same album), which is WAY TOO MANY. That’s the problem when a friend is a beatles fiend and says, “here’s some Beatles albums I ripped” and hands you a drive.

What would be really interesting is the percentage of an artist’s catalog that you own. For example I have mere 16 Van Morrison albums of the roughly 76 million albums he’s put out.

Bit surprised I have twenty Rush albums … thought I had more!

45 Dylan albums here, but that includes albums such as Rolling Thunder review (10 discs) as 1 album. So, I likely have plenty more!

I’m not listening to much Bob lately, but my son’s middle name ‘Dylan’ is named after him, so he’s clearly an influential artist in my life.

The Keith Jarrett - guess I’ve gotten a little carried away. That’s my library, not counting any streaming favorites.

Bill Nelson (Be-bop-deluxe) - 77 albums, all owned, and he’s still pumping them out. There’s lots i haven’t bought, yet!

232 Grateful Dead albums. It does get a bit difficult to locate a particular one by album cover sometimes…

Fred Deakin (aka half of Lemon Jelly) is at the top of my list, but only 13 of the 101 are actual albums - the rest are mostly EPs, mixtapes and singles. 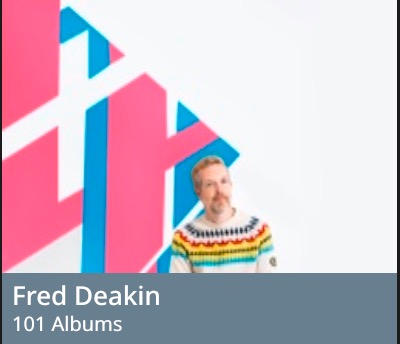 I thought I had replied to this some time ago but obviously not.

A few months back I organized my library by artists just to see and was shocked at the top three, by the amount and who they were.
Not sure what this says about me though….lol

Maybe I got stuck at the letter M?

I have 27 Barbra Streisand CDs. I was unpacking my CDs after a move and noticed how many I had gotten up to. I pick one up here and there to replace my LPs but didn’t realize I had replaced that many!

Just had a quick look at my collection. Apparently I have: