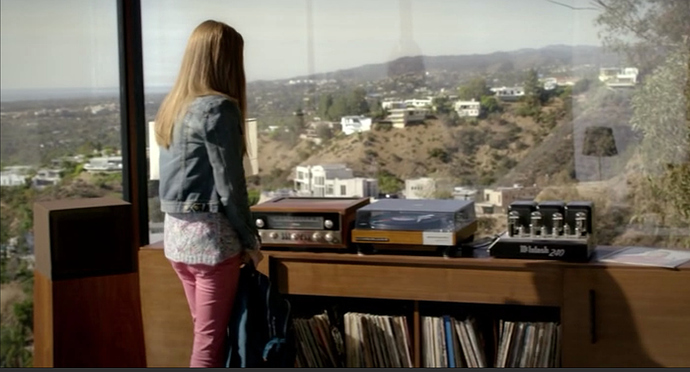 Yes, I was trying to identify his gear but could never get a good shot. Any ideas on the speakers?

I was trying to identify his gear but could never get a good shot.

I had the same problem with the gear on HBO’s “Sharp Objects”.

I have always enjoyed seeing audiophile equipment on TV and movies. Bosch’s dog is named after a musician. They refer to the McIntosh pre-amp as an integrated amp, but it looks to me to be a C22 or C24 tube pre-amp which I had owned.

There is a degree of romance in having such things (as well as classic cars) in movies/TV. It is intended to make the person appear more abstract.

I had to Google your original reference.
I’ve stopped watching Amazon Prime fiction and especially the cr*p on NetFlix.

I discovered a new (to me) channel - Criterion.

Classic and obscure, domestic and foreign films from the 1920’s and on up.
I stopped subscribing to cable, so I needed a TMC replacement.
No HiFi equipment displayed.

Criterion is a curated movie restoration label that produces high end DVD/Blu Ray restorations of movies that they consider “great”. They have been around for decades, and awhile ago I had collected their DVDs. Some of the out of print ones still go for 100s of dollars.

I found the answer:

The MX110 was a pre-amp/tuner combination, and I thought (likely incorrectly) that the show has a McIntosh 240 basic amp rather than a 250.

With regard to media, the combination of the new HBO MAX, Netflix, Prime, provide us with all we need. We watch TV from 7:30-9:30 pm only. Because of my son’s job, he is given perks, and we get all of the above for $10 per month.

During the day, we have news and stock market. Occasionally, we rent from RedBox or Apple. My wife likes most the documentaries on musicians. Last night it was Jeff Lynn. These were generations before her so it is like a history lesson.

Back on topic, use of stereo components in a series has a more meaningful (to us) impact as to the abstract thinking of the character…a L.E.O. who likes jazz.

Yeah, that I knew. I think I might have had a Criterion laser disc, a long time ago.
I didn’t realize, until last week, that they had a streaming channel.
Yearly subscription is 2/3 price of a Qobuz special, but of equal value, to me at least.

I just knew there would be a MacIntosh somewhere in your past.
Back in the day, Macs were the kit to have. I guess, for many people, they still are

My wife likes most the documentaries on musicians.

Recently, I stumbled across a Miles Davis doc. I think it was on Amazon Prime.

It was a great period for stereo equipment, going to audio stores, and listening to electronics and switching between speakers. Hardly ideal but was a great deal of enjoyment yet likely draining on sales people.

McIntosh and Marantz were the two big competitors at that time although it was close to the time Pioneer emerged. I remember purists chuckling that “someone would buy electronics made in Japan.”

The Marantz 10B (tube) FM tuner became a pricey object.

I could not see what the turntable was, but I would have thought he would have chosen a Dual or AR and perhaps Klipsch speakers, but…it would be interesting as to whom among the set designers made those decisions. The show is, indeed, filmed at the L.A. police headquarters.

Oh I found a page where someone knew what the items were, and with a much better and closer pic. The posters of that forum were arguing whether or not someone on staff actually knew their equipment.

I tend to think someone does. The choice of equipment is a statement on the personality of the title character. I think the under beats of the show surrounding jazz are great, like this season where his daughter, who had been exposed, started spouting jazz knowledge to her new boyfriend. Art Pepper indeed.

Thank you very much; we shall see the Miles Davis doc.

My early stereo was Fisher and Scott, but I wheeled and dealed equipment as some still do, and was able to get Marantz and then McIntosh. I owned a lot of that brand for several years, then went Conrad Johnson, Revox, Thorens, Acoustat…and eventually ran out of time and made a whole bunch of babies, and they have been the best use of resources. I listened to Barney more than Beethoven by then.

The reason I own McIntosh today is the same reason I would buy back some of my Harleys…nostalgia and they re-sell very well.

My early stereo was Fisher and Scott

Early on I had a Scott receiver, 20wpc.
The tuner (of the old slide rule type) was the best of a good receiver.

I would buy back some of my Harleys

My last Harley was a Fat Boy. The assh*le I sold it to put ape hangers on it. If I had known he was going to do that, I wouldn’t have sold it to him.

We seem to consume the same things.

We have two choices regarding the music and equipment chosen:
a It is the personal taste of the author or the set director, the latter choses art and decor. Indeed, if you watch and/or listen to The Americans, there are 80s correct furniture and even wall paper choices.
b. It is meant to make Harry a more compelling person…his mom was a prostitute…yet he likes jazz

“These kids nowadays” are unlikely to have had households where such music played. And sitting and listening to music is not part of a lifestyle…nor are record shops…grabbing an album and going over a friend’s house…or having a date where the two of you went to your place to listen to your latest album acquisition from Tower Records.

That was my point. Harry over the course of the seasons we have seen him attempt to tell his daughter about the music he was playing. Then here in season 6 we have the payoff and see that all along she HAD been listening and absorbing.

Yes, the social aspect of acquiring, playing, and gathering with friends to do so is long gone. Sadly When I bought a new record all the neighborhood friends would drop by for a first listen.

I have arguably owned 30++ Harley’s. The last one I bought in early 1996 to give to my then born son. As I reconsidered this unhealthy hobby, it sat in our home theater. In 2004, I traded it for Viper. It had 18 miles on it when traded. It may have been my 4th-6th FatBoy.

Listening to Born to Be Wild and going for a ride was a great sensation in early years. I always associated music with riding.

Actually, my favorite Harley (hard to imagine) was the final AMC Wide Glide. 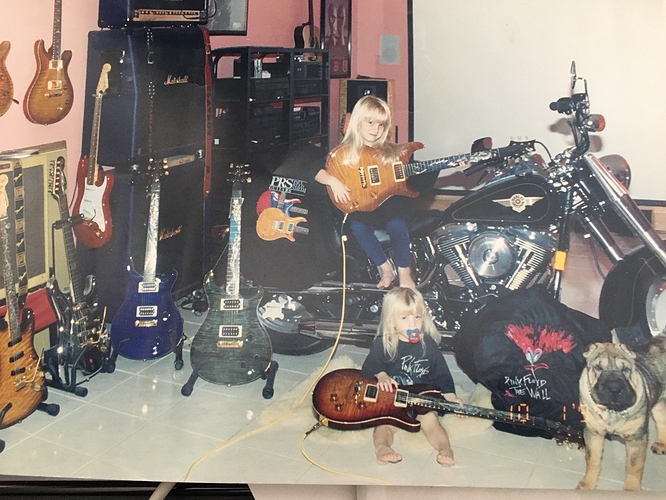 Golly, you had/have a lot of toys.