In the artist browser, Dylan is shown with a pink rectangle, clearly different from the the missing image symbol. But I have an image for Dylan, which shows in the artist page. 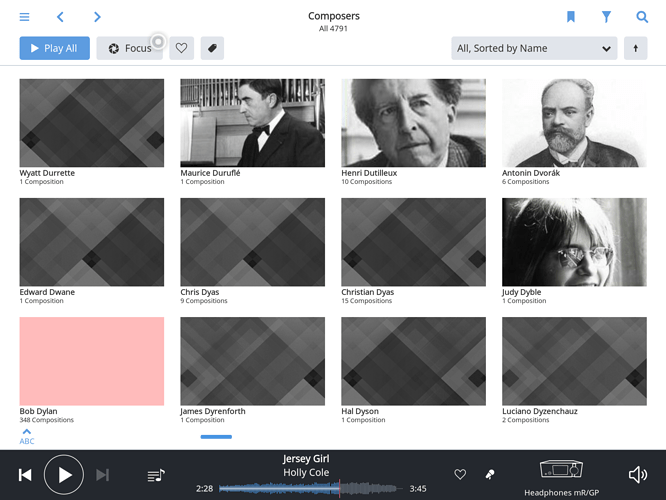 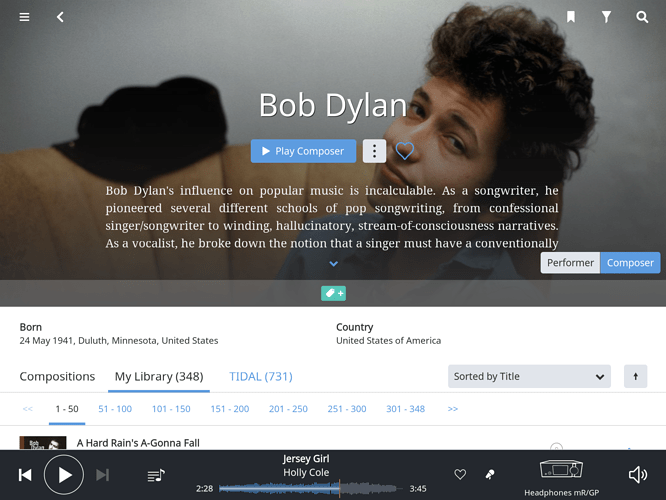 Have you tried clearing the image cache on your remote?

I thought that would take care of it, and I was going to say, “but it is nonetheless a bug.”

But strangely, it did not go away. Dylan, Manfred Eicher, Kurt Elling were also pink. But as I browsed, several of them showed up as gray rectangles, see image below. And as I browsed back, the pink ones were now also gray (more dignified). Interestingly, the other ones lacked images, unlike Dylan. Initially, they showed up just with nothing (see Ellington below), but going back later Eicher has a gray image on the artist page. 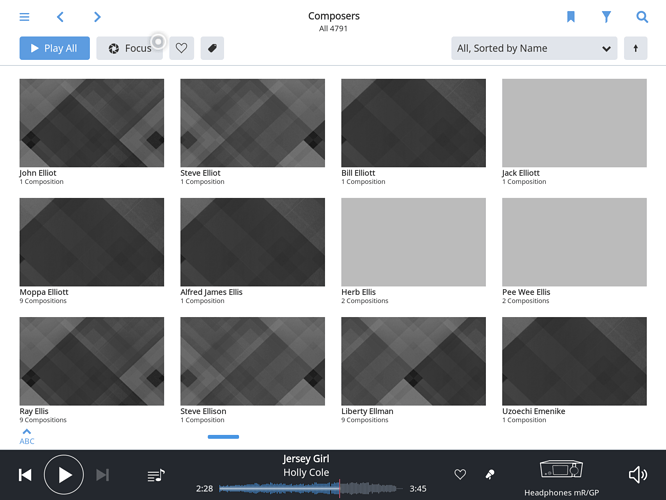 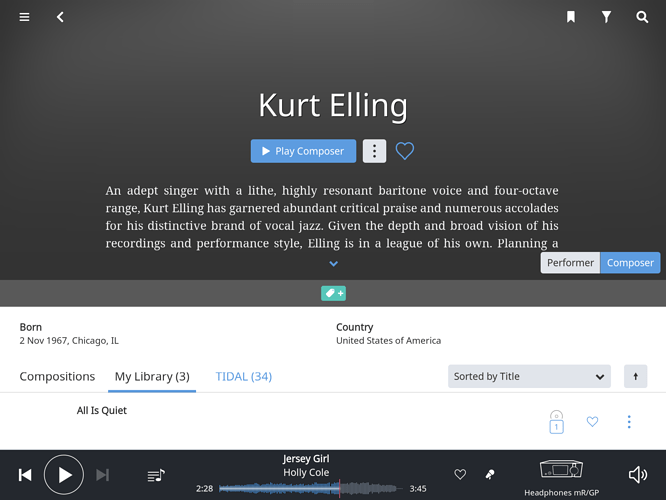 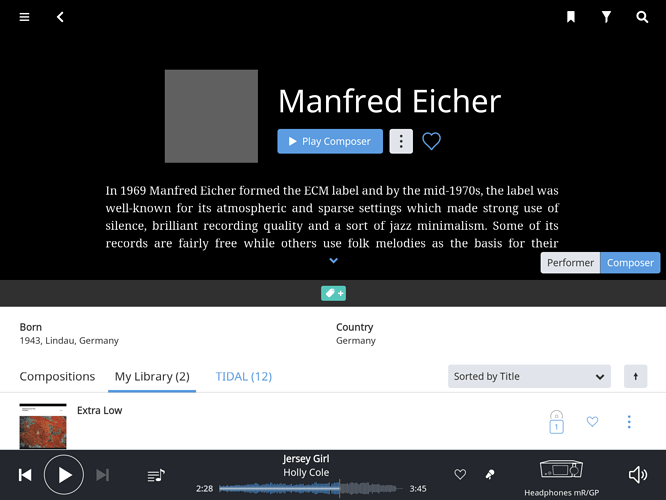 Now lots of things are gray rectangles. I have restarted Roon after the cache clearing, which took several tries. I think my iPad is in bad shape. Memory leaks, or other resource leaks, probably. I’ll reboot.

Did not fix it! Still get some pink.

The gray is likely just waiting on the images, after the cache wipe. Eicher shows as a gray image, when I go to Edit, the system shows it has a 400 x 400 image but can’t show it yet, a spinning wheel.

So there is a bug here, the misbehavior came before the cache wipe, but some of it is not a bug.