i fully agree. time for marketing blabla is over, give us working solutions!
With the current speed of loading artwork/music/etc. i will have to find another solution if not fixed immediately. we can expect core functionality to be tested and working for this money.
And i am definitely unwilling to reconfigure my network with every new Roon-build…it’s ridiculous.

Any other solution which you could recomment? Plex? Audirvana? what else?

waiting for reply from support… well, let’s say for solution from support… go into Settings… General Settings… and do not flag “allow more cover and pictures”… this seems to quite speed up the thumbnail

(one hour later)… update: no, tried and it is as sloooowww as usual

Indeed, too slow… It might work with the local Internet connection around the “factory” but not worldwide , at least not in continental Europe. Cloudflare, Akamai and Co. aren’t an excuse…I am not willing to be the guinea pig for every release. Either Roon labs gets sorted to deliver stabile and usable versions or i am out - allthough i have paid a lot. Roon labs tend to deliver stabile , good Software in th epast. What changed? featuritis??? I am at least not interested in featuritis - especialy not untested and stabile.

How can I get the old version as this current version is unusable? It takes up to 15 Minutes to load the thumbnails on any screen!!!
I am faster locating music in my vinyl collection currently - lol

2 posts were merged into an existing topic: No images at all

I must say, this is how my system currently responds as well. Pretty snappy. And the local caching does happen after I’ve scrolled through a section. The searches can take… a couple seconds, but artwork populates pretty much simultaneously with the results. My response times are similar to your video, Brian.

Just as a datapoint. Thx

And thanks for your thorough and measured response. Appreciated!

Artwork loading is ridiculously laggy now, whether scrolling through a genre, tag or opening a specific album.

Why, after every 1.8 build release, has Roon gone ONE STEP FORWARD & TWO STEPS BACK?

I’m a lifer, it’s really p*ssing me off now. Honestly, get a grip at Roon towers. Before you innovate please, PLEASE fix all the problems the community have highlighted and are crying out for… and don’t get me started on the horrific iOS scrolling experience.

Seriously, how’s it got so bad?

@support, Any update to this problem?

I moved your post to this existing topic on the exact same subject to keep them all together.

Hey all, just wanted to provide an update on this.

First, thanks for the videos. It is really helpful to see what you guys are actually experiencing.

We did some investigation today. In a simulated environment, we have worked out how to produce behavior similar to many of the videos you guys have posted. Currently, we have to turn several “knobs” to simulate behavior like this.

We’ve validated that our caching system and CDN is working as expected (it is), which mostly isolates this to the Roon application itself. We found a couple of areas that could be optimized. We’ve also improved the diagnostic logging within the app around this topic, so in future releases we should be able to debug stuff like this more directly based on your system logs.

This is a little bit of a “before” / “after” of those optimizations:

Among other “knobs”, I am VPN’d from the US into Belgium for both of these videos, which is a fair bit worse than actually being in Belgium because I’m subject an extra ~120ms delay on everything that someone in Europe would not experience.

We are not done working on this yet. I am hoping that with a little bit more information, we can do some more work on this before making a release and seeing how it goes for you guys.

Anyways, for those affected, if you have the time, I’d appreciate answers to the following:

What is your internet connection speed? (please post a result from speedtest.net) 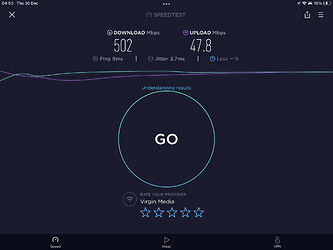 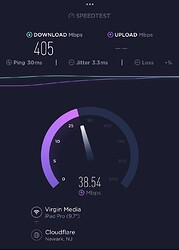 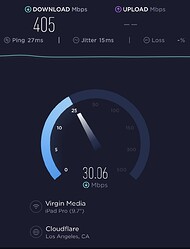 What are the specifications of the display device where you are seeing the problem?

What are the specifications of your Roon Core hardware? 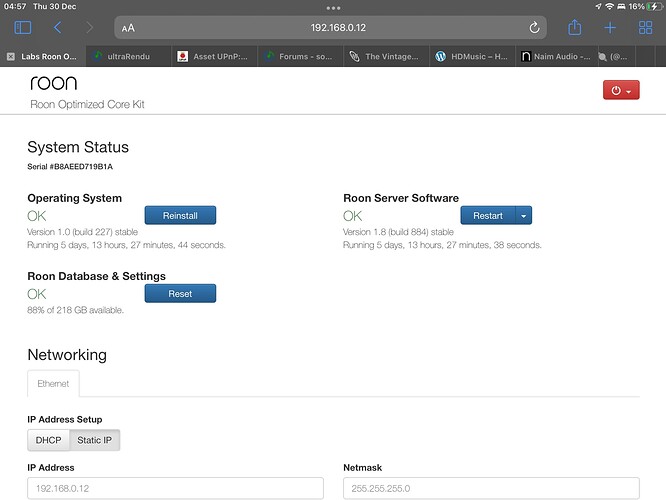 How many tracks are in your music library? (check the home screen in Roon)

What is the network connection between the display device and the core? Same machine? Ethernet? Wifi? If Wifi, what router and/or access points are you using?

A segment of my network diagram, from Jan ‘20 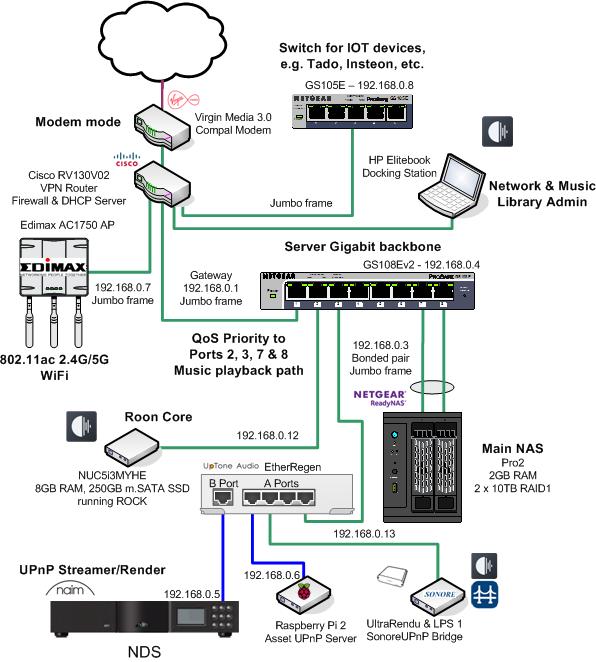 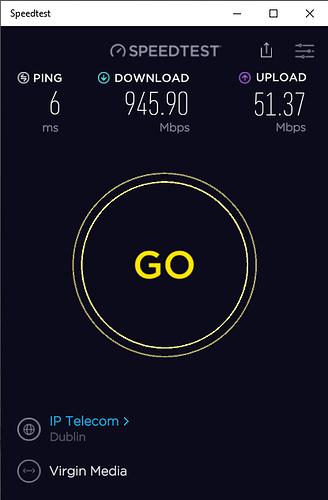 image415×632 29.9 KB
As such, I have capacity to serve Gigabit traffic both as LAN or Internet originated traffic to wired devices, such as the NUC based ROCK server.

Hence my requirement to have all relevant data, information and images relating to my music library cached and stored on the NUC dedicated to running the Roon Core serverunder ROCK, so that the controlling Roon Remote devices, which are likely to be portable Wifi connected devices are not having to make calls to remote internet-based servers to obtain this metadata at the point of being required. That this information is just served within the local network and not via the CDN.

If the ROCK server makes background caching checks with the CDN during the night, or at periodic intervals and pulls down updated images and other data, so be it, everything is connected 24//7.
Just as long as it can be ready for when I pick up my iPad and open Roon and it is all there instantly.

As such, I think this is a hybrid approach of the latest CDN approach, for the latest and best images that the Valiance engine can serve but with local caching, or pre-population on ROCK or other servers dedicated to running the Roon Core server.
Maybe it’s then different to when a general-purpose machine is being used, where the caching for pre-population with associated database, traffic usage requirement may be a problem as that machine is being used for other purposes as well as running Roon Core server. 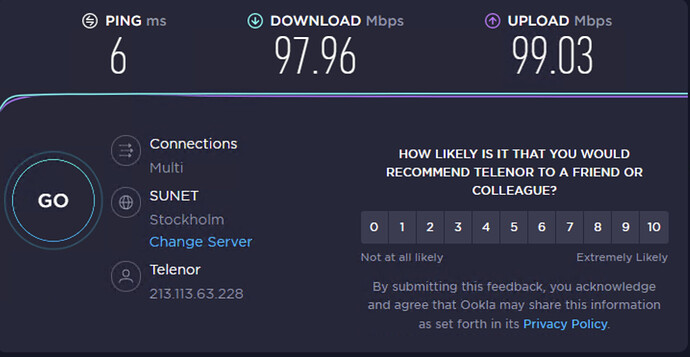 image1442×747 131 KB
Sppedtest selects a nearby server, so i selected one of Cloudflares servers on the US East coast also: 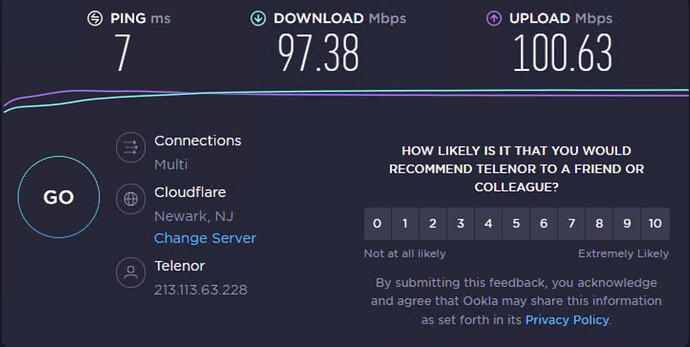 These were aquired via RDP on my Roon Core Win 11 in the scheme below: 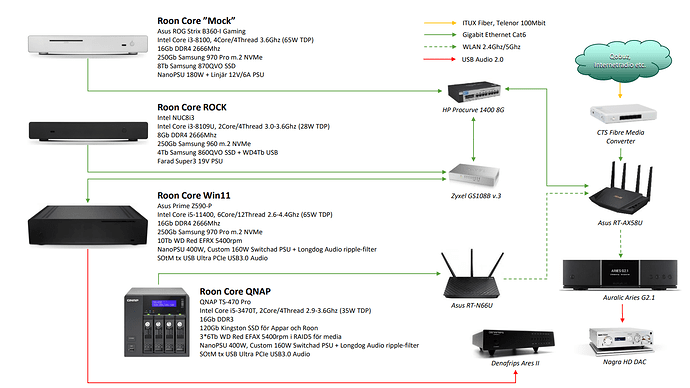 image1587×893 315 KB
Music library is local (and same) to each of these servers, and is roughly between 10K and 12K albums in various resolutions, mostly RedBook but a lot of HiRez and DSD also, resulting in a library of about 7-8Tb. Around 3-400 albums from Qobuz is also added, no other music services as of now.

My control devices are mainly iPad Pro 12.9" 2020 and iPad 9.7" 2018, no big difference there.
I also occasionally use my HP Elitebook 840G6 as Roon device and the experience is very similar to your first video @brian .
The iPads are connected on a very good 5Ghz WLAN and the HP is utilizing Wifi6 on the same router. (When file copying, well over 1200Mbps)

Thank you for your response and helping us out. I too have this problem today after an Internet outage this morning. Now, after the Internet service is restored my iPad shows no image at all. So your question in regard to how fast is the speed is rather irrelevant because in the old days, even without any Internet, I could still my artworks in all of their glory. Now, all I see is just title of the album with no cover art whatsoever even for local albums that I manually flagged to use local coverarts.

My speed is not as fast as what simon_peper has. Mine is only 100Mbps upload, and 50Mbps download. But, even that I think is still far more than typical, especially where I live. But, as I said earlier, this should be irrelevant. In the old way, even with slow Internet connection, the graphic arts were there.

So, yes.I am asking if you could reconsider going to the old way of managing image arts. No need to have frequent updates, or if need updates they could be done on the demand. But, we all should have a basis cover arts to as a base.

I don’t think these are isolated cases.

Or I could just adapt to seeing black cover arts. All my albums just became The Black Albums. Sorry Metallica.

No need to have frequent updates, or if need updates they could be done on the demand.

I agree in full with this sentiment! I couldn’t care less about daily updates of artist and album images, they MUST be cached locally once, and on every manual update of the library (or whatever mechanism).

To be quite frank, the quality of art and illustrations really took a nose dive with Valence… If the community effort actually improves anything in the end i don’t know yet, but i suspect that very few has got an eye for image editing and the knack for identifying whats suitable and not.

(And to be honest, i bought Roon so i wouldn’t need to spend man hours on editing images. I provide all of my albums with images anyway, to accomodate UPnP devices and Bluesound devices, but Roon did a good job previously, with improving my basic work)

Thanks for the update, Brian - details of our setup as requested:-

A post was split to a new topic: Character limit in thread titles and posts

So your question in regard to how fast is the speed is rather irrelevant because in the old days, even without any Internet, I could still my artworks in all of their glory. Now, all I see is just title of the album with no cover art whatsoever even for local albums that I manually flagged to use local coverarts.

they have to store pictures locally in the NUC/computer/SSD/whatever… that approach to force people to download all the time always the same stuff doesn’t work! NOT reliable enough!

question: why do we have to spend our time in talking about this bugs (that this is a bug!) instead of listening music?

info for Brian that is asking about connection speed, numebr of titles, hardware configuration, etc

I agree with your sentiments, I had a little go on it then got bored very quickly and asked myself why I should be doing this. .So now the answer is to choose not to contribute and let others make decisions on how they look for the better or worse. I am not looking forward to when bios and reviews get the same level of user access to edit or change them. Any way this is going off topic.

Internet ISP is Virgin Media 350mb/s speed down 35mb/s up.

Here is an odd example where the artist pictures don’t show on the info page. Click through they do show although in both cases it’s just initials. The images are cached but just don’t show on all views.

No need to have frequent updates, or if need updates they could be done on the demand

they should tattoo this phrase on their forehead… so that every time they look in the mirror they can remember that we are interested in listening to music and having a reliable service, not tombstone style pictures

Thanks for looking into this and for providing an update. In my case the environment spec is as follows: 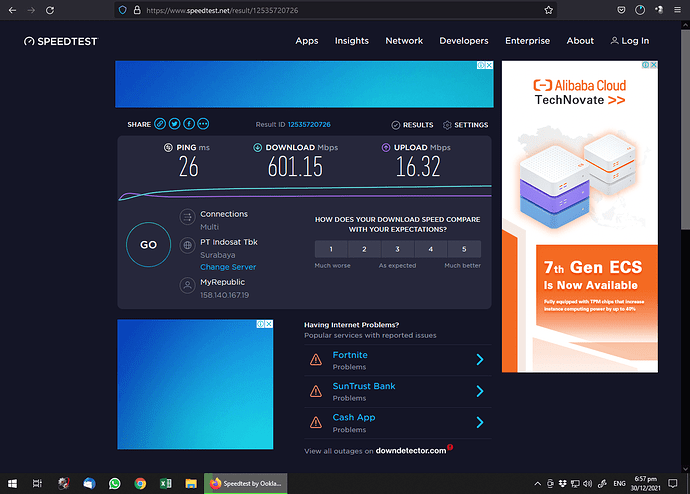 This evening, the graphic arts finally decided to show up. But, browsing and waiting for them to show up still does not feel as responsive as before.