Artwork not displaying after roon 1.8 upgrade 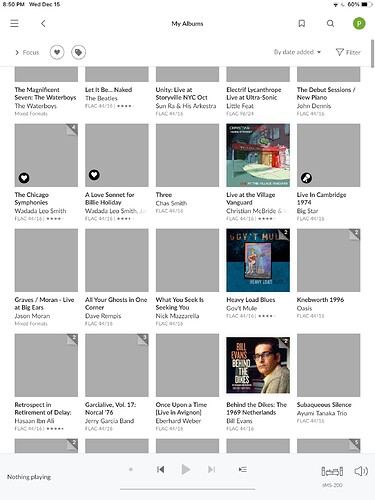 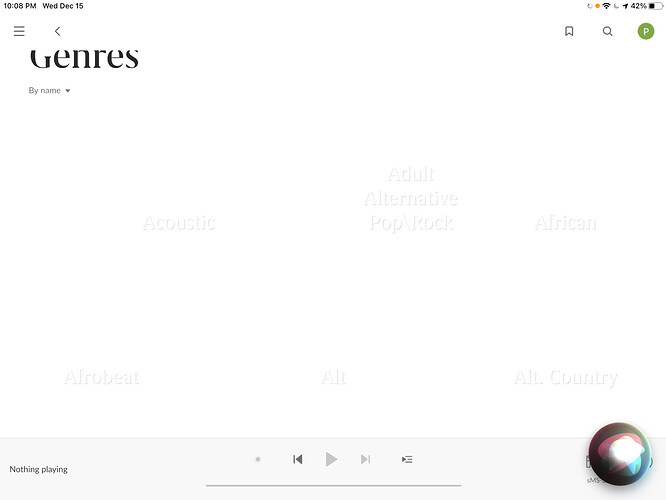 With our latest Roon release, images are being downloaded “on-the-fly” from our image servers, so if a network is unstable you may see behavior like the one in your screenshot.

Please be aware that we highly suggest staying away from ISP-provided routers, as we have often seen them be underpowered and unreliable (as mentioned in our Networking Best Practices Guide):

Poor quality or underpowered routers can play a major role when it comes to networking difficulties. 802.11n was superseded by 802.11ac five years ago, so at this point, 802.11n routers should be considered obsolete. Furthermore, the performance difference between early 802.11ac routers and current models can be substantial due to differences in CPU/RAM allotments. ISP-provided routers are often underpowered and poorly behaved. Finally, we strongly recommend against using Apple network devices such as the Apple Airport Extreme and Airport Express (note: it’s fine to use the Airport Express as an Airplay device). To ensure the best performance, we recommend against using these devices.

A few troubleshooting suggestions that you can try here:

Let us know if any of the above suggestions help!

Thanks for your response, Norris. Am wondering why the artwork in the meta data of my music files has to be downloaded from Roon’s servers?

Even if I find a top notch router that is compatible with at&t internet & u-verse, I’m guessing with my large collection I’ll always be waiting for Roon to download images.

Also where did the images button on the album page go? Have many pdf files associated with albums that are no longer accessible.

Looking forward to your response.

Apologies for the delay in getting back to you here, I was out of the office.

Am wondering why the artwork in the meta data of my music files has to be downloaded from Roon’s servers?

This was a change in the latest Roon release, this is due to Roon users now being able to vote on the “best” image and Roon always showing you that best image.

Have you been able to replace the router? Has there been an improvement in behavior if so?

Also where did the images button on the album page go? Have many pdf files associated with albums that are no longer accessible.

If you Right-click on an album → 3-dot menu at top → Edit → Edit Album → Album Artwork, the Add image button should appear there, are you able to see this?